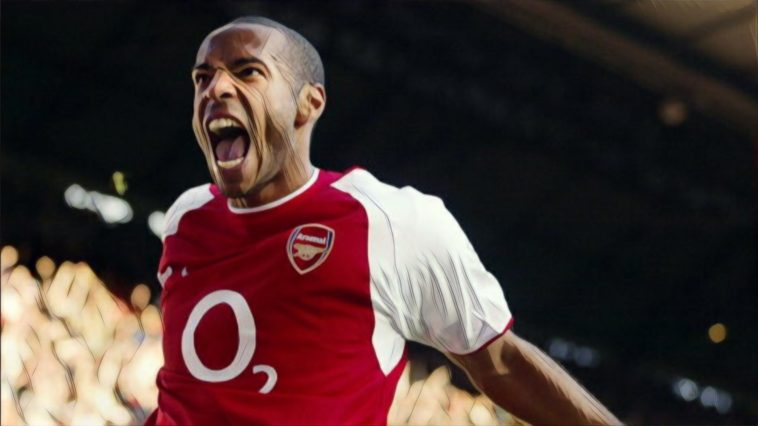 Football photography has managed to capture some of the most memorable and iconic moments in the sport’s history in ways that have imprinted on our minds for the rest of our lives.

As they say, a picture is worth a thousand words, so we’ve picked out some of the greatest Premier League images of the noughties, in chronological order, for your perusal. Part one of this series, which covered the nineties, can be read here.

50 of the most iconic Premier League photos from the 2000’s:

Manchester United keeper Mark Bosnich follows in the misplaced footsteps of Massimo Taibi after dropping a clanger against Newcastle United at St James Park in February 2000.

Five of the worst Premier League goalkeepers ever

Neville Southall in goal for Bradford City against Leeds United at Valley Parade on 12 March 2000. The Welsh goalkeeper was a player-coach for the Bantams, but was called upon by manager Paul Jewell after all three of his net minders were injured at the same time. He was 41 at the time.

Wimbledon goalkeeper Neil Sullivan looks in horror at the ball in his own net against Southampton at the Dell on 14 May 2000. Southampton won the match 2-0, relegating the London side that season.

The Wimbledon fans despair after relegation is confirmed.

Thierry Henry celebrates his goal by showing off his t-shirt during the match between Arsenal and Liverpool in August 2000.

Roy Keane shouts at Alf Inge Haaland following his red card during the Manchester Derby at Old Trafford on 21 April 2001. The match ended in a 1-1 draw.

Southampton legend Matthew Le Tissier scores the winning goal against Arsenal during the last ever league game at The Dell on 19 May 2001.

Swing and a miss

David Beckham celebrates after scoring the fifth goal for Manchester United against Tottenham Hotspur in a famous 5-3 comeback at White Hart Lane on 29 September 2001.

Spurs fans vent their feelings over the departure of ex-player Sol Campbell to rivals Arsenal during the North London Derby at White Hart Lane on 7 November 2001. The match ended in a 1-1 draw.

Thierry Henry skips past a flailing Fabien Barthez to score his second goal of the night for Arsenal on 25 November 2001.

Arsenal players celebrate winning the league title at Old Trafford after beating Man United 1-0 on 8 May 2002.

Gary Neville puts his hands over his head after letting Shaun Goater claim the ball and score Manchester City‘s second goal at Maine Road on 9 November 2002.

Thierry Henry celebrates his goal in front of the Spurs supporters during the North London Derby on 16 November 2002 at Highbury. Arsenal won the match 3-0.

A pair of dejected West Ham United fans after their team are relegated on 11 May 2003 at St Andrews. The Hammers drew 2-2 with Birmingham.

Martin Keown shows his feelings at Ruud Van Nistelrooy after the striker missed his penalty against Arsenal at Old Trafford on 21 September 2003.

The moments that defined Man United and Arsenal’s classic rivalry

Arsenal’s Thierry Henry celebrates after scoring a goal late in the second half against Chelsea at Highbury Stadium on 18 October 2003. The Gunners won 2-1.

Ten of the greatest solo goals in Premier League history

Wayne Rooney celebrates with Cristiano Ronaldo after scoring the winner against Liverpool at Anfield on 15 January 2005.

Andrew Johnson goes down for a penalty during the match between Crystal Palace and Norwich City at Selhurst Park on 16 April 2005.

Southampton fans show their disappointment at being relegated having lost against Manchester United at St Mary’s Stadium on 15 May 2005.

Middlesbrough striker Mark Viduka puts his hand on referee Alan Wiley’s head after he scores against Charlton Athletic at The Valley on 12 March 2006.

Tim Cahill celebrates scoring for Everton by boxing the corner flag during their match against Aston Villa at Goodison Park on 18 March 2006.

The immortal Jock Stein the A74 highway crash

Newcastle captain Alan Shearer celebrates in a familiar fashion after scoring the second goal against Sunderland at The Stadium of Light in April 2006, his final year as a player.

Chelsea supporters scramble to grab manager Jose Mourinho’s winners medal after he tossed it into the crowd during the celebrations after his team won the Premier League trophy by defeating Manchester United 3-0 at Stamford Bridge on 29 April 2006.

Petr Cech is stretchered off the field after being injured in the first few minutes of the game against Reading at The Madejski Stadium on 14 October 2006. The Chelsea goalkeeper had to wear a protective helmet for the rest of his career as a result of the injury he sustained that day.

Five of the best volleys in Premier League history

Thierry Henry looks on in the rain during the match between Blackburn Rovers and Arsenal at Ewood Park on 13 January 2007.

Jacqui Oatley becomes the first woman to commentate on BBC’s Match of The Day during Fulham versus Blackburn Rovers at Craven Cottage on 21 April 2007.

Kingsley the Reading mascot is banished from pitch side by match referee Mike Riley during the match between Reading and Newcastle United at the Madejski Stadium on 30 April 2007.

Liverpool football supporters hold banners with messages aimed at their American owners Tom Hicks and George Gillett before their match against Aston Villa at Anfield on 21 January 2008.

Alex Ferguson poses with the UEFA Champions League and Premier League trophies in May 2008.

West Ham played without a shirt sponsor for over two months at the start of the 2008/09 season due to the collapse of the XL package holiday company.

Fans watch on as Stoke City take on Man United at the Britannia Stadium on Boxing Day in 2008.

Sealed with a kiss

Newcastle United fans react after they lose 1-0 to Aston Villa on 24 May 2009, relegating the club to the second tier.

Arsene Wenger stands with his arms outstretched after being sent to the stands during the match between Man United and Arsenal at Old Trafford on 29 August 2009.

Emmanuel Adebayor celebrates in front of the Arsenal fans after scoring at the City of Manchester Stadium on 12 September 2009.

Five of the most iconic Premier League goal celebrations

That same month Michael Owen scores a dramatic last-minute goal in the Manchester Derby to hand United a 4-3 win.

Sunderland striker Darren Bent watches as his shot goes between Glen Johnson and Pepe Reina of Liverpool and into the goal off of a beach ball at the Stadium of Light on 17 October 2009.

Read: How the Tevez and Mascherano fiasco impacted the Premier League

See Also: 30 of the most iconic football photos ever taken