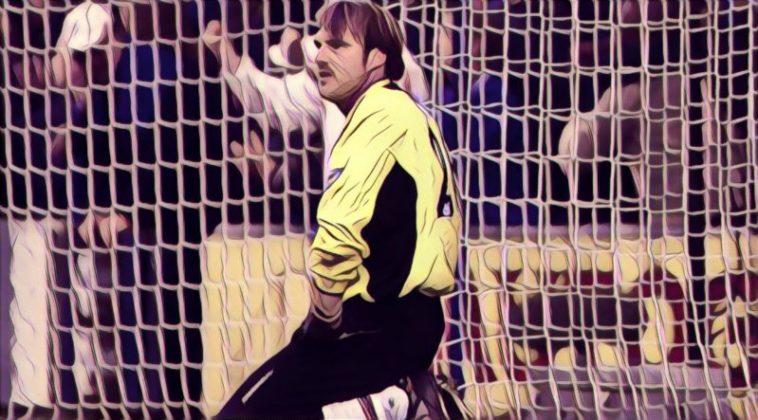 It’s often said that for a goalkeeper there is no hiding place, and West Ham’s Roberto will no doubt be aware of that fact following his hapless displays in recent weeks.

The summer signing has been ‘deputising’ for the injured Lukasz Fabianski, though a series of calamitous performances have led many to label the Spaniard as the worst Premier League goalkeeper in recent memory.

Following his catalogue of mistakes, we’ve decided to look back at some other gaffe-prone goalkeepers, here are five of the worst goalkeepers in Premier League history…

The Finnish goalkeeper arrived at Aston Villa in 1999 and largely played a back-up role to David James and Peter Schmeichel in his first seasons at the club, before being handed the role of first-choice following the latter’s departure in 2002.

In one of his first starts for the club he would write himself into folklore, though sadly for Enckelman, it would be for all of the wrong reasons.

A fiercely contested derby with city rivals Birmingham would see Enckelman make an infamous mistake, taking his eye off a throw-in from Olof Mellberg to allow the ball to squirm under his foot for an own goal.

It was a catastrophic mistake and one the shot-stopper would never truly recover from, despite making 52 appearances for the club before moving to Blackburn Rovers the following year.

Having developed a solid enough career in the lower leagues with Millwall, Warner was handed his opportunity in the top flight with Fulham in 2007.

The move would not work out as hoped, however, playing just seven games in two seasons at Craven Cottage that included a series of shaky performances.

Warner’s nervous displays would results in howlers against both Bolton and Middlesbrough before he was shipped out on loan to several lower league sides.

He would be given a second opportunity at Hull in 2008, though he failed to make a league appearance and he is currently goalkeeper coach at Accrington Stanley, following spells at the likes of Tranmere Rovers and Wellington Phoenix.

A truly bizarre signing from Brendan Rodgers at Liverpool, the Hungarian goalkeeper had impressed the Northern Irishman whilst keeping goal for Bolton Wanderers in a cup tie against the Merseyside outfit, prompting Rodgers to bring him to Anfield on a free transfer in 2015.

He would endure a nightmare Premier League debut as Liverpool were thrashed 3-0 at Watford, dropping a corner kick to allow Nathan Ake to score after just three minutes of an embarrassing defeat.

Fleeting cup appearances, including conceding a goal directly from a corner at Exeter, did little to help his chances of a first-team return, his next and final appearance coming in a 1-1 draw with West Brom on the final day of the season.

Unwanted under new manager Jurgen Klopp, he was shipped out on loan to Championship side Wigan Athletic, where many fans part-blamed Bogdan for their relegation.

He is currently on the books of Scottish side Hibernian.

A name well remembered by Premier League fans, Taibi’s performances were truly under the microscope after arriving at Manchester United as a replacement for the legendary Peter Schmeichel.

Replacing arguably the greatest goalkeeper the league has ever seen is no easy task, but after a Man of the Match performance on debut against Liverpool hopes were high.

Those hope were quickly dashed.

A horrific mistake against Southampton saw  Taibi dubbed the ‘The Blind Venetian’ by the media, and he would make just four league appearances – one being an embarrassing 5-0 thumping from Chelsea.

Swiftly sent packing back to Italian football, he would prove one of Sir Alex Ferguson’s most high profile mistakes.

The Greek international was part of the side which would shock football to win the European Championships in 2004, and his arrival at Portsmouth was seen as somewhat of a coup by the South Coast club the following year.

He would suffer a baptism of fire in a fierce derby meeting with Southampton, producing a nervous and wild display in which he flapped constantly at crosses as Portsmouth were beaten 2-1.

His performances failed to improve and he would feature just six times, whilst his displays of aggression and hot-headed temperament included a bust-up with teammates and saw him swiftly sold on.

Chalkias would leave for Spain before returning to Greece, retiring from football last year.

Read: Fantasy Premier League Team of the Week for Gameweek 13