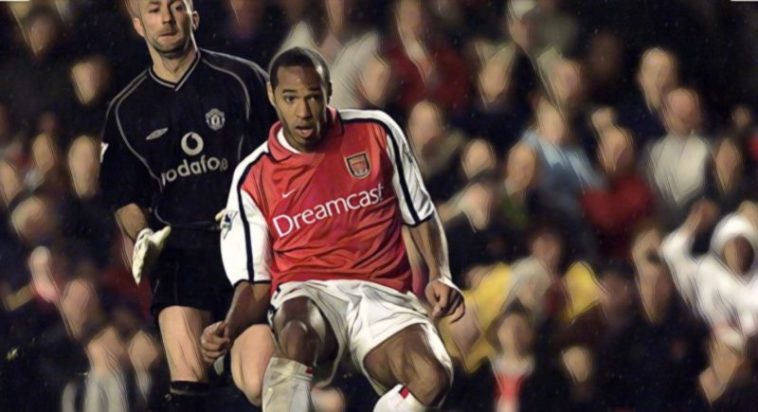 The Football Faithful’s look back through the Premier League archives continues with a rewind to the 2001/02 season, a campaign which saw Arsenal’s Arsene Wenger complete his second domestic double in English football.

The Gunners’ success came after a fascinating three-way fight for the Premier League title, whilst an emerging Newcastle side under the guidance of Sir Bobby Robson secured Champions League qualification for just the second time in the club’s history.

We’re continuing our look back at the greatest goalscorers of past Premier League seasons, here are the five leading scorers from the 2001/02 campaign:

Liverpool headed into 2001/02 amid a wave of optimism after winning a treble of cup competitions the previous season, with forward Michael Owen crowned as the winner of the Ballon d’Or in the early months of the new campaign.

Owen was firmly established as one of Europe’s premier forwards at the turn of the millennium and was once again central to the Merseyside club’s fortunes, scoring 19 league goals – the best haul of his career – as the Reds secured a runners-up finish.

The England international scored 28 goals in all competitions as Liverpool also reached the quarter-finals of the Champions League – Gerard Houllier’s side reaching the last eight in their first appearance in Europe’s premier competition since the eighties.

The club’s season was disrupted as manager Houllier was forced to take a five-month absence from the game to recover from a heart condition, though remained in the title race until the final stages of the season.

Having scored just five league goals during an injury-hit season the previous year, Alan Shearer bounced back in fine style to lead a Newcastle side who made their presence known at the top end of the Premier League.

Sir Bobby Robson’s side emerged as unlikely title contenders over the winter months of the season, topping the table at Christmas, with Shearer at the forefront of a team boasting several exciting young talents.

His goals helped the Magpies to a fourth-placed finish, however, earning their place in next season’s Champions League ahead of Leeds and Chelsea.

Winner of the Premier League’s Golden Boot the previous season, Chelsea’ Jimmy Floyd Hasselbaink was once again amongst the league’s leading scorers following another prolific campaign for the west London side.

The Netherlands international scored 29 goals in all competitions for a Blues side which finished sixth and reached the final of the FA Cup, memorably scoring in comfortable victories over title challengers Manchester United and Liverpool.

Hasselbaink was also one of just six players to score a hat-trick throughout the season, scoring a brilliant perfect hat-trick as Claudio Ranieri’s side thrashed London rivals Tottenham 4-0 at Stamford Bridge.

A serious knee injury delayed Ruud van Nistelrooy’s initial move to Manchester United but having recovered, the Dutchman made the move to Old Trafford in a big-money deal ahead of the 2001/02 season.

The forward quickly proved worth the wait and outlay following a prolific campaign for Sir Alex Ferguson’s side, scoring 23 league goals to finish as runner-up for the Premier League’s Golden Boot.

Van Nistelrooy scored 36 goals in all competitions as United finished third – their lowest finish of the Premier League era – and reached the semi-finals of the Champions League, finishing as both the leading scorer and assist provider in Europe’s leading competition.

Despite ending his debut season in English football without team honours, Van Nistelrooy scooped silverware of his own after being named as the PFA Player’s Player of the Year.

The first of Thierry Henry’s record four Premier League Golden Boots came during the 2001/02 season, the forward scoring 24 league goals as Arsenal claimed a domestic double under the guidance of Arsene Wenger.

Henry’s haul included two goals in a vital victory over Manchester United at Highbury, in addition to scoring from the spot as the Gunners secured three points at eventual runners-up Liverpool.

Arsenal finished the season with a 13-game winning run to finish seven points clear of the Merseyside club, sealing the title in fine style with a win at reigning champions United – Sylvain Wiltord scoring the title-clinching goal at Old Trafford.

Henry’s victory in the Golden Boot came after a final day brace against Everton, the Frenchman moving ahead of both Van Nistelrooy and Hasselbaink to finish as the division’s leading scorer.