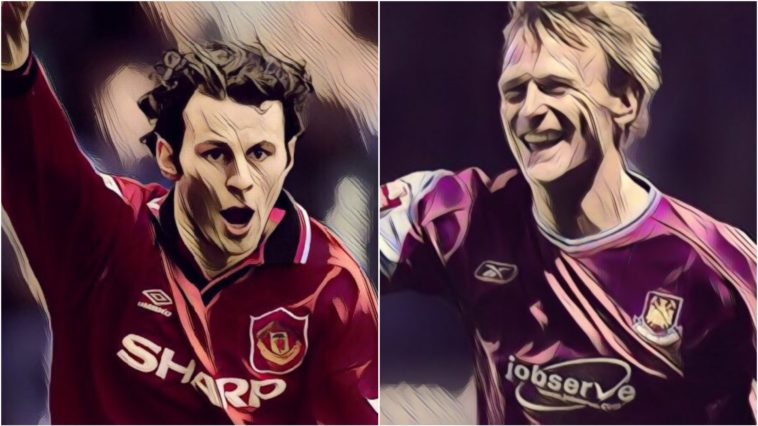 English football has borne witness to some of the greatest footballers to play the game into their fifth decade.

Once footballers hit the age of 30, they are considered to be on the downhill slope, past their prime, on their way to the retirement home. All of a sudden every interview contains a question about how many years they’ve got left in the game or if they have any plans for a post-playing career.

It illustrates just how short a footballer’s career is that their thirtieth birthday is considered the age by which their best years are already behind them. It’s true that once players move beyond their twenties their output (generally) decreases, as their bodies slow down and they can’t do the same things as quickly as before.

There are some exceptions; Jamie Vardy is 32 but has been producing some of his best football in the last few years and continues to do so, while Aritz Aduriz started playing better than ever about four years ago, his goalscoring exploits earning the Athletic Club’s striker a call-up to Spain’s Euro 2016 squad at the age of 35.

Some go above and beyond just producing a season or two of success as tricenarians, keeping up a consistent level of performance well into the winter of their careers and playing beyond the age of 40. Last month Werder Bremen announced they would be extending Claudio Pizarro’s contract at the club for another year, which means he will be playing until he’s 41 years old at least.

The Peruvian was considered a bit past it over a decade ago when he joined Chelsea in a brief and failed sojourn to the Premier League. He went back to Bremen before rejoining Bayern Munich, where he would win three Bundesliga titles to add to the three he already had, as well as claiming the Champions League trophy. Not bad for someone who’s been ‘over the hill’ for ten years.

Pizarro is not alone in his bionic nature though, with several players in English football excelling in the late stages of their careers and playing into their forties.

‘Giggseh’ made his name as a pacey winger with a crafty knack for dribbling past multiple opposition players in one go, but as the years wore on he converted himself into a central midfielder with a better-than-expected range of passing as he neared his forties.

The Welshman suffered from recurring hamstring injuries midway through his career, but remedied that particular ailment by taking up yoga. The extra nimbleness and dexterity that gave him, coupled with an improved diet, extended his career well beyond its predicted expiry date.

Giggs’ final top-level game was a 3-1 win over Hull City at Old Trafford in 2016, when he was 40 years and five months old, 23 years after he made his senior debut for the club.

The London-born striker is best known for his spell at Manchester United, but few will recall that he was 31 years of age when he signed for Alex Ferguson’s charges. He was 33 when he had his crowning moment in the Champions League final and 35 when he had his best season for the Red Devils, scoring 21 goals in 43 games in the 2000/01 season.

Sheringham played his final top-flight game in a 1-0 loss to Manchester City for West Ham United in 2006 at the age of 40, before playing out his career with one final campaign with Colchester United in 2007/08. He is one of the few players in the history of English to make over 700 league appearances in a career that spanned a quarter of a century.

A true Everton legend, Neville Southall is one of the finest goalkeepers to have graced British football in a career that lasted 22 years. He played 747 times for the Toffees, before turning out for a number of lower league outfits in the late nineties.

The Welsh goalkeeper’s final top-flight appearance came about in a rather unusual manner; Southall was a player-coach for Bradford City in the 1999-00 season, but when all three goalkeepers got injured, manager Paul Jewell was left with little choice but to play him in a 2-1 home loss to Leeds United.

Southall was 41 years of age at the time, but he is now more widely known for his sense of humour on Twitter, as well as advocating for causes.

Gordon Strachan’s career began in the mid-seventies and didn’t finish until the late nineties, in which time he played for the likes of Aberdeen, Manchester United and Leeds United.

The diminutive Scot’s crowning gory came when he won the final ever First Division title before it became the Premier League, Leeds pipping his former club to top spot.

Strachan went to Coventry to become assistant manager under Ron Atkinson in 1995, but continued playing on an irregular basis over the next two years. His final game came in a 2-1 loss to Derby County in 1997 when he was 40 years and two months old, making him the 15th oldest player to feature in the Premier League.

Judging by the above photo, you might just assume that the gentleman on the left must be the manager or a coach of the England team given his receding hairline, weathered face and furrowed brow. It is the face of a man who has surely left football behind and is in his post-playing days, carving out a new career in the dugout or elsewhere off the field.

The man in question is, in fact, Stanley Matthews, and he was still lining out for England when this photo was taken in 1953. By that stage he was 38 years old, having already played for 21 years — and he would play for 12 more thereafter.

At the age of 42, Matthews became the oldest England international to win a cap, lining out against Denmark in 1957. It’s a record he still holds to this day, but his shining moment came in the 1953 FA Cup final.

Bolton Wanderers were 3-1 ahead with 22 minutes of normal time remaining, but the “Wizard of Dribble” set up three goals, including a 92nd minute winner to clinch a 4-3 victory for Blackpool. So incredible was his performance, the game is referred to as “The Matthews Final” despite the fact that Stanley Mortensen scored a hat-trick on the day.

Matthews also held the record for the oldest ever footballer until quite recently, when it was broken by Japanese footballer Kazuyoshi Miura in 2017. He’s still playing to this day at the age of 52 in Japan’s second tier.

See Also: The five oldest players to play at the World Cup