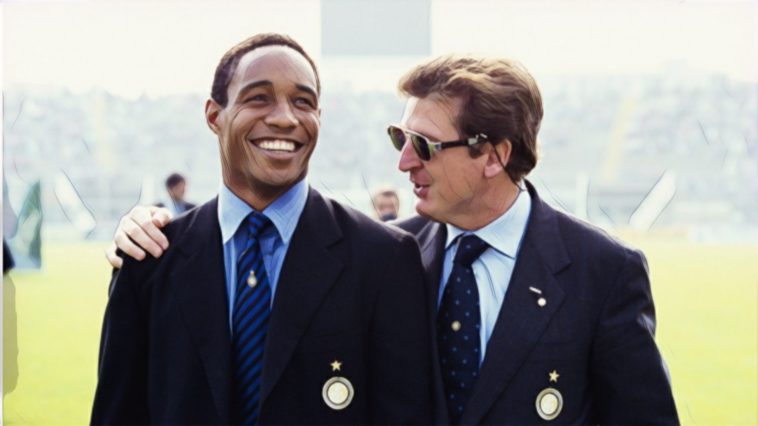 There’s something about that that doesn’t sit right. Ince was arguably the best box-to-box midfielder of his generation and was very successful, particularly in the first half of his career.

Ince essentially had all of the attributes you would want in a footballer: he had brilliant footballing ability, quick feet, great passing, tough tackling, terrific physique and pace to burn, but he also had an eye for goal, scoring some golazos in his time. He was an all-rounder in the true sense of the word.

Football writer Miguel Delaney, who joined The Football Faithful on a recent episode of the 90’s Football Hall of Fame podcast to talk about the former England international, explains exactly why there should be no mistaking just how good he was at the peak of his career.

“The biggest reflection of how good Ince was is the fact that a club like Inter at a time like nineties’ Serie A – when this was the peak of football, probably the highest level relatively speaking that any league has ever been compared to all the rest – and he ended up being a really important player for Inter Milan (under Roy Hodgson). But even the fact that he was considered technically and tactically good enough for a club and a league like that at point was the ultimate reflection of his talent.”

When Ince did leave Old Trafford for the San Siro in 1995, it came as a shock, particularly when Alex Ferguson also sold Andrei Kanchelskis and Mark Hughes. But at that point he had achieved almost everything there was to achieve; he was a key component of the side that captured the Premier League, their first title in 26 years, and he also won the FA Cup, League Cup, and the European Cup Winners’ Cup.

His performances were also recognised on an individual basis, as he made the PFA Team of the Year on three consecutive occasions. He finished second to Paul McGrath in the voting for the PFA Player of the Year award in 1993, the same year he was named Player of the Year by United supporters. So why isn’t he loved by those same fans today?

When Ferguson sold that trio of players and elevated the Class of ’92 in their place, everyone thought he might have gone a bit mad. The Scot was fully vindicated, however, after guiding the side to six of the next eight Premier League titles, as well as the holy grail, the UEFA Champions League in 1999.

“It does seem like he’s been written out of history a little bit,” says Miguel, adding “maybe because of the way he left, first of all, but I think that because that team didn’t do so well in Europe even though they were the ones to make make the breakthrough, they don’t have the same status or the same legacy.”

🗣 @MiguelDelaney explains why there should be no mistaking just how good Paul Ince was at his peak.

There’s also the fact that other players of a similar type that came after him were playing at a world-class level, overshadowing what he had achieved previously.

“That box to box type was maybe overtaken by his partner and effectively his successor at Man United, Roy Keane, and an era of central midfielders in the Premier League who were probably up a level: Steven Gerrard, Patrick Vieira; I think that’s probably one reason why Ince is a little bit overlooked in a general sense. But we are talking about a real all-round midfielder.”

What may have made him so good – that drive in midfield, the stirring runs that became his trademark – may also have contributed to his exit from United as Fergie refused to indulge his flights of fancy.

The manager had no problem tearing Ince a new one over it; he did so after Ince made a late run in a league game against Norwich City at Carrow Road, despite the fact United won 3-1. He also famously called him a “fucking bottler” at half-time of their 4-0 drubbing at the hands of Barcelona in the Champions League in 1994.

“It was probably one of the reasons he ultimately left Manchester United, because Fergie used to get irritated by the amount of that times he abandoned what Ferguson would have seen as his ‘true’ position further back, to go on a run,” says Miguel.

“For Ferguson, he primarily would have been a player to sit, sweep up and also pass, because his passing was exceptional as well.” This is ultimately why Keane was the ideal candidate for that role, as the Irishman possessed both the range of passing and tactical discipline to perform it.

While Ince subsequently impressed while in Milan, the fact that he spent two years of his prime away from England probably doesn’t help, even if he is still adored by the Inter faithful to this day. It was the only club where he was accepted unconditionally by the fans. Of greater concern to United supporters, though, was where he resided after that spell in Italy.

“Of course, you can’t forget that a huge part of this is the fact that he went to Liverpool,” points out Miguel. “And not just that he went there, but the very visible image of Ince and the massive glee he took when it looked like he might deny United the title in the run-in for the 1998/99 season when they were going for the Treble.

“I think United had been 2-0 up in that game, it was very late in the season. Liverpool came back, Ince scored the equaliser, and he really relished it, which soured him with United forever essentially.

“Even though he spent six years at the club, which is the same amount of time that Cristiano Ronaldo spent, it’s more than Eric Cantona spent at United, it doesn’t feel like he’s associated with United in the same way.”

As an east Londoner who spent the formative years of his career at the club, Ince should really be a legend among West Ham United fans. But after an image of him in a Man United jersey ended up in the newspapers well before a transfer had been announced, he became a hate figure among them.

We'll forget for a second that Paul Ince nicknamed himself the Guv'nor and just appreciate the brilliance of this overhead kick. pic.twitter.com/dQq5gRGw1U

More generally, England supporters never forgave him for not stepping up to the plate in the penalty shootout against Germany in the semi-final of Euro 96. When he worked up the courage to take one against Argentina in the 1998 World Cup, he missed. He has been branded a bottler ever since.

To compound matters, aside from Internazionale and perhaps Wolves, with whom he won promotion via the playoffs in 2003, he doesn’t have a group backing him up or defending him when his legacy in the game is being bashed. Miguel makes a very relevant comparison in this regard:

“Ultimately there’s no long-term fans boosting his legacy. It’s a bit like the Michael Owen thing. In a historical sense, it doesn’t really feel like he belongs to any one club, essentially because he left his main club under controversial circumstances. No one was really content with the move and obviously ended up going to their major rivals. So I think that’s happened a bit with Ince as well.”

Arguably most damaging of all was Ince’s own high regard for his ability. Ferguson clearly detested this side of the player, once referring to Ince as a “big time Charlie” in his pre-match team talk before a match against Liverpool, something he later regretted doing. And by giving himself his own nickname – The Guv’nor – any remaining sympathy for him was washed away.

A series of gaffes in his post-playing career have hardly helped his cause either. In 2017 he caused a stir by referring to ITV presenter Jacqui Oatley as “darling”; last year he was ridiculed for saying he could have accomplished what Ole Gunnar Solskjaer was doing as then-caretaker manager of Man United, despite a managerial career that doesn’t boast much success outside of League Two; and in 2015 he was reprimanded for calling match officials the word “c*nt” 15 times after a match while he was Blackpool manager.

In that context, Ince has given the football world more than enough reason to forget all his successes and his once wonderful ability as a player. He should be remembered for being the best midfielder of the early to mid-nineties, as well as the first ever black England captain, a legacy that should not be taken lightly.

But life doesn’t work that way sadly. The cuts are too deep for United fans to forgive, the time spent at Liverpool not long enough for him to create a bond, and the standards set by England fans – like they have been for many players before and after – too high.

Read: How Juninho overcame the ‘monstrous cold’ to become a Middlesbrough legend