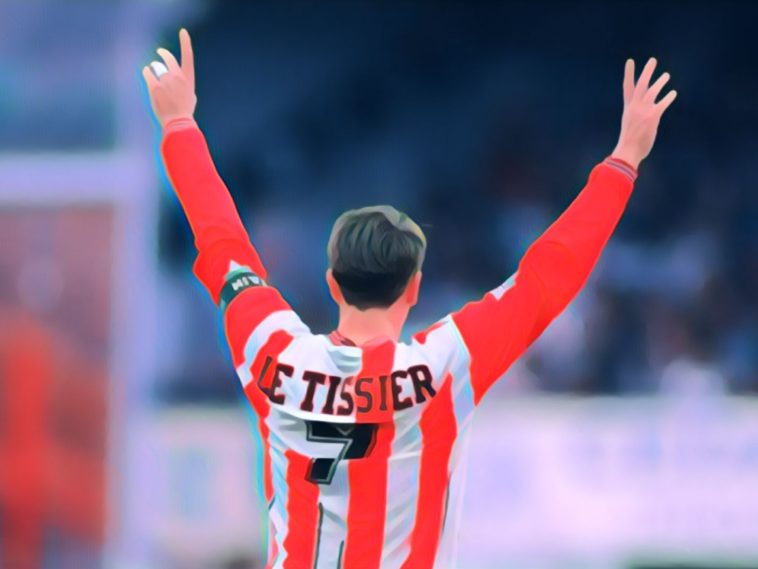 They say the game is all about glory, but some players never get a chance to savour its sweet taste.

Over the years some very talented footballers have been and gone without lifting a trophy above their head, never got to experience the feeling of collecting that winners medal or being marauded by jubilant fans during a pitch invasion following the moment of success.

The notion of certain people ‘deserving’ a trophy because of the career they had is a sticky one, but no one can deny that it’s regrettable that these five players never had the honour.

Five of the best English players to never win a major trophy:

Arguably the greatest English player never to have represented his nation at a major tournament, Matt Le Tissier snubbed glory in favour of loyalty to spend his entire career at Southampton.

In terms of individual honours ‘Le God’ won the PFA Young Player of the Year in 1989/90 and the Match of the Day Goal of the Season in 1993/94 but he never came all that close to lifting a trophy.

The attacking midfielder had a stellar career at Southampton nonetheless, providing 100 goals and 72 assists in the Premier League, saving them from the drop on several occasions. He also scored 60 goals in the old First Division.

Five of the Premier League’s greatest ever golazo merchants

With over 300 goals for club and country in a career that has thus far spanned 20 years, it’s astonishing that Jermain Defoe has failed to win a single major honour in his playing career.

The diminutive striker came very close in 2008, but he left Tottenham Hotspur for Portsmouth just before the club went on to win the League Cup. Bizarrely, he was awarded with a winners medal – ten years after the fact. He also had the misfortune of being cup-tied during Pompey’s successful FA Cup campaign that same season.

The West Ham academy graduate now plays under manager Steven Gerrard at Rangers, where he came close to securing his first major honour earlier this season in the Scottish League Cup, but the team were defeated 1-0 by Celtic in the final.

After shooting Nottingham Forest to a remarkable third-placed finish just a year after gaining promotion to the Premier League, Stan Collymore looked as if he was destined for glory at some point.

The Staffordshire-born striker broke the English transfer record when he signed for Liverpool in 1995 for £8.5m following his 23-goal campaign for Forest. It was there that Collymore struck up a fearsome partnership with Robbie Fowler, but the closest he ever got to winning a trophy was the 1996 FA Cup.

The Reds were defeated 1-0 in the final by Manchester United thanks to an Eric Cantona goal – it was as near as Collymore ever got to lifting silverware.

Collymore’s career could have been so different, however, had he joined Man United midway through the 1994/95 season, but Alex Ferguson chose to buy Andrew Cole from Newcastle instead. The forward provided 63 goals and 29 assists for a number of Premier League clubs in his career.

Recalling the top five goalscorers from the 1995/96 season

After spending almost a decade at Charlton Athletic in the eighties, Rob Lee became a mainstay in the Newcastle United team throughout the nineties after joining in 1992, providing 33 goals and 28 assists for the Magpies in the Premier League.

Kevin Keegan utilised his skills as an attacking midfielder, making him an important cog in the team that finished second in the table in 1995/96. Although they didn’t win the title that season, Lee did at least have a place in the PFA Team of the Year.

Newcastle finished runners-up the following season as well, while Lee also had the misfortune of losing consecutive FA Cup finals in 1998 and 1999. He does at least have a First Division winners medal from the season Newcastle were promoted in 1993.

There isn’t much to write home about when it comes to Clive Allen’s Premier League career, given he only spent two years with West Ham United at the latter end of it. But the forward is more fondly remembered by QPR and Tottenham fans for his goalscoring exploits during the eighties.

Allen’s most prolific campaign came in 1986/87, when he scored 33 goals in the league and an astonishing 49 in all competitions. Spurs were gunning for a domestic treble, but they ended up finishing third in the table, lost to Arsenal in the League Cup semi-final and suffered a shock defeat to Coventry City in the FA Cup final.

Allen did at least win both the PFA and the FWA Player of the Year awards, even if his career was never burnished with any major honours. He does at least have a Second Division title with QPR to his name, though.

See Also: 1985 – The year of Our Lord and the Dalymount Crush