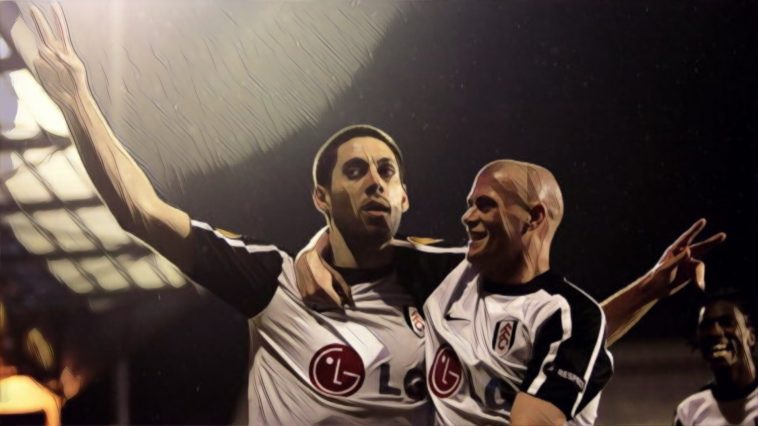 This is the story of Fulham’s greatest ever night, or how Bobby Zamora tore Juventus to shreds.

When the Bianconeri arrived at Craven Cottage 11 years ago today, the fixture was meant to be a foregone conclusion. They had won the first leg of their Europa League last-16 tie back in Italy by three goals to one – including a Jonathan Zebina wonderstrike – and were much the superior side, on paper at least. The result was exactly what you would expect from a meeting between this giant of European football and a modest club from London.

So when Fulham conceded to David Trezeguet within a few minutes of the return match starting, it was no longer an uphill battle for the hosts – it was game over. Thanks for coming, that’ll be all for now. Arrivederci. But by the end of the first-half alone, we were treated to two more goals, a red card and two thwackings of the woodwork – and the drama didn’t end there.

This was hardly a vintage Juventus side, but they still had plenty of star power in 2010. The squad contained World Cup winners such as Alessandro Del Piero, Fabio Cannavaro, Vincenzo Iaquinta, Mauro Camoranesi, and Fabio Grosso, while Fulham possessed some talented, but quite workmanlike players; the likes of Damien Duff, Mark Schwarzer and Dickson Etuhu alongside guys such as Brede Hangeland, Chris Baird and Paul Konchesky.

Although Juve were an ageing team, they should have had enough for their less illustrious opponents, especially after nabbing the all-important away goal so early on. But what Roy Hodgson had instilled in his side was an unshakeable belief and will to overcome the odds. They had, just two years previously after all, achieved one of the great escapes of the Premier League era under the Croydon-born manager by staying up when obituaries were practically being written for them.

The Cottagers refused to wilt and Bobby Zamora scored an equaliser in the ninth minute. Exactly what they needed, but it was still a tremendously tall order to have to score twice more and not concede another. But then the moment that really turned the tie on its head happens: Cannavaro is sent off.

The Italy captain gave Zoltan Gera a tug in the 29th minute, bringing the Hungarian down as he was running onto a Bobby Zamora pass, and the referee decided he was stopping a goalscoring opportunity. It’s a debatable call, but one that completely swings the momentum of the game.

Now Fulham are the ones in complete control, but the question is whether they can turn that dominance into goals. They hit the woodwork twice, the first time through a Simon Davies free-kick, followed soon after by an Etuhu header. The dam finally breaks moments later when Gera converts a low cross from Davies two yards in front of goal. 2-1 to Fulham

It’s now a one score match, bedlam envelopes the crowd. Is this really happening? The half-time interval does little to stem the flow for Juventus, who give away a penalty just a few minutes into the second half. It’s another harsh call, as Damien Duff’s cross hits Diego’s unextended arm from roughly three yards away, but it’s not as if Fulham don’t deserve their luck. Gera converts and, in a sensational turnaround in fortunes, we’re looking at extra-time.

Absolutely nothing is going for Juve, who are clinging on for their lives, but they do come back into the game and start shooting for the first time in what feels like forever. The chances aren’t great but it’s a sign that Fulham have lost a bit of the intensity and momentum of the first 50 minutes. Clint Dempsey is brought on in place of Stephen Kelly, an attacking substitution that illustrates Fulham’s desire to win this in regulation and avoid extra-time at all costs.

The American may not have been in the starting XI, but 12 minutes after entering play he creates the moment that will enshrine him in the club’s history forevermore. Receiving the ball on the right-hand edge of the box, Dempsey takes it under control, swivels and casually chips the ball towards the far corner. Time appears to move in slow-motion as everyone watches the ball float through the air, before it somehow sneaks inside the post and into the net.

One co-commentator on American television reportedly said Dempsey “took into account everything in the universe there.” The attacker’s mind was occupied on just one thing in that moment, however, nonchalantly completing one of the club’s greatest moments. No sweat.

As good as the goal was, there will always be the feeling that had Gianluigi Buffon been in goal that night, it would not have hit the back of the net. Instead, 39-year-old Antonio Chimenti was playing in his place. The third-choice goalkeeper had only made his first start of the season the weekend before, in an error-strewn performance against Siena which ended 3-3. Juventus had possessed a three-goal lead in that encounter, too…

While the iconic moments from that game belong to Dempsey and Gera, as well as the amazing scenes upon the final whistle, it was Zamora who was the biggest influencer on the night. The striker was central to everything, working selflessly all night for the betterment of the team, dropping into space to help create chances for others, and being a general nuisance to the Juve backline. Already in the midst of his finest campaign, this performance put him firmly in the conversation for a spot in England’s World Cup squad that summer (he ultimately missed out on selection).

18 March, 2010 was not a night that belonged to any one player, though, as Fulham put in possibly their greatest team performance ever – we haven’t checked all of them, but you can be sure this one is in the top few – as they embarked on a magical run all the way to the final.

See Also: Every English club to have won the Europa League and Uefa Cup since 1970