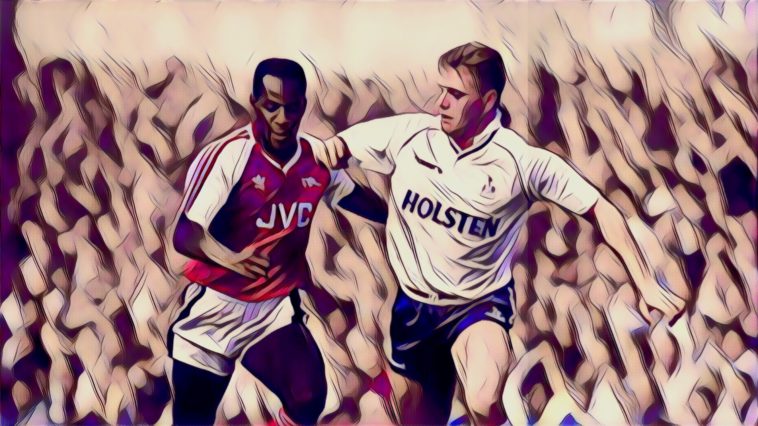 When the right club jersey meets the right sponsor, it can result in aesthetic perfection in a football shirt.

In light of a certain bookmaker’s publicity stunt with their garish sponsorship of a Championship club this week, it’s probably time we recalled some of the shirts sponsors that didn’t make us want to gouge our own eyes out.

At the end of the day it’s all just a money-making exercise and always has been, but there’s something about a good sponsor-jersey combination that really delights football fans. A sponsorship can sometimes make or break a jersey, with Napoli’s recent efforts a perfect encapsulation of this.

Some supporters take their jerseys very seriously, and the smallest things can ruin it for them. Sponsors take centre stage, so they make a huge difference. If it were up to me we wouldn’t have them on football shirts, but some of you weirdos actually prefer them on there.

Still, I can appreciate a good sponsor when I see one, but what makes one so? They shouldn’t take over the jersey, rather it should look seamless, as if a natural fit. Giant emblems are an instant turn-off. Colours are important too, as clashes can ruin the whole thing. And lastly, a nice font never goes amiss.

14 of the best jersey sponsors in the history of football:

A whole generation of English football fans have the word SHARP seared into their memory, the company synonymous with one of the most dominant and decorated teams of all time. The partnership between the appliances company and Manchester United ended in 2000 after 18 happy years together, but while the football club went on to bigger and better things, Sharp declined as a brand in the years after.

For a time the holy trinity of football was Gary Lineker, Leicester City and Walkers Crisps. Although the Match of the Day presenter never played for the Foxes with crisp company as sponsors, those three entities became forever entwined with a very effective marketing campaign that featured Lineker in a rake of memorable adverts and the old Filbert Street ground being renamed to Walkers Stadium.

If Carlsberg did shirt sponsors… Well, they did actually, and it went quite well. The Danish beer company was Liverpool‘s shirt sponsor for 17 years up until 2010, at which point the Merseyside club switched to Standard Chartered. Like Sharp and United, you couldn’t think of one without the other, although they are still commercial partners with the current Champions League winners, making them easily the longest-running sponsors in the Premier League.

So simple, yet so brilliant. A relic from another of Manchester City‘s history, the typeface on the sponsorship was slick and easy on the eye. Topped off by those excellent Kappa kits.

A different era for the Hammers, when just about anything seemed possible. Harry Redknapp in his pomp. Paolo Di Canio being both mental and brilliant at the same time. The young lads; Rio, Lamps, Carrick, Joe Cole, Defoe. Bloody hell, it was exciting. But like Doc Martens ephemeral association with West Ham, it was all too fleeting.

Sega was also a damn fine match with Arsenal, but JVC was perfect; unobtrusive, simple and an ideal fit. The Gunners won two league titles and a European Cup Winners’ Cup with the electronics company adorning their shirt.

A much simpler time for Chelsea; British shirt sponsor, English kit manufacturer, a Londoner for an owner, the classic crest, little Gianfranco Zola nipping about in the opponent’s box. Changed a bit since then, hasn’t it.

Gazza, Ginola, Klinsmann — truly an iconic time for Spurs. There was that FA Cup win too. Holsten, sponsors for a decade, were there for all of it.

Some combinations are just perfect. Bacon and eggs. Peanut butter and jelly. Ant and Dec. But none of them were made for each other quite like Newcastle United and their local brown ale. And for some reason I had one of these jerseys as a kid, despite no affiliation to the Magpies. Shame that the sponsors they have these days are ugly as sin.

A unique-looking sponsor that has an equally unique backstory. Brighton got a local lad by the name of Fatboy Slim to use his record label as the main sponsor when they were in a time of need. Beats American Express, that’s for damn sure.

I couldn’t tell you what Teka does, but they looked bloody good on a Real Madrid jersey. Won a good few Champions League trophies, so they did.

Again, no clue what CR Smith does, but it looked great on the green and white hoops of Celtic. Plain white with a nice font.

A partnership that has gone on so long, that I genuinely could not imagine a different sponsor across the famous black and blue stripes of Inter.

Another Italian classic, Opel were AC Milan’s sponsors for some of their greatest triumphs, including the Champions League in 2003 and 2007. The automakers looked great on any jersey though, not least Bayern Munich, PSG and the Republic of Ireland in the nineties.

A cult classic in every way imaginable. Parma reached unimaginable heights in the nineties with the financial backing of the local dairy corporation, winning two Uefa Cups. And looking good while doing so.

Nintendo and Italian football — two of the most popular institutions of the nineties. 7up was another iconic sponsor Fiorentina had during the Gabriel Batistuta era.

During Napoli’s most successful period — the Diego Maradona years when they won two scudetti and a Uefa Cup in the eighties — they had a few fantastic looking sponsorships. There was Cirio and Buitoni, but neither of them were quite as good as Mars. It shows the impact of the Argentine that the club could attract such a marquee international sponsor.

David Platt, Ruud Gullit, Roberto Mancini. All draped in that iconic colour combo. Winning the Coppa Italia. Playing sensual football. The lads, so they are.

Shirt Alert: Cork City have released a shirt inspired by their 1989-91 home

Twinned with the Germany shirt from 1990! pic.twitter.com/TWId9fXObE

Top quality jersey with a top quality sponsor. Looking back at it now, the font print oozes nostalgia. Guinness featured on Cork City’s shirts when they faced Bayern Munich in the Uefa Cup in 1989, earning a famous draw at home before losing at the Olympiastadion.