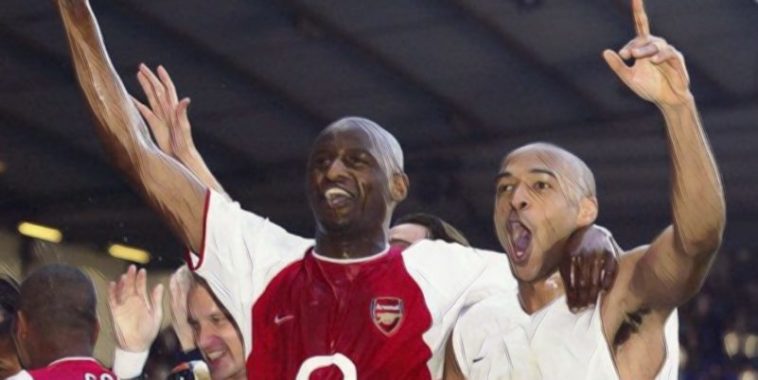 Arsenal are set to appoint a new club captain after Pierre-Emerick Aubameyang was stripped of the armband, the forward removed from his role after a disciplinary breach.

Aubameyang’s removal as captain continues a wretched recent history for Arsenal captains, with the Gunners having struggled to find the right leader for the Emirates dressing room in recent seasons.

Mikel Arteta will be hoping the next appointment proves the right fit for his emerging side as the north Londoners look to progress under the Spaniard’s management and challenge the Premier League’s best sides.

Following Arteta’s decision to remove the armband from Aubameyang, we’ve decided to look back at each of Arsenal’s Premier League captains:

One of Arsenal’s greatest ever players having spent the entirety of his career in North London, Adams was the inspirational leader behind a series of the club’s greatest triumphs.

With his leadership qualities evident from a young age, Adams was appointed as club captain aged just 21, before going on to achieve the notable feat of becoming the first title-winning captain in three separate decades.

Forming part of the Gunners’ famed defensive line-up alongside, Lee Dixon, Steve Bould and Nigel Winterburn, he captained the side to two league titles prior to the Premier League era, before leading Arsene Wenger’s side to league and FA Cup doubles in both 1998 and 2002.

He was also the captain as the north Londoners won their first – and so far only – European trophy with Cup Winners’ Cup success in 1994, with Adams the most successful captain in Arsenal’s history. He was duly honoured with a statue outside the club’s Emirates stadium in 2011.

10 of the best quotes about Arsenal legend Tony Adams

Succeeding Adams as skipper was an unenviable task, but it was one that midfielder Patrick Vieira relished.

Having proven himself as one of the most inspirational players in the Premier League, Vieira was the face of Arsene Wenger’s side as they moved on from the previous era and captained the Gunners during the most remarkable season in their history.

Featuring alongside the likes of Thierry Henry and Dennis Bergkamp, Vieira led the Gunners through a famed unbeaten season in 2003/04 as Arsenal were crowned champions of England.

The north London side became the first team since Preston North End 115 years previously to achieve the feat without losing a single game.

The break-up of that ‘Invincibles’ side began with Vieira’s departure to Juventus in 2005, his final act as Arsenal skipper to score the winning penalty in a shootout success over Manchester United in the FA Cup final.

Despite spending just three seasons as club captain, the Frenchman is remembered as one of Arsenal’s most iconic leaders.

Widely regarded as the greatest player in Arsenal’s history, Henry inherited the armband from compatriot Vieira following the midfielder’s departure for Serie A.

Having been the star turn during the club’s most recent successes, Henry’s time as captain coincided with the beginning of the Gunners’ decline as the club moved into their new Emirates Stadium.

Arsenal’s all-time record goalscorer was typically inspirational during his first season wearing the armband, however, winning the Premier League’s Golden Boot with 27 goals and being named as the Football Writer’s Footballer of the Year.

That season also saw Henry lead Arsenal to a first ever Champions League final, including scoring that goal against Real Madrid as Arsene Wenger’s side marched to the showpiece.

Henry missed out on being the first Arsenal captain to lift the European Cup however, as Barcelona came from behind to win in Paris after Jens Lehmann’s early red card.

With Arsenal’s on-field prospects deteriorating, Henry opted to leave the club in 2007. Whilst no silverware was lifted during his time as captain, he led a young side into their new era and his legacy as an all-time great is assured.

Following on from the aforementioned trio, William Gallas’ time as Arsenal captain was, without doubt, a substantial downgrade.

The experienced defender was handed the captaincy following Henry’s move to Barcelona, though his reign is more memorable for the wrong reasons and he lasted less than 18 months in the role before being stripped of the armband following a series of controversies.

His tantrum and subsequent tears on the pitch following a draw with Birmingham in 2008 were laughable, before he was stripped of his role as captain later that year following an ill-advised interview.

Having revealed tensions within the dressing room and criticised the club’s younger players, Gallas was removed from his position by Arsene Wenger and replaced by Cesc Fabregas.

He remained at the club until 2010, before further damaging his popularity with a move arch-rivals Tottenham.

Having been named as the PFA Young Player of the Season the previous year, Cesc Fabregas was regarded as Arsenal’s bright hope as they moved on from the ‘Invincibles’ era.

Handed the captaincy in place of William Gallas, the then 21-year-old was the heartbeat of a side containing fellow emerging prospects such as Samir Nasri and Theo Walcott.

Is the Arsenal captaincy cursed?! 🤔

Unable to inspire Arsenal to silverware, Fabregas played a key role as the club continued to secure Champions League football during a transitional period, as well as reaching the semi-finals of the tournament in 2008/09.

Like Henry before him, Arsenal’s inability to challenge for major honours saw him depart, however, returning to boyhood club Barcelona in search of silverware in 2011.

Despite being captain for just a solitary season before his notorious departure to rivals Manchester United, Van Persie could hardly have done more to bring success to the club during his spell as skipper.

The Dutch forward plundered 37 goals in all competitions as Arsenal finished third in the Premier League, winning a host of individual accolades including the Premier League Golden Boot and a PFA Players’ Player and Football Writer’s Footballer of the Year double.

Arsenal’s decline from title challengers to top four contenders saw them lose several of their best talents during this period, with Van Persie the latest to opt out of the Emirates in search of the game’s biggest prizes.

He moved to Old Trafford after just one season as club captain, winning a second successive Golden Boot and the Premier League title in his first season in Manchester.

The popular Belgian defender succeeded Van Persie as the club’s new captain, though the captaincy seemed to have an adverse effect on the centre-back as his performance levels dropped following his award of the armband.

Vermaelen had made an impressive impact at Arsenal following his move from Ajax in 2009, being named in the PFA Team of the Year during his debut season.

However, injury problems also hampered much of Vermaelen’s time at Arsenal, whilst he also lost his place in the side to Per Mertesacker and Laurent Koscielny during his latter years in North London.

He won just one trophy as Arsenal captain, the 2014 FA Cup, though was an unused substitute for the final victory over Hull City.

A fine servant during his five-year spell at the Emirates, the Spanish midfielder was appointed club captain in 2014, though in truth his career was winding down.

His reign as captain began impressively with a 3-0 victory over Manchester City in the Community Shield, though he made just 11 further appearances during his debut season as skipper and missed the FA Cup final victory over Aston Villa at Wembley.

His second season as captain proved similarly disappointing, Arteta again featuring infrequently before announcing his retirement at the end of the season.

The Spaniard returned to the Emirates as Arsenal manager in 2019 and guided the Gunners to FA Cup success during his first season in charge.

Like Arteta, another great club man who was perhaps awarded the armband for his service to the club, rather than his evident on-field leadership skills.

A model professional, the World Cup winning defender captained Arsenal for the final two years of his career, before retiring and taking up a position as manager of the club’s academy system.

His two seasons as captain saw him make just seven league appearances as he struggled for fitness in the twilight of his career, though he started the 2017 FA Cup final as London rivals Chelsea were beaten 2-1 at Wembley.

Whilst a fine character around the club, the highlights of Mertesacker’s Arsenal spell were before he inherited the captaincy.

Koscielny’s legacy at Arsenal would perhaps have been assured had it not been for his engineering of an exit away from the Emirates in 2019.

The French defender had given the club nine years of dependable service, before being rewarded with the captain’s armband following Mertesacker’s 2018 retirement.

This hurts. The level of disrespect 😤😤 You should be ashamed for the way you've left the club after 9 years! Got what you wanted and still trying to have a dig 👋🏾👋🏾👋🏾 Hope it's worth it in the long run. https://t.co/7ShuTVss2u

He led the Gunners to the Europa League final during his single season as captain, though was unable to deliver silverware success as Unai Emery’s side were beaten by London rivals Chelsea.

That summer saw the centre-back surprisingly decide he wanted out at the Emirates, with Koscielny refusing to join up for the club’s pre-season tour as he sought a return to his native France.

He eventually secured his desired return to Ligue 1 with Bordeaux, with his ill-advised unveiling – in which he removed an Arsenal shirt in favour of his new club colours – further tainting his reputation.

Granit Xhaka’s time with Arsenal has proven somewhat of a rollercoaster, some impressive performances for the Gunners mixed with moments of ill-discipline.

The appointment of the Switzerland midfielder as captain caused surprise amongst sections of the fanbase, with Xhaka lasting just a matter of months in the role before being stripped of the armband.

Aubameyang stripped of Arsenal captaincy two years after Xhaka was stripped of it 🤷‍♂️ pic.twitter.com/r3gxEq1x34

Unai Emery removed Xhaka as captain following an angry confrontation with home fans during the Gunners’ 2-2 draw with Crystal Palace at Emirates Stadium.

The midfielder cupped his ear and threw his shirt to the ground after his substitution was greeted with boos against the Eagles, an incident which threatened his career with the club.

Xhaka – so often a target for critics – has since salvaged his career with Arsenal, but his time as captain proved a brief period.

Mikel Arteta said the removal of Aubameyang as captain was the correct decision to ‘defend the interests of the football club’, after confirming the forward would no longer wear the armband at the Emirates.

Aubameyang inherited the captaincy from Xhaka, during a period in which the Gabon international was the shining light of a mediocre side at the Emirates.

Whilst the forward is far from the traditional captain mould, his performances for Arsenal – including scoring 31 goals across all competitions the previous season – saw him named as the club’s new leader.

His reign initially began well with some stand-out performances in the Gunners’ 2020 FA Cup success, scoring successive braces as Manchester City and Chelsea were beaten in the semi-finals and final respectively.

However, his performances have dropped markedly since signing a new lucrative contract and recent displays have been ineffective.

That dip in performances – alongside his disciplinary breaches – has now left Arsenal in search of a new direction once again.