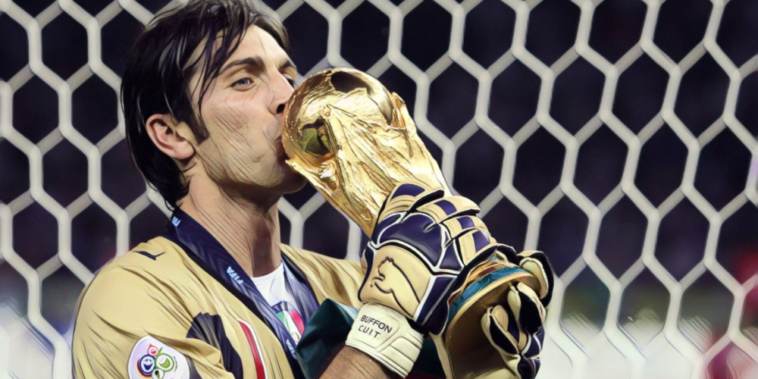 Goalkeepers rarely receive the same acclaim as their attacking associates, but almost each great team starts with a reliable number one.

The last line of defence and guardians of the goal, a great goalkeeper can be the difference between success and failure at the highest level.

With the World Cup action in full swing, we’ve decided to look at five of the best goalkeepers in the tournament’s history.

Gilmar was the goalkeeping custodian of Brazil’s first victorious sides, forming part of the team that first conquered the world in Sweden in 1958.

Alongside names such as Pelè and Garrincha, he helped Brazil defeat the host nation 5-2 in the final to be crowned world champions. Four years later, Brazil defended their title in Chile, defeating both England and the hosts before a final win over Czechoslovakia.

His 93-cap career for the Selecao included three consecutive World Cup tournaments, winning the first two of those to become the only first-choice goalkeeper to have won successive World Cups.

He conceded just 95 goals in his 93 appearances for the national side, while only Claudio Taffarel has won more caps among Brazilian goalkeepers.

This is incredible to say the least and it just goes to show what a difference having a solid goalkeeper can make. The World Cup is always a huge tournament and it is a great success as well. That is why a lot of casino games have been modelled after it as the years have gone by. If you want to try them for yourself then make sure that you try out the best new online slots so you can make the most out of your experience.

Lev Yashin was widely viewed as the greatest goalkeeper of his era and one of the finest to have ever adorned the gloves. The ‘Black Spider’ kept over 270 clean sheets in a career that saw the goalkeeper feature in three World Cups for the Soviet Union.

The ultimate honour eluded Yashin, but his status as the world’s best goalkeeper was in little doubt. He became the first – and so far only – goalkeeper to win the Ballon d’Or in 1963 and formed part of the Soviet side that won the European Championship in 1960 and who reached the semi-final of the World Cup in England six years later.

🧤 "Yashin was the greatest keeper in history, and easily the greatest at saving penalties. I knew I had to strike a perfect shot."

🇵🇹 Eusebio did just that of course, setting Portugal on the road to victory over USSR and a 3rd-place at the 1966 World Cup 🥉

Such was his formidable reputation, Chile’s Eladio Rojas memorably chose to celebrate his winning goal against the Soviet Union by hugging Yashin in 1962, such was his delight at scoring past the goalkeeping great.

“I was in disbelief that I’d scored past the great Lev Yashin,” Rojas recalled, as per FIFA.

“I still am. I was overcome with excitement that all I wanted to do was hug him. Scoring past Yashin was like a trophy

Gordon Banks spent almost a decade as England’s number one, a period which saw the shot-stopper emerge as one of the best goalkeepers of his generation and have a key role in the Three Lions’ greatest triumph.

Banks started each of England’s six fixtures as Alf Ramsey’s side won the World Cup on home soil in 1966, conceding just one goal on route to the final. Eusebio’s penalty in the semi-final win over Portugal ended a run of 721 minutes without conceding a goal for Banks, an England record that lasted 55 years.

Banks remained England’s number one for the 1970 tournament, where he produced a save many regard as the greatest in World Cup history. Pelè’s powerful header appeared a certain goal, until Banks sprawled across his goal-line to somehow keep the ball out.

A year without Gordon Banks.

His @England 1966 triumph and extraordinary save against @Pele four years later will never be forgotten. pic.twitter.com/lPjCI8vVwg

“For many people, their memory of Gordon Banks is defined by the save he made against me in 1970. I understand why,” Pelé wrote in a tribute to Banks, following his death in 2019.

“The save was one of the best I have ever seen – in real life, and in all the thousands of games I have watched since.

“When you are a footballer, you know straight away how well you have hit the ball. I hit that header exactly as I had hoped. Exactly where I wanted it to go. And I was ready to celebrate.

“But then this man, Banks, appeared in my sight, like a kind of blue phantom, is how I described him. He came from nowhere and he did something I didn’t feel was possible. He pushed my header, somehow, up and over. And I couldn’t believe what I saw. Even now when I watch it l, I can’t believe it. I can’t believe how he moved so far, so fast.”

Oliver Kahn might not have won the ultimate prize, but retains a unique piece of history as the only goalkeeper to win the World Cup’s Golden Ball.

Kahn was a world-class presence in the German goal and featured in three World Cup tournaments, the second of which saw him named as the best player at the 2002 edition in Japan and South Korea. Few expected Germany to succeed following a dismal Euro 2000 and unconvincing qualification campaign, but Kahn’s heroics helped an unfancied outfit reach the final.

He conceded just one goal on route to the final, producing a sensational show of shot-stopping as Germany avoided an upset against the USA in the quarter-finals.

Clean sheets against Paraguay and South Korea also came in the knockout rounds to book a final date with Brazil in Yokohama. Kahn’s error – perhaps his first of the tournament – allowed Ronaldo to open the scoring and Germany lost 2-0 to the South Americans in the decider.

It was a cruel moment for Kahn, whose performances were later acknowledged with the Golden Ball. He finished ahead of Ronaldo in the voting, despite the Brazilian’s eight-goal campaign that inspired Brazil to a fifth world title. That’s some achievement.

Gianluigi Buffon is among the most admired goalkeepers of all time, having featured in four World Cups across a career of decorated success and longevity.

Buffon was first-choice for the Azzurri at four consecutive tournaments, with the highlight of his international career coming in Germany in 2006.

He shone for an Italy side that was crowned world champions, keeping five clean sheets in just seven fixtures. Buffon conceded just two goals at the finals, one an own goal from Cristian Zaccardo and the other a Zinedine Zidane penalty.

Italy went on to win on penalties, and Buffon would later remember that save as the most important of his career 🤩🇮🇹🏆#ArchivePhoto 📸 pic.twitter.com/9a3cmImgQj

Buffon’s campaign included a run of 453 minutes without conceding a goal, just 64 short of the record set by compatriot Walter Zenga in 1990. He was named as the World Cup’s Best Goalkeeper and ended 2006 as runner-up to teammate Fabio Cannavaro for the Ballon d’Or.

He later captained the side at the 2014 finals and called time on his international career after a 176 appearances. Just two European players – Cristiano Ronaldo and Sergio Ramos – have ever won more for their respective nations.