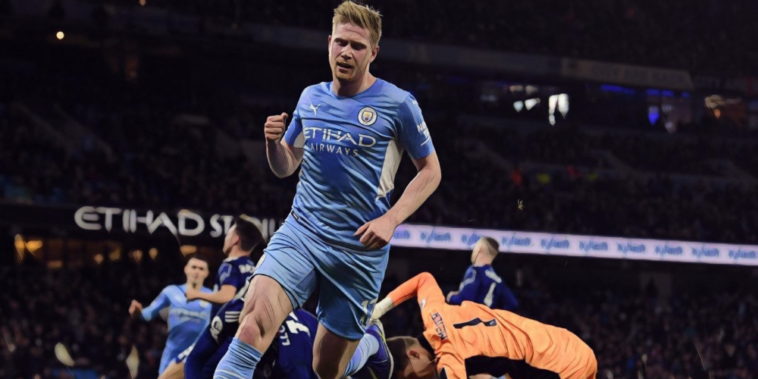 Pep Guardiola has described Kevin De Bruyne as ‘phenomenal’ following the midfielder’s performance in Manchester City’s 7-0 thrashing of Leeds at the Etihad.

City extended their lead at the top of the Premier League with a ruthless attacking performance against Marcelo Bielsa’s side, with De Bruyne scoring twice – included a stunning second from distance – as the league leaders inflicted Leeds’ joint-heaviest defeat of all time.

It was a welcome return to goalscoring form for the Belgium international, who has endured an underwhelming start to the season due to injury and illness.

Guardiola was delighted with De Bruyne’s showing, admitting the 30-year-old can be ‘devastating’ when at his best.

“He’s phenomenal, We need him. He’s so important for us. He is devastating. He can do what he wants.”

Guardiola outlined De Bruyne’s importance to his side and is hopeful the midfielder can ‘retain this rhythm’ as City look to maintain their advantage at the top of the division.

“He is humble enough to accept he has to work,” added Guardiola. “He trained really well in the last two days and in a type of game like this, which is a little bit more open, he is the best.

“We are really pleased because we miss him. We have been together six seasons and what he has done for me is everything.

“We are very pleased he is coming back, step by step, because he struggled at the beginning of the season a lot. Hopefully, now he can retain this rhythm longer because we need him.”