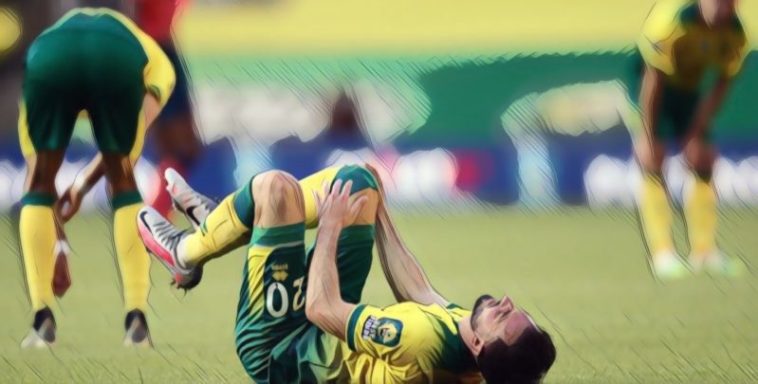 Making history and breaking records are not always a good thing in football.

Just ask Derby County, the team with the record lowest points total in Premier League history. Ask Swindon Town, whose 100 goals conceded was the most in a single campaign. Or Norwich City, who just became the the first team to be relegated from the Premier League five times.

The Canaries impressed early on in the campaign with their attractive football and the goalscoring exploits of Teemu Pukki, but their defence was simply not up to task. It was clear from a long way out that they would not survive the drop this year.

There is the potential for it to get worse for the Norfolk outfit as they could ended up with the sixth lowest points total in Premier League history if they don’t gain at least three points in their final two matches of the season.

The five most relegated clubs of the Premier League era:

If any club knows the pain of relegation, it’s Sunderland. The Black Cats were sent straight back down to Division One after winning promotion in 1996, but the signing of a certain Kevin Phillips spurred the club to return to the Premier League in 1999 and remain there for four years.

The noughties saw some awful campaigns, however, as they twice finished bottom of the table, winning just seven games across those two relegation campaigns.

Sunderland made a swift return under manager Roy Keane and the club made a habit of dodging the drop between 2007 and 2016, but they finally went down three years ago after a turgid campaign under David Moyes. They suffered back-to-back relegations and currently reside in League One.

Sunderland ‘Til I Die and more must-watch football documentaries

A veritable yo-yo club in the noughties, West Brom achieved promotion from the second tier on three occasions and each time they were back down inside two years. Twice they were immediately relegated, while in 2005/06 they managed to make the ‘Great Escape’ – becoming the first team to be bottom of the table on Christmas Day and survive – only to be relegated the next season.

The following decade was far kinder to them, as they managed to stay in the Premier League from 2010 until 2017, when they finished 20th in the table. This year could see them achieve their fifth promotion in 20 years.

Five of the greatest escapes in Premier League history

One of the original members of the Premier League, Middlesbrough were one of the first three clubs to be relegated in the inaugural season of the breakaway league, finishing second from bottom.

Boro returned two years later by winning the First Division and made a much improved effort of staying in the top flight, finishing 12th in 1995/96. With Bryan Robson at the helm, the club attempted to build on their progress by making big name signings such as Emerson and Fabrizio Ravanelli.

What followed was a bonkers campaign that would have rivalled any storyline on Dream Team, as the club reached both the FA Cup and League Cup finals, were given a points deduction for postponing a fixture against Blackburn, and Ravanelli scored 31 goals in all competitions, but they were ultimately relegated.

They came straight back up, however, enjoying 11 straight seasons in the Premier League, winning the League Cup and reaching the Uefa Cup final along the way, before going down for the third time in 2008/09. It was another seven years before they returned, but were immediately relegated after a dismal campaign in which they won just five matches.

How Juninho overcame the ‘monstrous cold’ to become a Boro legend

Another club who formed part of the Premier League’s original 22 clubs, Crystal Palace only performed marginally better than Middlesbrough, finishing 20th in 1992/93.

Over the next five years they firmly established themselves as a yo-yo club, enduring promotion and immediate relegation on two further occasions in the nineties, before settling down as a First Division side.

After six seasons in the second tier, Palace returned via the playoffs, but Andy Johnson’s goals could not save them from the drop in 2004/05.

Following the threat of extinction due to financial trouble, the Eagles finally returned to the Premier League eight years later and are currently enjoying their longest spell in the top flight in the club’s history.

Norwich City began life in the Premier League rather strongly, finishing third in 1992/93, but it was not a forebear of things to come. Just two seasons later they finished 20th out of 22 teams and didn’t return for almost an entire decade.

The Canaries established themselves as the ultimate yo-yo club thereafter, winning promotion and suffering immediate relegation three times since.

Incredibly, though, Norwich won successive promotions from League One to the Championship to the Premier League between 2009 and 2011, and remained there for three seasons.

Quiz: Name every team relegated from the Premier League since 1992