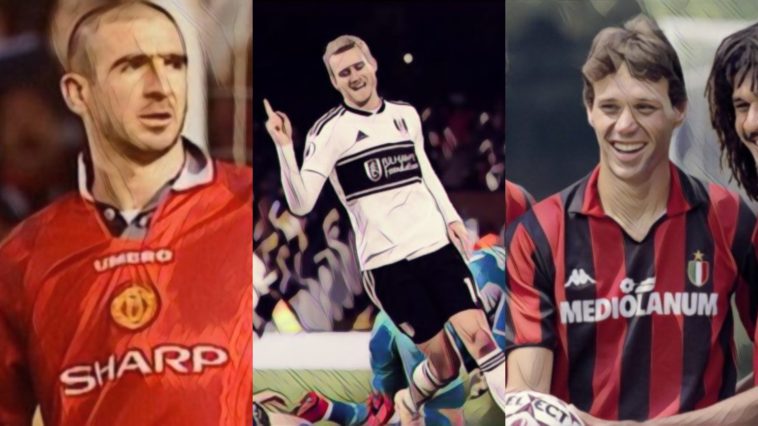 Generally speaking, no one is happy to see a footballer retire from the sport at an early age.

The average career span of a professional footballer is eight years, while the average retirement age is 35, according to the PFA. But some players, whether it be through injury, personal circumstances or a loss of love for the game, leave the sport much earlier than that.

And such was the case when Andre Schurrle became the latest footballer to announce his early retirement from the game this week, telling German newspaper Der Spiegel “the depths became deeper and the highlights less and less.”

It was a surprising revelation from a player who had achieved so much, providing the assist for the winning goal in a World Cup final, receiving a Premier League winners medal at Chelsea (although he had been sold halfway through that season), and linking up with Man City’s Kevin De Bruyne to win the German Cup with Wolfsburg in 2015.

The wide forward’s move to Borussia Dortmund was not a success, however, as he only scored three Bundesliga goals before spending the last two seasons on loan at Fulham and Spartak Moscow.

“Now I’m ready and open for all the beautiful possibilities that are coming towards me,” Schurrle added, as he prepares for life without football. He joins the pantheon of great footballers who called it a day when they still had so much more to give.

Five of the best footballers who retired at an early age:

The shock that accompanied Eric Cantona’s sudden retirement from football in 1997 was palpable. Here was arguably the best player in English football at the time ending his career at the age of 30 (thirty!) when there was so much more to be won at Manchester United.

The Frenchman was a beacon for the club’s success in the nineties, the key ingredient in ending their 26-year long wait for a league title. That’s why it was a shame that he missed out on United’s Champions League success just two years later, as well as France’s World Cup triumph in 1998.

But it was typical Cantona to bow out in such a way. His appetite sated, he went out on his terms and leaving everyone wanting more, including his manager Alex Ferguson, who wrote a heartfelt letter to the ex-striker.

Sir Alex Ferguson sent Eric Cantona this letter after his decision to retire in 1997. pic.twitter.com/kHHkuEg0CV

When Diego Maradona was once asked who the best player he ever saw was, he answered “it’s between Romario and Marco van Basten.” Try and imagine, then, what the world missed out on when the Dutchman had to retire at the age of 31.

But by that stage he had been effectively already in retirement for two years previously due to his recurring ankle injuries, his last game for AC Milan being the 1993 Champions League final against Marseille.

Before then Van Basten had proven himself to be one of the greatest players of all-time, having won two European Cups, three Balon d’Or awards, and scored perhaps the most spectacular goal ever seen in a major final when he scored the winner against the USSR in the Euro 88 decider.

One of the greatest Asian footballers ever, Hidetoshi Nakata became just the second Japanese footballer to play in Serie A when he joined Perugia in 1997.

From there he went on to have great success, winning the Scudetto in 2001 with AS Roma, before winning the Coppa Italia with Parma in 2002.

Nakata spent the 2005/06 season on loan with Bolton Wanderers, his sole campaign in the Premier League, and it turned out to be his last in the sport, retiring at the age of 29. The former Japan international went on to become a model and something of a fashion icon in his post-football career.

While his brother Michael is the more celebrated footballer of the two, Brian Laudrup’s career was immensely successful. The Dane won league titles in three different countries, as well as the Champions League with AC Milan, and was a key member of the Denmark team that won Euro 92 and the Confederations Cup in 1995.

Named the Danish Player of the Year on four separate occasions during his career, Laudrup was undoubtedly one of the nation’s greatest ever footballing products, wowing spectators with his terrific dribbling ability. Sadly injuries forced him into retirement in 2000 at the age of just 31.

A prolific striker in his day, Just Fontaine set the record for most goals in a single World Cup campaign when he scored 13 goals for France in 1958 – a record he holds to this day and likely always will.

Fontaine, who scored 30 goals in just 21 caps for the French national team, formed part of the highly successful Stade de Reims team that won three league titles and reached the final of the European Cup in 1959.

Sadly for Fontaine, he had to retire at the age of 28 due to injury, just four years after his exploits at the World Cup in Sweden.

See Also: The Premier Leagues clubs who have suffered relegation most often