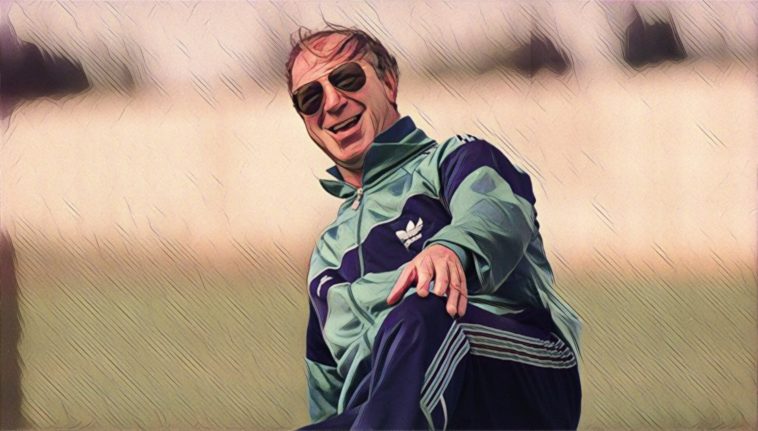 Four months on from Italia 90, the euphoria of Ireland’s World Cup odyssey still simmering down, Jack Charlton appeared on RTE’s The Late Late Show, that staple of Irish television since 1962.

The late Gay Byrne, perhaps the only figure in modern Irish society who could compete with Charlton’s iconic status, presented his guest to the audience, whose hearty reception was probably quite tame when compared with what he had become accustomed to in Ireland.

“I’m telling you, if you had run for president you’d have walked away with it for god’s sake,” asserted Gay.

Jack bristled. “I don’t have the accent for it.”

“I think in your case, Jack, we’re probably prepared to make allowances.”

Four and a half years previously Charlton had taken the reigns as Republic of Ireland boss, beating the favourite Bob Paisley by a whisker to become the nation’s first foreign manager. At the time Irish-English relations were tense, to say the least. When he took charge of his first match against Wales, he was greeted with a banner that bore the words “GO HOME UNION JACK”.

How deeply that sentiment ran among Irish supporters is anyone’s guess, but he was not universally welcomed by the football family. A 1-0 defeat that day didn’t help his cause, but he would, of course, turn everyone around to him.

The idea that Charlton, a protestant Englishman, and a proud one at that, would be accepted as one of Ireland’s own was a quaint and quite naive notion to have 34 years ago. The fact he was a gruff Geordie helped; he had absolutely no airs or graces about him and certainly didn’t look down on the Irish with the kind of snobbery that was automatically assumed to be true of a large portion of the English population.

But the biggest reason the Irish people took him into their hearts was for the memories he helped create. It began with the Iceland Triangular Tournament in 1986, the first time Ireland won anything at football, and it just went on from there.

Qualifying for Euro 88, our first ever major tournament. Beating England in Stuttgart.

The 1990 World Cup, the penalty shootout against Romania, reaching the quarter-finals.

USA 94, where we somehow beat Italy, that summer’s finalists.

But it was Italia 90 that became a byword for pure unbridled joy in Ireland. Streets were literally deserted as the highlights of many people’s lives played out in Cagliari, Palermo, Genoa and Rome in that most special of summers.

Charlie Haughey, the Taoiseach at the time, paused a press conference at an EU summit at Dublin Castle to watch the shootout against the Romanians. People who had never had any interest in football before were now bawling their eyes out at what they were witnessing. That’s how closely it touched every single person in the country.

And Jack Charlton was the man responsible for it all. The players were the heroes on the field, but we were all part of Jackie’s Army.

Big Jack was an easy character to love, too. A man of the people, he was just as likely to be down your local pub as he was to be anywhere else in the world. He was funny, charming and could spin a yarn with anybody.

Wherever Charlton went as a player or manager, he understood the struggle of the working-class people in that community. A coal miner before joining Leeds United in the fifties, he never forgot his roots and supported the miners’ strikes in the eighties.

"Factories were closing down. People were becoming unemployed. It was a depressed area."

Love this. Always seemed like Jack Charlton got what football meant to so many people. Lifted whole parts of neglected England and the entire country of Ireland. pic.twitter.com/1S4W6NnfHc

This was considered dangerous in the eyes of the Football Association, who didn’t even bother to send him a response after he applied for the England job. Someone with such left-leaning, anti-establishment ideals wasn’t to be trusted evidently. “The FA blazers thought there’s no way we can have a guy with those leanings leading our national football team,” wrote Charlton’s biographer Colin Young.

The contrast with his brother is enlightening. While Bobby was a classy midfielder considered one of England’s most talented players of all time, Jack was a no-nonsense centre-back who would, in his own words, “stop other people from playing”. “I can’t play. Bobby can play,” he told Michael Parkinson in 1972.

Their footballing differences reflected their personalities as well. Bobby was a soft-spoken man who shied away from the limelight where possible, whereas Jack loved being the centre of attention and the life of the party.

He was one of us. And yet he was larger than life at the same time. As nicknames go, ‘Big’ Jack was an understatement. Fans adored him and the players would have died for him. He was a force of nature who single handedly changed the direction and destiny of Irish football.

In the space of nine years, this honorary Irishman became more than a manager; he was a cultural icon. When he met Pope John Paul II at the Vatican ahead of the quarter-final against Italy in 1990, his holiness probably wasn’t even aware he was in the presence of a deity.

The arts reflect society at any given time and that was certainly true of the Charlton era. “Put ’em under pressure”, the phrase coined by the man himself which so succinctly summed up his tactical approach, was turned into a song and became the soundtrack of a nation.

Before that, there was Christy Moore’s “Joxer Goes To Stuttgart”. After there was the 1996 film The Van. The Father Ted tribute that same year. The famous Carlsberg advert he did in 2008. The thousands of references made in television shows. And the many countless documentaries made about him and that era over the years. His imprint is everywhere.

One of the great football TV adverts, from 2008. #jackcharlton pic.twitter.com/7dLX3hhsL5

His legacy is so endearing that, 20 years after leaving the job, he received a standing ovation from both sets of supporters before Ireland and England kicked off at Lansdowne Road in 2015. It was a spine tingling moment that will be cherished by those who were there to pay tribute to the great man on his final visit to the ground he called home for so long.

Charlton’s stature and prominence in Irish life was so great that he’s been given credit for things that he had no hand in; that he boosted the economy to the point where he kick started the Celtic Tiger, reclaimed the tricolour from the grips of violent republicanism, and initiated the peace process that eventually led to the end of the Troubles.

These are all, of course, myths, but it speaks volumes that the Irish are willing to give him credit for just about every good thing that has happened in the country in the last three decades. The one thing he did do, though, was instigate a colossal change in mindset. As Eamon Dunphy, Charlton’s most vocal critic in the nineties told the Irish Independent, he “touched something profound in the Irish psyche.”

Eighties Ireland was a depressing landscape defined by unemployment and mass emigration. By bringing the Irish team as far as he did, he embedded a sense of achievement among us that had never existed before. It gave everyone something to be proud of as Irish people, and by using the Granny Rule to deepen the available talent pool, he was able to really connect the country with its diaspora in a completely new way.

The win against England alone did more to obliterate the nation’s inferiority complex than anything else in the country’s recent history, let alone bringing Ireland to sixth in the FIFA world rankings.

We never won anything; the World Cup was one dream too far. But Jack attained something of far greater worth: immortality.

As was so often the case, the last word rests with Gay Byrne: “He became the greatest man in Ireland without a shadow of a doubt.”

Read: Ireland’s greatest ever wins – Beating the English and conquering the world champions