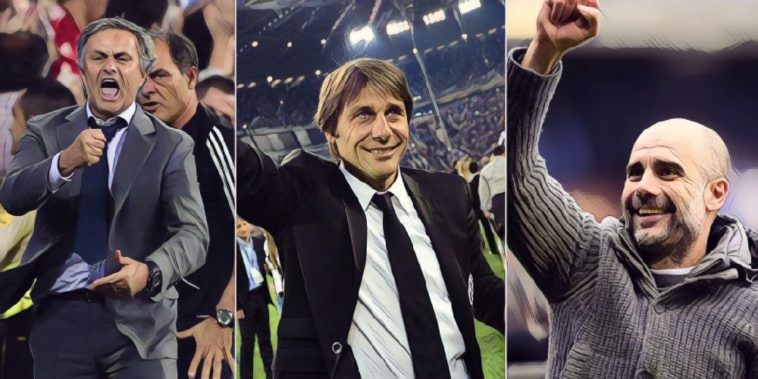 Liverpool’s hopes of securing a new Premier League points record were shattered with a disappointing 2-1 defeat at Arsenal in midweek, with the newly-crowned champions now unable to reach a fabled century of points.

Jurgen Klopp’s side’s defeat at the Emirates means that Manchester City’s all-time landmark will remain for another season at least, whilst the Reds have also missed out on becoming just the fifth side to reach 100 points in the history of Europe’s top five leagues.

We’ve decided to look back at some of the most dominant champions in the history of European football, here are the only four sides to reach over 100 points in one of Europe’s leading leagues:

The first side in the history of Europe’s top five leagues to reach 100 points was Real Madrid, Jose Mourinho’s formidable outfit reaching unprecedented standards as they looked to overhaul a Barcelona side which had dominated under the guidance of Pep Guardiola.

Critics may often take aim at Mourinho’s perceived pragmatic style, but his Real Madrid team were a swashbuckling side full of attacking verve – scoring a record 121 goals to reclaim the Spanish title with Cristiano Ronaldo at the centre of their success.

The Portuguese superstar scored a barely believable 46 goals in just 38 league appearances, becoming just the second player to score against every single opponent in a La Liga season.

His haul, somewhat incredibly, was only enough to finish as runner-up for the Pichichi trophy as La Liga’s leading scorer following a record-breaking 50-goal campaign for Lionel Messi – the two sporting icons at arguably the peaks of their unrivalled powers.

Real’s season saw them lose just two league fixtures, setting a whole host of divisional landmarks along the way, including racking up a record 16 away wins and finishing with an all-time record goal difference of +89.

Mourinho’s side ended the season with a 22-game unbeaten run to be crowned champions by a margin of nine points, ‘The Special One’ sealing title success in a third of Europe’s five major leagues.

Pep Guardiola had opted to walk away from the Camp Nou following a glittering four-year spell in charge to take a sabbatical from the game, with former assistant and replacement Tito Villanova thriving during his debut campaign at the helm.

Lionel Messi finished the season with 60 goals in all competitions as Barcelona led the league from the first fixture until the last, opening the campaign with a 5-1 victory over Real Sociedad and never relinquishing their position at the summit.

The Catalan side became the first team in the league’s history to score in every single one of their league fixtures, winning 18 of their opening 19 fixtures and losing on just two occasions to reach 100 points.

Barca’s century of points saw them finish a huge 15-points clear of nearest challengers Real Madrid, the largest winning margin in the history of the division.

The past decade of Italian football has belonged to the Old Lady, Juventus returning to a status amongst Europe’s elite and enjoying the most dominant period in Serie A history.

The Bianconeri have won a record eight titles in succession including a famed unbeaten campaign in 2011/12 before setting a new all-time points record just two seasons later.

Both achievements came under the guidance of Antonio Conte who sealed a record-extending 30th league title by reaching over a century of points during the 2013/14 campaign, Juventus’ 102 points the highest tally any side has managed in the history of Europe’s top five leagues.

Juventus set a new record of 33 wins in a single season as they romped to a third consecutive Scudetto, finishing 17 points clear of runners-up Roma in what proved to be Conte’s final season in charge.

Carlos Tevez finished as the club’s leading scorer and the Argentine was ably supported by a stellar midfield line-up including Arturo Vidal and Paul Pogba, Conte’s side perfectly orchestrated by the evergreen talents of Andrea Pirlo who was named as Serie A Footballer of the Year for the third year in a row.

City’s season saw the club produce some scintillating football in a style so synonymous with their Spanish head coach, moving the ball quickly and with purpose to blow away opponent after opponent.

Guardiola’s side were simply a cut above the rest of English football during a record-breaking campaign, becoming the first side in Premier League history to reach a century of points and breaking a whole host of divisional records along the way, including most wins (32), most goals scored (106), most consecutive victories (18) and the biggest ever winning margin (19 points).

Sergio Aguero finished as the club’s leading goalscorer with 30 goals in all competitions – eclipsing Eric Brook as City’s all-time record goalscorer in the process.

City also became just the third side in Premier League history to defeat each of the other 19 sides throughout the course of the campaign, a feat they achieved in consecutive years after defending the title the following season.