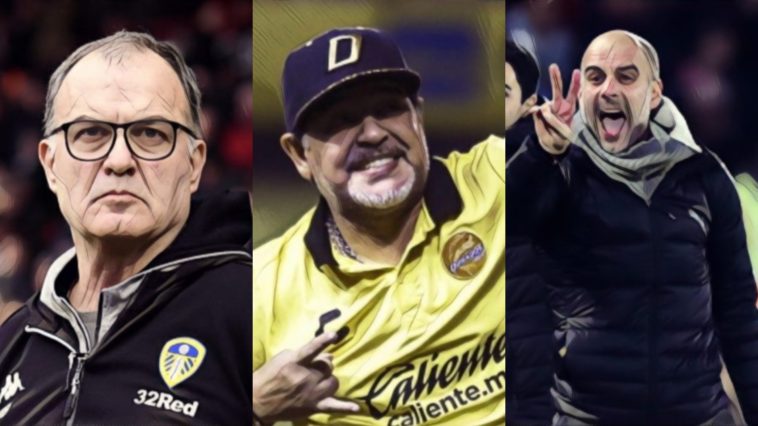 There’s next to no football on our screens these days, what better way to fill the void in our daily lives than by gorging ourselves on some excellent football films and documentary series over the next while.

The following shows and movies are available to stream online on various formats and will (hopefully) keep you from going insane in these strange times.

10 of the best football shows on Netflix, Amazon and YouTube:

Sunderland ‘Til I Die

The series begins the season after Sunderland have been relegated to the Championship and are one of the favourites to secure promotion back to the Premier League, but as we know things only got worse for the Black Cats.

Throughout the shambolic 2017/18 campaign we get a glimpse of some of the poor decision-making that has gotten the North East outfit into their current predicament, what football really means to local people, and the reality of relegation.

After the club has been relegated, manager Chris Coleman is confronted by a fan:

Supporter: How do you feel?

Supporter: You haven’t got a fucking clue, mate.

Coleman: You calling me a prick? I’m a married man with six kids.

The documentary gets emotional at times, and it is tough seeing how the club’s struggles on the pitch affect the non-playing staff, but there are plenty of funny moments dotted throughout.

If you haven’t watched the film Diego Maradona that was released last year, then go watch that immediately. Then once you’re finished with that, watch Maradona In Mexico.

If there is one footballer past or present that you would think ripe for a Netflix series, it has to be Diego Maradona. One of the greatest players of all time, the Argentine has lived a bizarre life in the spotlight and continues to make news in the present day.

Maradona’s forays into management have been mixed, to say the least, but when it was announced that he would be managing a Mexican club in Sinaloa, home to one of the world’s biggest drug cartels, everyone knew this was going to be must-watch television.

The World Cup winner takes over second division side Dorados with the club languishing at the bottom of the table at the beginning of the show, and documents his efforts to lift them out of trouble.

The most random football video games you forgot existed

Speaking of box-office entertainment, there are few clubs who more engaging to follow than the ups and many downs of Leeds United. Amazon Prime’s move into the football market saw them make a number of behind-the-scenes shows about clubs, and this is probably the best of them.

The documentary series follows Leeds as they aim to gain promotion back to the Premier League after 15 years away, and it’s made all the more intriguing by the appointment of enigmatic manager Marcelo Bielsa. Some of the highlights include the spying scandal, their failure to sign Swansea winger Daniel James on deadline day in January, and their ultimate failure to get back to the top flight.

The opening episode starts with a profile of the club’s owner, Andrea Radrizzani, because of course that’s what everyone wants to tune in for, but once you get past that, this is a great watch.

Where to watch: Amazon Prime

Bielsa’s Apostles: 12 players whose careers have been hugely influenced by the Leeds United manager

It’s the greatest Irish football story you never heard; the story of man who left Ireland amidst scandal, became a legend in Spanish football, and saved Barcelona from extinction.

This films tells the tale of Patrick O’Connell, who captained Manchester United and managed Real Betis to their one and only La Liga title in 1935. The Dubliner, also known as Don Patricio, cut a complicated figure who earned a reputation as a womaniser and a bigamist, and despite his success ended up dying destitute in London in 1959.

I spoke to the film’s director and one of the founding members of the Patrick O’Connell Fund ahead of the film’s release in 2018.

Where to watch: Available to buy or rent at donpatricio.tv

Five of the best LOI exports to the Premier League

All Or Nothing: Manchester City

A more polished take on football documentaries, but a nonetheless engrossing and insightful look into not just Manchester City, but their manager Pep Guardiola too. Before this documentary came out we had never gotten such an intimate look into the ways in which the Catalan, considered by many to be the best manager in the world, operates behind closed doors.

The series covers the 2017/18 season, Guardiola’s second in England after enduring a difficult start at the club in his debut campaign, and charts the incredible heights they reached on their way to becoming Premier League champions. It also spawned a million memes

If you don’t have an Amazon prime account, you can watch Fight ‘Til The End, an in-house production by Man City is available for free on YouTube, which covers the 2018/19 season if it tickles your fancy.

Where to watch: Amazon Prime

A superbly produced piece of film about the late Sir Bobby Robson about his time in football, from his playing career to his wildly successful period as a manager. The documentary delves into his time at Ipswich Town, PSV Eindhoven, Barcelona and Newcastle United among others, but pivots around Italia 90 and his leadership of that famous England team. It is stirring, illuminating and emotional – a must-watch.

Where to watch: Netflix and available to buy on YouTube

Take The Ball, Pass The Ball

A stunning piece of filmmaking that offers a tremendous insight into the workings of one of the most dominant club sides in the history of football: Barcelona under Pep Guardiola from 2008 to 2012. The documentary verges on the hagiographic at times, but it is definitely a worthy watch.

Where to watch: Available to purchase on YouTube and Google Play Store

They Think It’s All Rovers

In the nineties, Doncaster Rovers was a proper basket case of a football club. Chaos was par for the course at the Yorkshire club, whose owner even hired an ex-SAS soldier to set fire to the stadium. That gives you an idea of what we’re dealing with here. And it was all captured for glorious posterity in a brilliant 48-minute documentary from 1998 that you can enjoy online for free.

What happens when Downton Abbey meets the FA Cup? You get The English Game. The Netflix show drops on 27 March.

The ultras culture is a fascinating topic that has been covered in longread articles and entire books, so it’s only natural that it would make its way onto the big screen one way or another. Well, Netflix have produced a new film called Ultras, which is slated for release on 20 March. And after watching the trailer we cannot bloody wait for it.

Other films and series to watch while you’re in self-isolation:

See Also: Tino Asprilla could win a match all on his own – if he felt like it