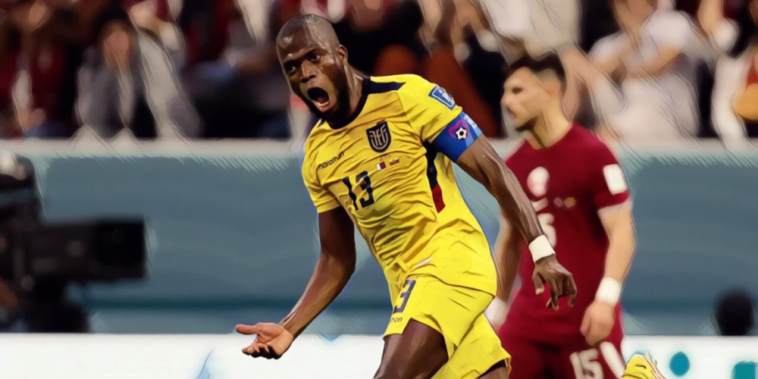 Paul Breitner ensured West Germany’s home tournament began with a win in 1974, as his first-half stunner earned the hosts a 1-0 win over Chile.

West Germany progressed from the first group stage as runners-up to East Germany, but improved in the second phase to finish ahead of Poland and reach the final.

Hosts West Germany opened their campaign with a 1-0 victory over Chile at the Olympiastadion in West Berlin.

Paul Breitner’s howitzer, from fully 30-yards, was worthy of winning any game of association football. pic.twitter.com/jyclfEwuIM

Breitner scored again in the final, an equaliser from the penalty spot against the Netherlands. Gerd Muller then struck a winner as the Germans came from behind to be crowned world champions for a second time on home soil.

After West Germany had been held to a goalless draw in the opening fixture of the tournament, it took less than a minute for Bernard Lacombe to get the 1978 World Cup up and running in the next game.

The French forward met Didier Six’s cross to head home against Italy, powering past Dino Zoff inside the opening seconds.

France were unable to hold on to their early lead however, as Italy fought back to claim a 2-1 win. Les Bleus exited at the group stage, after finishing behind the Azzurri and hosts Argentina. The latter would eventually be crowned world champions for the first time, after beating the Netherlands in Buenos Aires.

Belgium sprang a surprise to beat holders Argentina in the opening fixture of the 1982 World Cup, with Erwin Vandenbergh scoring the decisive goal.

Vandenbergh had finished as the Belgian First Division’s leading scorer in three consecutive campaigns leading into the tournament and demonstrated his goalscoring ability with a memorable winner at the Camp Nou.

Belgium topped the group, but struggled in the second group stage with defeats to Poland and the Soviet Union ending their World Cup campaign.

Alessandro Altobelli had scored in Italy’s World Cup final win over West Germany in 1982, with the forward coming off the bench to score the Azzurri’s third in a 3-1 victory.

He became just the second substitute to score in a World Cup final and remains one of just four players to have done so. Four years later, he opened the scoring at the 1986 tournament in Mexico as the holders were held to a 1-1 draw by Bulgaria.

Altobelli scored four goals at the 1986 finals, though Italy crashed out in the round of 16.

Perhaps the most memorable opening goal in World Cup history.

Francois Omam-Biyik was the hero as Cameroon secured one of the tournament’s greatest ever upsets, beating holders Argentina 1-0 at the San Siro.

Diego Maradona and company were stunned, as Omam-Biyik leapt high and headed home a winner for the unfancied African outfit who ended the contest with nine men after two red cards.

😮 Who remembers this #WorldCup shock❓

The opening game of the 1990 @FIFAWorldCup threw up an almighty shock as #Cameroon beat #Argentina 1️⃣-0️⃣ #OnThisDay in 1️⃣9️⃣9️⃣0️⃣, courtesy of this goal from François Omam-Biyik…

The Indomitable Lions went on to become the first African nation to reach the quarter-finals, while Argentina recovered to finish as runners-up.

Germany broke down a stubborn Bolivia side to begin USA ’94 with a win. The world champions laboured for much of the opening hour, before Jurgen Klinsmann found the breakthrough.

It was a nightmare moment for Bolivia goalkeeper Carlos Trucco, who slipped when advancing to close down Thomas Häßler after the midfielder had beaten the offside trap. Klinsmann stole in to collect Häßler’s knockdown and he had the simplest of tasks to open the scoring into an unguarded goal and get Germany’s campaign up and running.

Brazil began their defence of the World Cup with a 2-1 win over Scotland in 1998. It took just five minutes for the champions to open the scoring, as Cesar Sampiao arrived at the near post to head home an in-swinging corner for the first goal of the tournament.

John Collins equalised for Scotland from the penalty spot, but a Thomas Boyd own goal ensured Brazil started their campaign with a win. The Selecao reached a second successive final with Ronaldo starring on route, but lost to host nation France in the showpiece.

Another opening upset, Senegal stunned France to mark their World Cup debut with a win over the defending world champions.

Seven of the France team had started the World Cup final win over Brazil four years earlier, but Les Bleus struggled in the absence of talisman Zinedine Zidane to deal with a vibrant Senegal side.

Among Diop's many accomplishments, he will always be remembered for scoring the opening goal of the 2002 World Cup. RIP, Papa Bouba Diop.pic.twitter.com/O2tG9xj5J7

El Hadji Diouf impressed against an ageing France backline and set up the decisive goal, as his centre was bundled in by Papa Bouba Diop as Emmanuel Petit and Fabien Barthez failed to clear. The Senegal side danced around the corner flag in celebration, with their upset of the holders the first win on a memorable run to the last eight in Japan and South Korea.

The 2006 World Cup saw the opening game changed from the champions to the host nation for the first time, with Germany beginning their campaign on home soil with an entertaining 4-2 win over Costa Rica.

Phillip Lahm’s stunning sixth-minute strike from distance opened the scoring and put Germany ahead, but Costa Rica hit back to level through Paulo Wanchope.

He went on to lift the 2014 #WorldCup 🏆 + he scored the opening goal at the 2006 edition on home soil 👏 pic.twitter.com/shZnDwGsch

Germany proved too strong however, as Miroslav Klose’s double put the home side in control. Wanchope’s second restored hope for a stubborn Costa Rica, but a fantastic drive from Torsten Frings made the result safe for Die Mannschaft.

The goal. The setting. The commentary.

World Cup opening goals don’t come much better than this hit from Siphiwe Tshabalala, who opened the first ever tournament held in Africa with a thumping strike against Mexico.

When Siphiwe Tshabalala kicked off the 2010 tournament in style 😎

Marcelo will have dreamed of scoring the first goal at Brazil’s home tournament in 2014, though not quite in this manner.

The left-back gave the home nation an uphill task after scoring an early own goal against Croatia, but Brazil bounced back to secure a 3-1 win. Neymar was the star of the show with two goals, underlining his status as the poster-boy for the Selecao’s challenge on home soil.

Russia began the 2018 World Cup in fantastic fashion with a 5-0 thrashing of Sauid Arabia, securing the biggest win by a host nation in the opening game of a World Cup since 1934.

Few had fancied Russia to make an impression after a poor run of pre-tournament form, but Yuri Gazinsky headed home his first goal for the national side to begin a rout. Denis Cheryshev scored twice for Russia, with further goals from Artem Dzyuba and Aleksandr Golovin secured an emphatic win.

Golovin's pinpoint cross finds Gazinsky at the back post unmarked and he duly heads Russia in front pic.twitter.com/1R4VFVaJn0

Russia reached the quarter-finals, upsetting the odds to beat a strong Spain side on penalties in the last 16.

Ecuador secured an opening win as Qatar became the first host nation to lose the opening game of a World Cup.

Enner Valencia’s double secured three points for the South Americans, with the veteran forward seeing an earlier effort disallowed for offside to deny him a hat-trick.

Valencia’s opener came from the penalty spot as he calmly rolled in the World Cup’s first goal, before adding a second with a fine header.

It was the first time that the World Cup’s opening goal had been a penalty.