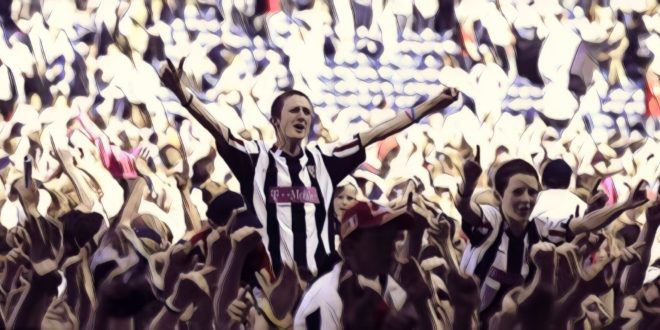 Harry Diamond 21/01/2020 Five of the Best, Opinion/Features Leave a comment

The Hornets in particular are enjoying the unlikeliest of revivals, winning four of their past five fixtures to move out of the drop zone, having begun the season in torrid style with no wins in their first 11 fixtures.

Whilst there is still a long way to go to secure safety, the club’s recent up-turns have had us looking back at some of the most memorable relegation escapes in the division has seen, here are five of the best ‘great escapes’ in Premier League history…

An ever-present in the Premier League, the Merseyside club came ever so close to losing that status in the early seasons of the rebranded top flight.

A tight battle at the bottom saw Everton in the drop zone and one point behind Sheffield United, Southampton and Ipswich heading into the final day of fixtures, with any of the sides potentially joining already relegated Swindon and an Oldham side three points adrift and needing a miracle to stay up.

The club’s final day fixture would start in nightmare style as Everton went two goals down to Wimbledon at Goodison Park, the club seemingly set for the drop despite being champions just seven years earlier.

It what would prove an improbable comeback the Toffees would fight back to win, Graham Stuart and Barry Horne bringing the club level before Stuart’s second snatched a dramatic, late victory.

No team bottom at Christmas had ever survived relegation, and with West Brom rooted to the foot of the division during the festivities, their hopes looked bleak.

Five points adrift of safety with just ten games remaining, Bryan Robson’s Baggies would give themselves a fighting chance of survival with a five-game unbeaten run over March and April, including consecutive victories over Charlton and Champions League chasing Everton.

For the first time in Premier League history the division would head to the final day fixtures with no team having already been relegated, and victory over Portsmouth would see West Brom survive in stunning style.

Kieran Richardson and Geoff Horsefield were the goalscorers during a memorable 2-0 victory at the Hawthorns, the Baggies leapfrogging Southampton to survive and spark mass celebrations.

The most controversial relegation battle in history?

West Ham would come back from the brink in some style, in large thanks to the heroics of an Argentine forward whose move to East London remains one of the most baffling transfers of the Premier League era.

The marquee signings of Carlos Tevez and Javier Mascherano had done little to help the club’s prospects during the opening half of the season, the Hammers rooted to the foot of the division and ten points adrift with just ten games remaining.

Whilst Mascherano would fail to succeed, Tevez would find his feet after a slow adaptation to life in English football and inspire West Ham to safety.

Their memorable run included seven wins from their final nine games, Tevez scoring the winner against champions Manchester United on the final day to ensure safety.

Sheffield United were relegated at West Ham’s expense, the Blades taking the London side to court over breaching third party ownership laws in signing the Argentine duo, eventually being rewarded £20 million in compensation but failing to preserve their top flight status.

Fulham’s would mount a late season charge courtesy of Roy’s revival, Hodgson replacing the struggling Lawrie Sanchez as manager in December with the club having won just twice for the season so far.

It would initially take time for the new manager to have an impact in west London, the Cottagers failing to secure another three points until they beat Aston Villa in February.

With ten games remaining the club were six points adrift, but a remarkable end of season run saw them survive by the skin of their teeth. Four wins in their final five fixtures, including three in succession to end the campaign saw Fulham survive, a Danny Murphy winner at Portsmouth on the final day sealing safety.

The late charge of Hodgson’s side saw them finish above Reading on goal difference, despite the Royals thrashing bottom club Derby 4-0 on the final day of fixtures.

Defeat at Tottenham in March would prove the catalyst for perhaps the greatest story in sporting history, however, as the Foxes won seven of their final nine games to ensure survival and eventually finish 14th.

Their struggles the previous season saw Leicester once again amongst the favourites for the drop the following year, though despite odds of 5000-1 at the start of the campaign the Foxes would produce one of the game’s greatest ever shocks, sensationally winning the title.

Their great escape paved the way for a run of momentum that would see them go from bottom of the league to champions in the space of 18 months, a sporting miracle that still seems hard to comprehend several years on.