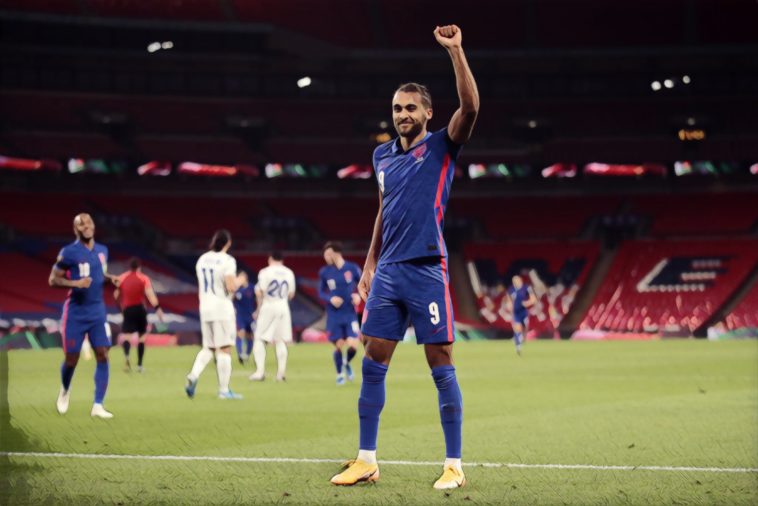 The funniest football tweets of the week, featuring the mystery of what Dominic Calvert-Lewin uses for shin pads, what biscuit best represents your football club, Pro Evolution Soccer, and the James siblings.

Ah, so that’s what he’s got in there.

For anyone wondering… this is what I use for my shinnys 👍🏽 pic.twitter.com/veDgHvwH6S

Speaking of biscuits, here’s the most scientific thing you’ll read all week.

CHELSEA – Maryland chocolate chip
Ushered in a new wave of biscuits to the UK. Popularised foreign-owned brands with their new flavours, & is probably to blame for Brexit. Objectively, they’re a nice tasting biscuit, & go pretty well with a brew. Morally though, you feel dirty.

We need Pro Evo graphics for everything, to be honest.

Not the most important thing happening in the world right now, but this bag of coffee has a Pro Evolution Soccer player profile graph. pic.twitter.com/PoE2cTmkQH

Back down to Earth: The worst ever Premier League title defences by points difference

England won 5-0 on Thursday but we all know the real winner.

FT: We may have lost, but two years ago our nation had 66 points more than England had in the Eurovision 2019, so now we’re even. #engSMR

Looking forward to the big day.

Cant wait to walk down the aisle 🤞 pic.twitter.com/4KOH09BHI4

Ray Parlour should be your compass in life.

The struggle is real.

The James Family is taking over.

Celebrate every goal like you’ve just won the World Cup.

Carlos Vinicius after putting one past his disabled uncle at the family BBQ pic.twitter.com/KA6yjQ4xCI

Kevin De Bruyne is a great footballer. Unless you’re from Wales. Then he’s a pest.

Ooh look at me I’m Kevin De Bruyne I can score good goals. Grow up. Pathetic.

No statistic could better show the disparity in quality between two teams.

Bayern Munich scored 116 goals in the time between Ireland scored their first and second goals under Stephen Kenny.

Five of the best Serie A strikers of the 90s

Stanley Matthews in the Accra Hearts of Oak jersey, from Ghana, for which he played at a few friendly matches during 1957. On the photo you can also see the goalkeeper Lamptey Mills and the club's physiotherapist pic.twitter.com/dCNuATJGoa

The National League have outdone themselves. Fining clubs up to £8k and suspended points deduction for failure to fulfil fixtures… in a season which has been declared null and void.

The league is run by the very, very worst of people in football. An utter shambles.

And sometimes it gets things right.

The Norwegian national team players taking a stand against the human rights breaches in Qatar, which was announced by Martin Ødegaard and Ståle Solbakken prior to the game.

"HUMAN RIGHTS – On and off the pitch" pic.twitter.com/DPZ6F8omfi

‘why does nobody watch women’s football’ idk lads maybe because you schedule an elite European quarterfinal for 11:30 ON A WEDNESDAY pic.twitter.com/kILhozfv3X

And lastly, a message from Fred.

Social media comments filled with hate and, above all, racism: we cannot feed that culture. We cannot aceppt it. We have to fight it always. We are bigger and better than that. Enough! pic.twitter.com/bR2ibDms6k