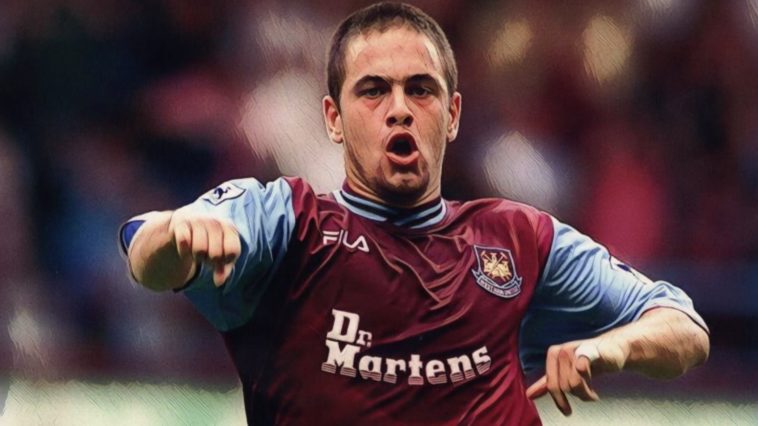 It’s admittedly a bit cheeky to include Joseph John Cole in our 90s Ballers series.

After all, he didn’t make his professional debut until January 1999 and scored his first professional goal just 30 days before we staggered drunkenly into the dawn of a new Millennium.

In between those landmarks the wonder-boy from Paddington was the absolute star of the famed West Ham academy that won the FA Youth Cup in comprehensive fashion, beating Coventry City 9-0 in the two-legged final.

Cole stole the show in those games, particularly so in the return tie at the Boleyn Ground. On the biggest stage of his life, with the spotlight glaring and hype weighing heavy on his shoulders, he didn’t play it safe and simply recite his lines: he improvised and conjured, taking teenage delight in flaunting his full array of rare talents, jinking and twisting; flicking and megging; slipping past opponents like an electric eel. At every turn, in every moment, he was a class apart.

In one of those moments, as evidenced by grainy footage, the much-coveted prodigy dinked the ball high over a Coventry midfielder’s head and then contorted his body to enact an extravagant rabona on the half-volley as it landed to nearly set up a team-mate. The rabona wasn’t necessary. It would have been much simpler to not do it. But that was the point.

Artists don’t always draw in straight lines or keep to a 4/4 beat and so often it’s in the flourishes where the magic can be found. And make no mistake about it, Joseph John Cole was a budding artist.

Yet he was also 17 when he performed the kind of party piece that in an ideal world would be compulsory to exhibit in a final. Granted, he was already venerated, with Manchester United reportedly bidding £10m and getting short shrift twelve months earlier. He was already tagged as ‘the next Gazza’. But Cole was a boy in 1999, not a man.

It was in the early 2000s when he emerged, brilliant and beguiling for the Hammers before joining Chelsea in 2003 for £6.6m where he became something of a cog in Jose Mourinho’s indomitable machine that hoovered up trophy after trophy. It was at the 2006 World Cup when he catapulted an audacious long-range volley into the Sweden net, its trajectory allowing sufficient time for observers to extend their expletive of choice by several vowels.

By every metric Joe Cole was a 21st century footballer, wasn’t he?

Maybe. But maybe it is fitting that we’re chancing our arm here by shoehorning him into this series. After all, isn’t that what the impish playmaker built his whole game on? Chancing his arm. Pulling the other one.

There’s the ball. You want it? It’s right there. Now it’s gone. I’m going this way. Fooled you, see you later.

It was football cheered up immeasurably by a wink; a cheeky wink from a lad who even now, as he approaches forty, looks like a mischievous character from Grange Hill who your little sister fancied.

There is another reason why his inclusion here is apt. For if Cole’s career was on the periphery of a decade it also throughout skirted around the edges of his full potential.

Now, that is not to say that the summation of his twenty years of joyous scheming, that amounted to 716 appearances and 104 goals, should be packaged as a cautionary, wasteful ‘if only’ tale – a ‘next Gazza’ only in the negative sense that breaks a tiny piece of your heart at the mention of his name.

In researching this article this sadly appears to be the overriding trope regarding Cole, a commonly held belief that English football didn’t have a clue what to do with him and so subsequently failed him. That his career is viewed as a missed opportunity for greatness.

Perhaps. Perhaps he was an extraordinarily gifted number 10 who came through in an era of 4-4-2 so was shunted out on the left. Perhaps Mourinho did scowl away his creativity, turning a playful soul robotic. Undoubtedly injuries deprived him of shining at Liverpool and before we knew it, this precocious wunderkind was knocking on a bit and twinkling away at Lille.

Wishing one of the biggest talents the Academy of Football has ever seen a very happy birthday today! 🎉

In hindsight, perhaps we should have forever given him the centre stage from which he thrived on as a teen, astounding his admirers at a Youth Cup final.

But like those who deem rabona through balls from the halfway line unnecessary it could be argued that we’re missing the point. For Cole was never the kind of player to consistently boss proceedings. He was never a player to control the tempo of games.

In reality, he was a ‘moments’ player who excelled in the margins. His was not a genius that could be sustained twice a week, every week, year after year. He instead gave us glimpses and plenty of them, too; enough to always be grateful to him, life-affirming as they were.

We should always remember that it’s often in the flourishes where the most meaningful magic is found.

See Also: 10 of the worst strikers West Ham have signed during the Sullivan and Gold era