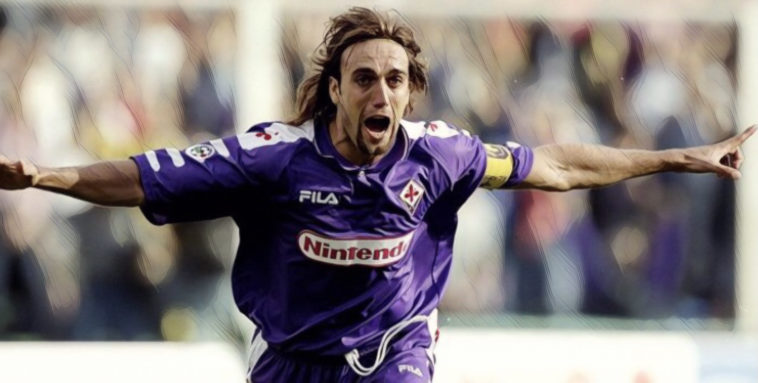 Italian football was the pinnacle of the world game in the nineties, with a collection of superstar signings ensuring Serie A had the most star-studded domestic league of all time.

There are few leagues that evoke such nostalgia as nineties Serie A, a time in which Italian sides broke the world transfer-record on six occasions and saw their sides reach six Champions League finals.

That figure was doubled in the UEFA Cup including three all-Italian finals during the 1990s, the wealth of talent ensuring a golden age in continental competition for Serie A sides.

We’ve decided to look back at some of the famous famous to have dominated the division at its peak, here are five of the best Serie A strikers from the 1990s:

Van Basten’s finest football arguably came towards the end of the previous decade, but as the nineties was ushered in the AC Milan forward was still the game’s greatest number nine.

Van Basten began the decade by helping Milan to the second of successive European Cup triumphs, scoring 24 goals in all competitions to finish as Serie A’s leading scorer in 1989/90.

After a disappointing season the following year he bounced back to spearhead a new era under the guidance of Fabio Capello, who led the Rossoneri to a historic unbeaten season to be crowned champions in 1991/92.

Van Basten’s 25 league goals saw him win the Capocannoniere award as the division’s leading scorer once again, whilst he was crowned as winner of the Ballon d’Or for a third time, alongside the FIFA World Player of the Year award.

That season also saw the forward become the first player in history to score four times in a Champions League fixture against IFK Göteborg, before a 20-goal season in 1992/93 proved his final as troublesome ankle injuries brought a premature end to his iconic career.

Van Basten retired aged just 28 as one of the greatest goalscorers and footballers of all time, the leading light of a legendary AC Milan side whose 58-game unbeaten run in the early nineties remains a record in Italian football.

Perhaps not the most glamorous footballer on this list but an integral part of the successes of Sampdoria and Juventus in the 90s, Vialli was a forward who left nothing in the tank as the tireless focal point of his side.

He began the decade with Sampdoria and helped the side to UEFA Cup Winners’ Cup success in 1990, before finishing as the league’s leading scorer as the club won a surprise Scudetto the following season.

Vialli remained a key part of the side that reached the European Cup final in 1992 and his talents attracted the attention of Juventus, who sealed his signing in a world-record £12.5m deal that summer.

Whilst far from a prolific goalscorer during a four season spell that delivered 53 goals in 143 appearances, Vialli’s leadership and will-to-win helped Juventus to a wealth of silverware, winning the UEFA Cup during his debut season before completing a domestic double in 1994/95.

His final season saw him captain the Bianconeri to Champions League glory, as Juventus beat holders Ajax on penalties in what was his final appearance before moving to Chelsea.

Batistuta arrived in European football at Fiorentina after bouncing round a succession of clubs in his early career, the famed purple jersey a perfect fit as a love affair ensued over the next decade in Florence.

Batistuta was a goalscorer supreme and hit the back of the net with unerring consistency, reaching double figures for league goals in every single season of the nineties.

His loyalty to La Viola remained even with relegation in 1993, scoring 21 goals in all competitions to fire the club to an instant promotion, before finishing as Serie A’s leading scorer upon the club’s return to the top tier.

The following season brought Coppa Italia success with ‘Gabigol’ finishing as the tournament’s top scorer, whilst he netted 20+ league goals in three consecutive league campaigns between 1998 and 2000 – taking his tally for Fiorentina to 207 in just 333 appearances.

Batistuta’s shooting ability was the stuff of legend as he rifled in goal after goal when given half an opportunity, a glorious goalscorer and iconic figure of nineties Serie A.

Arguably the greatest centre-forward the game has ever seen, Ronaldo Nazario ended the nineties as the best footballer on the planet.

O Fenômeno had enjoyed a meteoric rise that included prolific spells at Cruzeiro, PSV and a legendary season at Barcelona, a campaign which prompted Inter Milan to make the star the most expensive player in history in 1997.

Ronaldo’s move to the Nerazzurri saw him break the world transfer record for a second time before his 21st birthday, as the Italian side secured the signing of a player who struck fear into the division’s best defences.

Ronaldo was a whirlwind of explosive speed, footwork and incredible finishing, dismantling defences singlehandedly as he rampaged through improbable gaps before firing home.

His first season with Inter saw him score 34 goals in all competitions to fire the club to UEFA Cup success, becoming the youngest ever winner of the Ballon d’Or and earning a second FIFA World Player of the Year accolade.

The Brazilian scored 15 the following season as the first of his injury problems surfaced and a succession of knee injuries restricted his impact for Inter following the turn of the millennium.

Ronaldo’s time with Inter at full fitness was brief but brilliant, an impossibly complete centre-forward who was near unstoppable when at his best.

Some players just live and breath scoring goals and Filippo Inzaghi most certainly fits into that category.

A man who would trample over a litter of puppies just to score that scruffy one-yard tap-in, before celebrating wildly in signature fashion, arms outstretched and eyes wide in delight.

Inzaghi was the archetypal penalty-box poacher and enjoyed the best seasons of his career in the nineties, scoring 20+ goals in all competitions for consecutive campaigns between 1997 and 2000.

After honing his talents in the lower tiers he burst onto the scene at Atalanta, scoring 24 league goals to finish as the division’s top scorer and win Serie A’s Young Footballer of the Year award.

Those performance earned a move to Juventus and the forward enjoyed a prolific spell with the Bianconeri, where he scored 89 goals in just 165 appearances and won the Scudetto in his debut season.

Inzaghi’s greatest success came following the turn of the millennium and a move to AC Milan, winning two Champions League trophies and two league titles during a decade with the Rossoneri.

His goalscoring peak, however, came in the nineties as the intelligent movement and clinical finishing of Pippo outfoxed even the best defenders of his era.