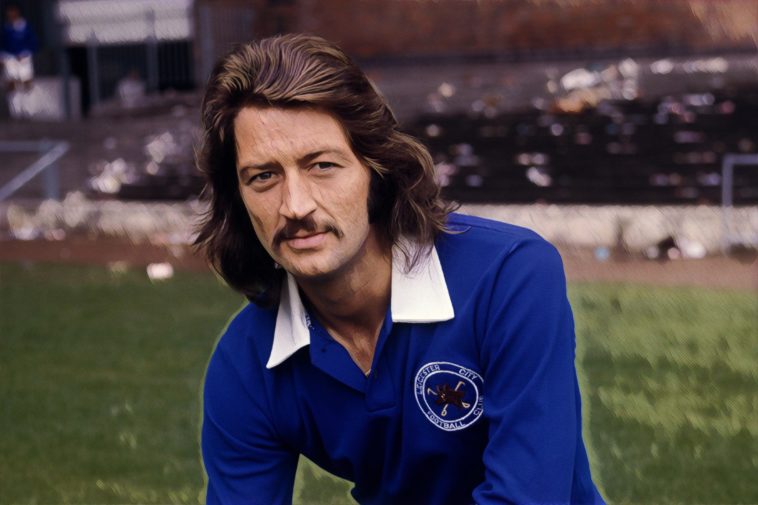 Last Tuesday, a footballing Elvis left the building. As we mourn the sad passing of Frank Worthington we mourn too the beautiful game’s last age of individuality.

There are many who would take umbrage with the latter part of that statement. They would point to the meagre eight England caps bequeathed on Worthington, a player of rare ingenuity who performed best when relying on off-the-cuff moments of inspiration rather than adhering to tactical instruction.

They would damn the austere authority of Sir Alf Ramsey, Don Revie, and Ron Greenwood for wasting a generation of virtuoso craftsmen from Charlie George to Alan Hudson; from Stan Bowles to Rodney Marsh; from Peter Osgood to Tony Currie.

They would highlight the startling fact that these naturally gifted maestros, along with Worthington, made fewer appearances on the international stage combined than Theo Walcott. They would then follow that up with a valid claim that the buttoned-up, conservative England of the nineteen-seventies had an inherent distrust of rock ‘n’ roll footballers.

These people, of which there are many, would claim there was never an age of individuality at all.

Seriously, who cares if England didn’t reach a major tournament between 1970 and 1980? It was a lifetime ago, let’s move on. Who cares that we were denied the opportunity to impress our cousins on the continent with a forward line consisting of mischievous magicians?

Sure it sucked for the players in question that their immense ability was never properly acknowledged at the highest level but frankly their free-will and love for a pint – as well as some fun with the barmaid who served it – was always going to cost them dear in this regard.

So of course a starchy figure such as Sir Alf isn’t going to take kindly to Marsh’s ad-lib when informed he was getting pulled off at half-time. “Blimey Alf, at Manchester City all we get is an orange and a cup of tea”.

Of course, the same arch-disciplinarian is going to recoil in horror at the sight of Frank Worthington turning up for an under-23 trip wearing cowboy boots, a red silk shirt and a lime velvet jacket. Of course they were never going to fit in. Outlaws, even legendary, brilliant outlaws, reside in the margins. How odd if they were accepted into the Sheriff’s posse.

But in club football they took centre stage. In club football they thrived, flourished, and entertained. They graced the muddy fields and lit up the dark autumn afternoons, and for ninety minutes made us forget about a dispiriting working week and they were truly adored for it, elevated as people’s champions.

Our fathers and grandfathers would go and watch their team and rub their hands with glee because Peter Osgood was heading up from London for the visitors that day. Or Frankie Worthington, Keith Weller and that exuberant Leicester outfit – that won precisely nothing yet were successful in so many more meaningful ways – were coming to town. And anything could happen. They might see a worldie. Or a flick that made a terrace’s heart soar as one.

These mavericks should never be thought of as wasted and their names should never be followed by a tut and a heavy sigh. They should only be celebrated. Rejoiced. They brought ballet with a ball to the working man.

Furthermore, their mandate to entertain extended beyond the pitch for it could be said that Frank Worthington’s entire life was an after-dinner routine writ large.

There was his failed medical at Liverpool, where the Reds were so certain of securing the Huddersfield forward they released a photo of him holding aloft his new shirt until high blood pressure was detected. Bill Shankly, as canny as ever, suggested that Frank go lie on a beach somewhere for a week and relax before another reading could be taken and so Worthington duly headed to Mallorca, bucket and spade in hand.

On his return club officials were confounded to discover his blood pressure was higher than ever but perhaps that’s little surprise in hindsight given how he spent those seven days. After sleeping with a girl he met at the airport Frank then bedded two Swedish fans before successfully seducing the reigning Miss Great Britain. He drank copiously throughout.

There was his love for Elvis Presley, too. No, that doesn’t quite cover it: his all-consuming obsession with the King that once led to him falling out with a manager when his music was stopped on a team coach. Frank’s admiration for the singer and how it transferred to his football is too delicious to ignore, because if Hudson and Bowles brought ballet to the masses the Halifax-born striker was a crooner. His frame was lean, his style was languid, and always there was a touch of flamboyance. It’s all there.

Then there was his autobiography entitled One Hump Or Two, complete with the player holding a cuppa on the cover smiling broadly. When he was once asked by Shoot magazine what his hobby was he replied “birdwatching” and presumably most of the publication’s young readership took the answer literally, imagining Frank in a hide, binoculars out, spying gold crests and red kites.

Yet if all these anecdotes and glimpses into a life well lived prompt a chuckle his football was seriously good. It was free of burden and a joy to behold, but still seriously good.

Since the awful news hit last week much has been made – and rightly so – of Frank’s extraordinary goal for Bolton against Ipswich, a goal that highlights every element of his heightened talent. With his back to goal he juggles the ball several times with his head and foot before knocking it over and behind him, spinning in a single movement to volley it clinically into the bottom corner. The defence move up and out; hoodwinked and stupefied. The referee stood and applauded.

It’s a great goal; a life-affirming, improvised conjuring act that tingles skin and widens the eyes, but here’s the twist: so often has it been replayed because cameras were rarely at grounds back in the day. Back in the day such moments of magic were commonplace from this magnificent, moustachioed legend.

So long Frank. It’s sad that your gifts were never fully recompensed by international recognition but across the country, from Ayresome Park to Valley Parade; for 19 clubs across a 25-year career, a million and more saw poetry in motion and appreciated every velvet touch and effortless turn.

And if there is one slight shard of a positive from your passing it’s that a whole new generation can see the clips and acknowledge the greatness. And marvel for the first time at the sheer wonder of you.