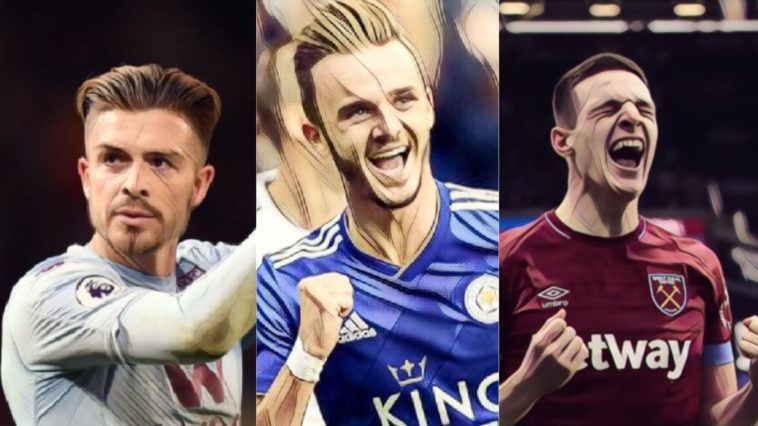 It’s the middle of January, so you know what that means: endless amounts of transfer rumours involving a certain Premier League club.

Manchester United are constantly being linked with players from other clubs, it’s like a cottage industry in and of its own. Everyday there seems to be another footballer who has caught the eye of the club, ready to be snapped up for a mega fee.

Just check the media each morning and it’s the same thing every time: “Man United have expressed interest in/remain hopeful of/are considering/weighing up a deal/leading the race signing X player”.

Are the rumours legit? Can we trust them? Are United actually interested in any of the players we see them linked to? Who the hell knows anymore. But let’s just imagine for a second that they signed a whole new team tomorrow, replacing their current starting XI with footballers they’re supposedly interest in, how would the team look? We’ve scraped a few together here.

Man United are not short on goalkeepers, with David De Gea, Sergio Romero and Sheffield United loanee Dean Henderson all on the books, but the club were nonetheless reportedly scouting out Dinamo Zagreb goalkeeper Dominik Livakovic last year.

Probably the weakest rumour of the lot, Luke Matheson was briefly linked with a move after impressing against Man United in the League Cup for Rochdale, although the side already has a very capable right-back in the form of Aaron Wan-Bissaka. The full-back scored the equaliser at Old Trafford just days before his 17th birthday, sending the game to penalties.

The youngest players to feature in the Premier League this season

One of the most sought-after defenders in Europe, Kalidou Koulibaly has been on Man United’s radar since 2018. The Red Devils supposedly had a world record bid rejected last year, but behind-the-scenes instability at Napoli has potentially opened up an opportunity for Ole Gunnar Solskjaer to swoop in and get their man.

The Brighton centre-back has impressed out on loan with Leeds United, proving himself to be one of the best defenders in the Championship this season. Ben White has also courted the interest of Chelsea, Liverpool and Spurs, according to Sky Sports, so if he’s not at United in the near future then he will probably be in the Premier League one way or the other.

Analysing the positions each top six club should strengthen in January

Young and British is the roadmap guiding Solskjaer when it comes to recruitment, and Ben Chilwell certainly fits that description. The English left-back has impressed for Leicester City this season, accumulating a goal and three assists. Recent reports suggests Chilwell is close to signing for Chelsea, however.

Perhaps the most realistic of the lot to actually happen this month, Bruno Fernandes has been linked with a move to the Premier League for a long while now. The Sporting Club midfielder, who has 15 goal involvements in 15 league appearances this season, has also been linked with Tottenham Hotspur.

The former Irish international impressed for West Ham United after switching position from centre-back to a holding midfielder last season, but his performances of late have not been as good. Proposed as a solution to United’s midfield woes, Declan Rice would cost a bomb, with figures ranging anywhere from £50m to £80m being reported as a potential transfer fee.

‘Jadon Sancho to Man United’ is one of the most persistent transfer rumours of recent times, so much so that it would be incredible if he didn’t actually move to Old Trafford. That could well happen; the Borussia Dortmund winger has also been linked with a move to Chelsea, Liverpool, PSG and Real Madrid in the past year. A January transfer seems unlikely, however.

Six of the best players to switch international allegiance

A player who has been heavily linked with Man United of late, Jack Grealish began his career on the left wing for Aston Villa, but he has shone in a number ten role under Dean Smith. The 24-year-old would offer bundles of creativity for a team lacking in it.

Super Jack at his best. 🤩@JackGrealish1's stunner at Old Trafford is our Goal of the Month for December! 🔥#AVFC #PL pic.twitter.com/bJucli8r6o

A move that feels destined to happen, but only on Leicester City’s terms. With several of their players linked with moves to bigger clubs, the Foxes have mastered the art of the deal, getting the maximum out of their sales without having their hand forced in negotiations.

It was reported in recent months that James Maddison was close to signing a new contract, while Brendan Rodgers has stated the midfielder is not for sale. Meanwhile, United reportedly offered Leicester £45m and Jesse Lingard in part exchange.

The Wolves striker, who has been an excellent signing for the Midlands outfit since moving last year, was linked with a move to United this month, although Solskjaer appeared to suggest this was just a rumour and nothing more.

Read: The best starts to a league campaign in Europe’s top five leagues