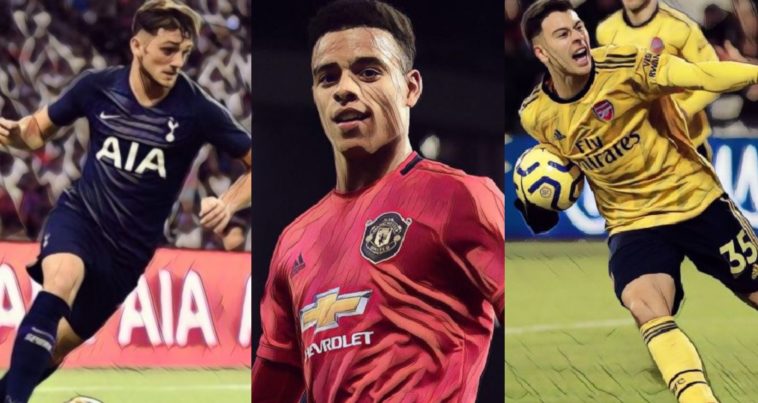 A number of prospective talents have made a big impression in the Premier League this season, these are the youngest to get their chance in the top flight so far.

Arsenal fans haven’t been this excited about a young player making the breakthrough since Jack Wilshere came onto the scene a decade ago.

Gabriel Martinelli only turns 19 this summer, but he has already made an impact since arriving from Brazil last year. He scored a brace on his full debut in the League Cup against Championship side Nottingham Forest, before grabbing another two goals in his second start against Standard Liege in the Europa League.

It’s been a remarkable start to life in north London for the attacker, who can play anywhere along the forward line, contributing eight goals and three assists in all competitions. With Pierre-Emerick Aubameyang suspended for the next three matches, expect Martinelli to get more opportunities to play in the next few weeks.

While Martinelli has been receiving a lot of plaudits, Bukayo Saka’s contribution to Arsenal’s season has gone somewhat under the radar.

The 18-year-old Englishman has featured in 18 matches across all competitions for the Gunners, contributing two goals and assists along the way.

But most impressively, as the team’s options in defence have dwindled due to injury, he has filled in at left-back when needed. This means he has played in every position along the left touchline.

It’s not his natural position and he’s a lot more comfortable attacking the opposition full-back, but Saka is part of a young Arsenal contingent coming through the ranks that could make up a huge element of the club’s future.

Arguably the most impressive teenager in European football this season whose name isn’t Jadon Sancho, Mason Greenwood has burst onto the scene with Manchester United by providing nine goals and two assists in all competitions.

The 17-year-old striker looks like a natural finisher and loves having a pop from the edge of the 18-yard box. Ole Gunnar Solskjaer is clearly a fan, handing the youngster 17 league appearances, two of which were starts, while he has also featured heavily in the domestic cups and Europa League.

When Roy Hodgson gave Aaron Wan-Bissaka his opportunity in 2018, it had been six years since Crystal Palace last had an academy graduate play for the senior team in the league. The Eagles manager waited considerably less time before giving the next one a shot.

Brandon Pierrick has only played seven minutes in the Premier League for the south London outfit, but he has already impressed. The midfielder was involved in the buildup to Connor Wickham’s winning goal against Norwich City on New Year’s Day, which convinced Hodgson to give the 17-year-old his first senior start in the FA Cup defeat to Derby County four days later.

A player who has been tipped for great things for a while now, Troy Parrott is the second youngest footballer to feature in the Premier League this season. He made his top flight debut for Tottenham Hotspur in the 5-0 win over Burnley, coming on as a substitute for Dele Alli.

Jose Mourinho made a kind gesture after that game by giving Parrott the match ball, but the Portuguese manager has seemingly forgotten about him already. With Harry Kane injured, it was assumed the 17-year-old would get more opportunities, but instead Mourinho has stated he actually has no other strikers. The youngster didn’t even make the matchday squad for Spurs’ FA Cup third round replay with Middlesbrough, a mid-table Championship side.

Born in early 2002, the Irish striker is far too young to even remember the last time his national side qualified for the Fifa World Cup, but he has put in some stellar performances for the Ireland U21s and it is hoped he can be the country’s attacking force for the foreseeable future.

Sought by both Real Madrid and PSG last summer, Harvey Elliott decided to leave the Cottagers for Liverpool, a move which could see the Reds pay up to £7m in compensation to the Championship club.

That already looks like it would be money well spent, as Elliott has impressed in his three EFL Cup appearances this season, scoring three goals, as well as scoring in the FA Cup win over Everton this month. Those showings earned him a brief cameo in the recent 2-0 win over Sheffield United, and he’s still only 16 years of age.

Read: How young is too young? The potential risks of thrusting teenagers into senior football