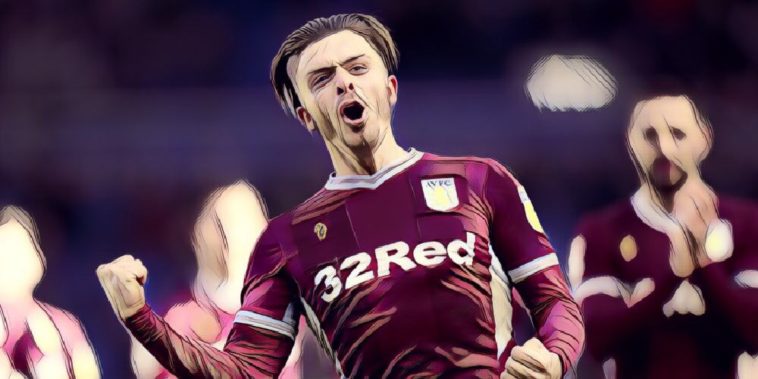 Gabriel Agbonlahor has backed Jack Grealish for a move to one of the Premier League’s leading clubs, believing the Aston Villa captain would ‘walk into’ the squads at Manchester United, Arsenal and Tottenham.

Grealish has attracted interest in recent months following his starring role in Aston Villa‘s return to the top flight, the midfielder having scored eight goals and provided a further five assists in all competitions for Dean Smith’s side this season.

Manchester United have been most strongly linked with a move for the midfielder, while his performances have also prompted talk of an England call up, and while Agbonlahor believes the 24-year-old possesses the talent to thrive at the highest level, he also believes Grealish will choose to stay at his boyhood club should they avoid relegation.

“It’s a tough one but Villa’s owners have come out and said they want to keep spending,” Agbonlahor told Stadium Astro.

“This season, they’ve got a squad together, lost a lot of players in the summer – stay up, that’s the only goal, then they’ll go again in the summer.

Then vs Now #TBT pic.twitter.com/gh4lgsAOwr

“If they go out and spend, he’s getting better players around him. I know him, he won’t want to leave. He’s the captain.”

Agbonlahor added that he feels Grealish would be ideally suited to the likes of Manchester United and Tottenham, the playmaker able to provide the creativity that has been lacking in both sides this season.

“Man Utd, Villa might say, ‘You know what, it’s going to cost you £70m.’ I think Man Utd pay it,” the former Villa striker said. “He’d walk into that side, they’re missing that creativity.

“I just think he could fit into those teams. But I don’t think he wants to leave Villa. Villa are a massive club, big history, if they can get the right players in the summer, he’s the captain, the team will be built around him. There’s some times you don’t want to leave.

“I think he walks into that United side, you’ve seen the troubles with [Jesse] Lingard, [Juan] Mata. But I just think Villa aren’t going to want to sell him no matter what.”