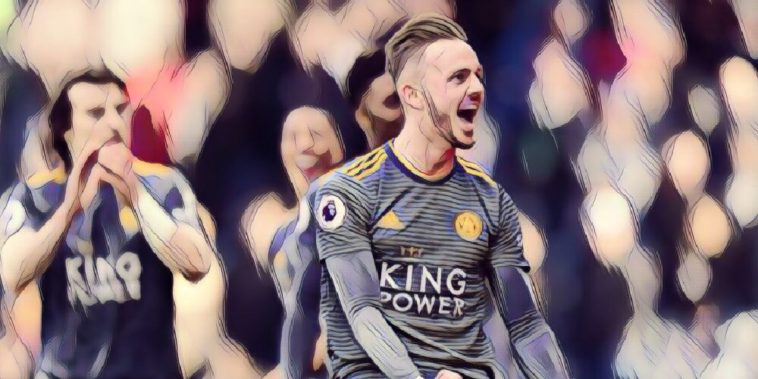 Manchester United’s hopes of signing James Maddison may have taken a blow with the midfielder said to be ‘considering’ signing a new contract at Leicester.

Ole Gunnar Solskjaer has been a long-term admirer of the playmaker and has apparently earmarked Maddison as a potential signing, with the club looking to add creativity to their midfield options.

Maddison has starred during Leicester‘s impressive start to the new season, the 22-year-old having established himself as an influential figure in Brendan Rodgers’ side who currently sit second in the Premier League.

The 22-year-old’s performances have since been rewarded with international recognition, Maddison earning his first senior cap for England during the 7-0 thrashing of Montenegro at Wembley last week.

Manchester United were said to be optimistic over their chances of persuading Maddison to move to the club, the former Norwich star a boyhood fan of the club and maintaining a close relationship with Harry Maguire who made the move from the King Power Stadium last summer.

However, according to the Manchester Evening News, the England international is strongly considering re-signing with Leicester despite already being contracted until 2023.

A deal is not believed to be close, but Leicester’s impressive form and emerging young talent could persuade Maddison to extend his stay in the East Midlands despite United’s interest.

Boost for Manchester United as three players return to training