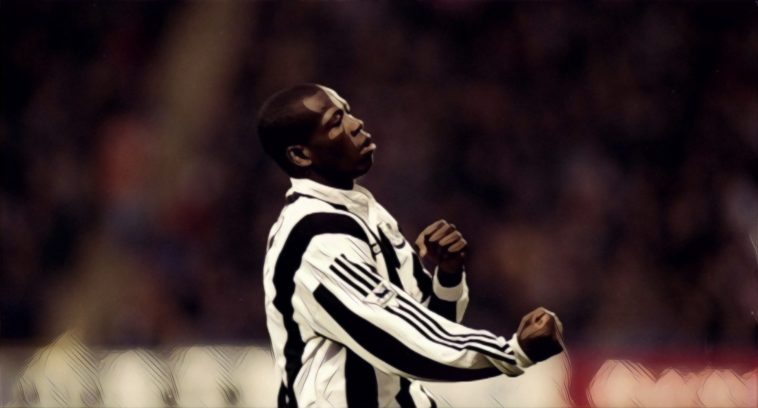 The scene of Faustino Asprilla’s arrival to English football is iconic stuff.

Having stepped off the plane in the North East in the middle of a snowstorm in February 1996, the Colombian sported a grey fur coat to keep himself warm. For a league that had its fair share of characters, this guy immediately stood out among the pack.

Asprilla had already earned a reputation for himself as both a terrific footballer on the pitch and a bit of a maverick off of it in Italy. He was well known to football fans in the UK at this point, thanks to Gazzetta Football Italia, the massively popular Channel 4 programme that aired Serie A highlights on Saturday mornings in the nineties.

The mercurial attacker had also played a key role in Parma’s European successes during this period, winning the Cup Winners’ Cup in 1993 and the Uefa Cup in 1995. They reached another Cup Winners’ Cup final in the intermittent season, although he missed the decider against Arsenal in suitably bizarre circumstances.

While visiting his mother back in his home country, he was cut off by a bus while driving and he inexplicably kicked the vehicle, injuring his foot in the process. He was subsequently ruled out for four weeks of action.

Although they were aware of his immense talent and uncanny ability to surprise crowds and opposition alike, the supporters had no inkling of what to expect of this character in terms of his off-field activities – and by the sounds of it neither did his prospective employers.

Newcastle United were keen to bring Asprilla to St James’ Park to bolster their challenge for the Premier League title, until they weren’t. The move was held up after the club cited “big problems” with the player’s knee, even though he rarely had physical issues while in Italy. Paddy Agnew, Italian football correspondent for The Irish Times at the time, wrote this about the saga:

“Asprilla has earned himself a reputation for being an eccentric on and off the field. His various off the field problems, in particular, have attracted much media attention.

“All of the above has been much publicised, at least in Italy and in Asprilla’s native Colombia. Perhaps, the colourful side of Asprilla was less well known in Newcastle. Perhaps, it was only when the British tabloid press raked over these “old coals”, that people in and around Newcastle began to wonder.”

Perhaps Newcastle were just haggling over the price, but he moved nonetheless – and the fans weren’t exactly minded to care about the real reasons behind the hold-up; they just wanted to see their new superstar in full flow. When he signed on the dotted line, the Magpies were on a roll, having won four successive league matches, a run they extended on his debut.

Asprilla wasn’t even expecting to play a part in the grudge match against Middlesbrough, choosing to enjoy a glass of wine on the team bus on the way to the Riverside Stadium. To his surprise, Kevin Keegan sprung him from the bench as a 67th minute substitute, despite the fact he had only flown into England that morning. In typical fashion, he ran rings around the Boro defence, setting up a Steve Watson goal and instantly establishing himself as the best player on the pitch.

He’d taken a flight from Italy in the morning, had a glass of wine on the team bus (not expecting to play), then came on as sub to set up a win at the Riverside.

The excitement among the Newcastle faithful was palpable; they led the table by six points with a game in hand and now they had an ace up their sleeve. It should have imbued them with the impetus to go and claim the title for themselves, but instead they picked up just one win from the next six fixtures. By matchday 31 Manchester United supplanted them as table toppers and didn’t relinquish first place thereafter, riding the wave of momentum on their way to a third league triumph in four years.

Unsurprisingly, given the time of his arrival at the club, Asprilla was blamed for the team’s disintegration in those final few months of the campaign, a narrative that has refused to go away. It is a rather simplistic and reductive explanation for Newcastle’s slide, one that has no truck with Keegan’s assistant during those years, Terry McDermott.

“I know when some people try to dissect the reasons why we didn’t win the league,” the former Liverpool midfielder wrote in his autobiography in 2017, “they will point to the signing of Tino Asprilla, and to some extent that of David Batty, in February, 1996.

“One hundred per cent, Asprilla didn’t cost us the league title and it was the same with Batty. Some people were saying he wasn’t the type of player we needed. Without a shadow of a doubt they were our best two players at the time,” he asserts, offering up the side’s lack of title-winning experience as a key contributor to their inability to get over the line.

It was unfair to lay the blame at Asprilla’s feet when he possessed the ability to win games on his own – if he felt like it. There is a sense that he would coast through matches against weaker opposition, reflecting his laid-back nature, but would then turn it on for the big games.

There is no arguing with his performances in the marquee matches. He caused havoc for the eventual champions that season in an encounter that effectively won the title for Man United, undeservedly losing 1-0 thanks to an inspired Peter Schmeichel who kept the Colombian at bay. Then there was that match against Liverpool at Anfield, in which he seemed to be on a different planet altogether. Another defeat, but it was one of those games that could have ended any score.

Not all of his best appearances ended in disappointment. The next season he put in possibly the greatest individual performance the club has ever witnessed on the European stage, scoring a hat-trick against Barcelona in a famous 3-2 win in the Champions League, ensuring he will forever be remembered fondly on Tyneside.

Asprilla, who was one of the first south American players to come out in support of LGBT community, has had a penchant for making headlines for non-footballing reasons over the years. Whether it concerns shooting off his beloved machine guns, suffering the misfortune of his cows being stolen off his farm, convincing a hitman not to kill legendary Paraguay goalkeeper Jose Luis Chilavert, or promoting guava-flavoured condoms, he has a knack of solidifying his reputation as one of the sport’s most fascinating and relentlessly compelling figures.

Only someone who plays the way he did could possess the personality that he does. There’s only one Tino.