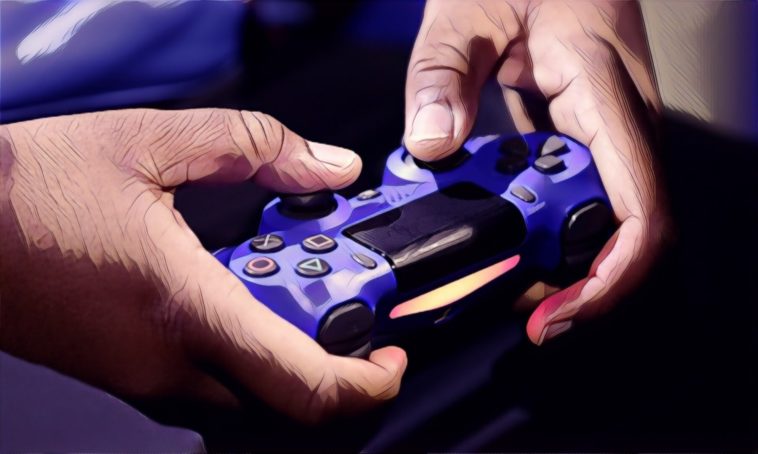 Twenty years this month after the release of the PlayStation 2, we reminisce on some of the most random football titles to ever find their way to a games console.

It’s hard to believe it’s been two whole decades since the PS2 came onto the scene, changing the landscape of gaming forever. Improved graphics, better gameplay and, most importantly, you could play DVDs on it! What a time to be alive.

Its release is further away from today than the ground-breaking Nintendo Entertainment System in 1983 was from the year 2000, and since then Sony have brought out two more PlayStations – with another on the way.

To this day it is the best selling games console of all-time, so in honour of this momentous anniversary, instead of gushing about FIFA or PES like everyone else, we have dredged up some football video games from all platforms during that period that you probably forgot all about.

The most random football video games ever:

If you were to combine professional wrestling and football, you would probably get Sega Soccer Slam. Aside from needing to put the ball into the net in order to win, the normal rules of the sport do not apply; you can literally punch an opponent to win the ball back, while offside is absolutely not relevant here.

Players can use all manner of impractical tricks and flicks to avoid getting smashed by opponents and can turbo charge their way down the field. The team names are bombastic in a very American way: Tsunami, Volta, Toxic, Subzero, Spirit (there are only five teams), while the footballers-cum-gladiators are extremely cartoonish. One bears a striking resemblance to Hulk Hogan.

Although very silly in nature, it is actually a fun game and deserves respect in the pantheon of long forgotten football video games.

Over the years LEGO has released a boatload of random video games bearing their brand name in order to capitalise on the phenomenal popularity of the little brick they sold in massive quantities. There were titles such as Legoland, Lego Chess, Lego Creators, Bionicle and, my personal favourite, Lego Racers, among many, many others.

It was inevitable that they would turn to the most popular sport in the world, so in 2002 they released Football Mania for the Playstation 2, Gameboy Advance and PC. You could play exhibition matches, with teams such as the Space Technicians and Pirate Skeletons, or dive straight into the story mode and play matches on a variety of fictional planets.

Like Sega Soccer Slam, it was brim full of silliness with the gameplay featuring a raft of gimmicks within a match, including rockets that direct the ball into the goal, bubble shields that protect the player from losing the ball, and spells that cause the opposition to be momentarily dazed with concussion – the modern game’s too soft and wouldn’t allow that with their modern day head injury protocol, of course.

Nowadays LEGO generally sticks to licensing products with big brand names, attaching themselves to the likes of DC, Marvel, Harry Potter and so forth.

Released in May 2002 just in time for the World Cup in Japan and South Korea, Sven Goran Eriksson’s World Challenge (they presumably didn’t have the copyright to use ‘World Cup’) was produced by 3DO and developed by ANCO Software to take advantage of the hype surrounding England’s involvement in that summer’s tournament.

What better way to do that than to use the popularity of the team’s Swedish-born manager! I mean, why would you possibly use the names of any number of highly marketable Premier League stars who played for the Three Lions at that time? 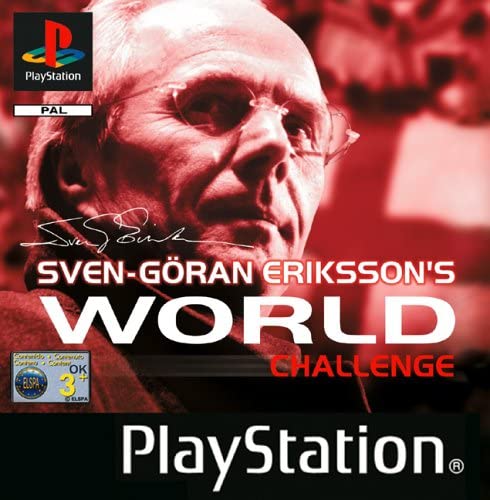 To be fair, Sven was a well recognised figure around then, and was even in the picture to take over the Manchester United job before Alex Ferguson did a U-turn on his retirement in 2001. The game’s main problem was that it was complete shit. One review at the time read “They should take it off the shelves”, while another neatly summed their opinion in the opening line: “Absolutely shocking. Just don’t do it. For your own sake.”

Again, it’s not unusual for sports video games to have endorsements from specific players in the relevant sport, but managers? I don’t get it. For one, gamers are buying the game for the players they are, you know, going to be playing as, not the guy on the touchline. Secondly, the players are the most famous contributors to the sport, so they should be at the forefront of any venture such as this.

It should take a really exceptional case for a gaming company to consider getting an endorsement from a manager. Which makes it all the more confusing that Ubisoft plumped for David O’Leary. Okay, the Irishman was doing a pretty good job at Leeds United at the time, but really? David O’Leary?! He doesn’t even feature in the game itself.

So Total Soccer for the Gameboy Color definitely wins the prize for the lamest endorsement ever, but it’s also pretty bad as a gaming experience. The gameplay is drearily slow and it’s all too easy to score – you can simply dribble your way to goal, eliminating the need to shoot.

The publishers learned their lesson for the next instalment on Gameboy Advance, sticking Liverpool legend Steven Gerrard’s name on the cover instead for a slightly improved version of the game.

Read: Tino Asprilla could win a game on his own – if he was bothered