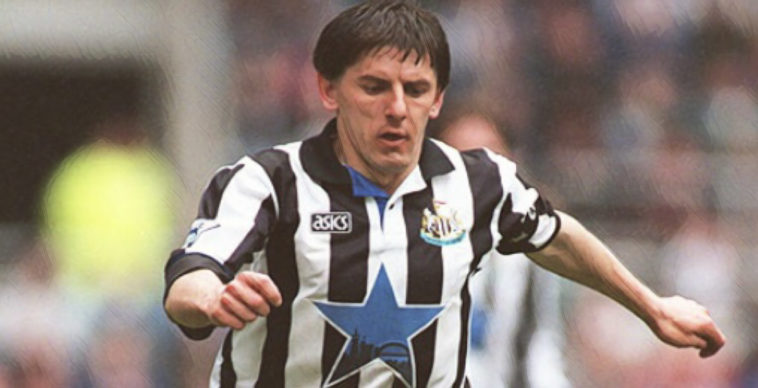 There was a kid in primary school who you could never get the ball off during break-time.

This mini-Messi was never what we used to call a ‘hogger’ nor was he a show-boater. Indeed, his entire M.O. was to lure opponents over to him, wriggle his way out using bewitching skill, then pass to a teammate who was free on goal. I don’t ever recall him taking a shot on himself.

But as impressive as his ball skills were – and it truly felt like a rare gift back then, though in hindsight, there was probably a kid just like him on every playground across the country – it also infuriated me. It infuriated me because eventually, I got him sussed and figured out every trick in his arsenal.

I realized that when the ball wasn’t glued to his school shoe it was a trap, designed to have you dangle out a leg so he could sweep the ball away and leave you off-balance. I registered that when his body was positioned to go one way he would absolutely, always go the other.

So I would tell myself ahead of every morning break: don’t fall for it; hold back and stand your ground but alas these whispered pep-talks were utterly futile. There was the ball supposedly rolling free and my brain would be screaming at the rest of me not to be a sucker but my leg would act independently, instincts over-riding thought. It would extend and kick fresh air.

Peter Beardsley used to perform similar close-up magic; alchemy that was all-the-more remarkable because it was the same tricks duping the stooge each and every time and what’s more the magician would essentially reveal what he planned to do before he did it, only he didn’t stupefy ten-year-old idiots like me but top-flight defenders, and world class centre-halves when exhibiting his conjury on the international stage.

Time and again he would cock his leg out at an odd angle, as if to chop down on the ball and embark on a foot-race to the touchline, and his opponent would set off in anticipation only to then twist in awkward reconfiguration as Beardsley cut inside. The next thing anyone knew, stooped and purposeful, he was firing in a low angled cross for John Aldridge to poke home at the Kop end, or serving up a chance on a platter for Gary Lineker to progress England in a World Cup.

Throughout much of the Eighties and most of the Nineties the Hexham wizard was a baller, the likes of which England didn’t place much trust in during a bleak period that saw direct fare prioritized. The coaching manuals back then stated – well, they didn’t but they may as well have – that anyone could dribble: that was for kids using jumpers for goalposts and show-offs with arrested development. Of far more use was the ability to lump it accurately forty yards onto a big forward’s forehead.

If the mood ever took him, Beardsley could easily pick out a single follicle on a front-man’s mullet from such a range so sumptuous was his touch and vision but instead, he largely stuck to his guns and dribbled.

As he evolved at Wallsend Boys Club and prospered in the brutal environment of the lower leagues with Carlisle this impish talent shimmied and twinkled and tormented, and at some point the coaches either let him get on with it or, more likely, acknowledged that here was a genuine, unorthodox genius.

It was a genius appreciated up at Newcastle during that amazing era that had Kevin Keegan installed as superstar supreme upfront with Beardsley and Waddle carving out moments around him, all the while a young Paul Gascoigne soared through the ranks.

How pure and wonderful it must have been to be a Gallowgate regular back then, surrounded by stenches and buffeted here and there by limbs, watching that quartet?

Then came a British record switch to Liverpool where Beardsley quickly became one of the crown jewels in a magisterial side that elevated domestic football to a whole new level. Seeing that side, studded with Barnes and Houghton was a treat, even as a neutral: no, it was a privilege, and not for nothing did Beardsley get selected three years running in the PFA team of the Year.

He was a Messi-lite at Anfield: a phenomenal, ever-crafty and fluid virtuoso who took street football and turned it into high-art.

Yet this is not being written today for those times, nor the fact that Beardsley – like Kanchelskis too – makes for a great quiz question because he played for all four Manchester and Merseyside clubs.

At the age of 32 with his powers apparently waning, Beardsley returned to the north-east to reunite with Keegan – now manager of course – to add some attacking nous and top-flight experience to a team that had come up as champions.

He would go on to captain that tremendous and memorable collective who brushed so close to titles and the edge of heaven; a team whose players roll off the tongue, each eliciting a broad smile. Asprilla. Ginola. Sir Les up top.

Beardsley was instrumental in all those adventures. St James’ Park was his playground.

Yet perhaps it is his first season back that stands out. Certainly, the player himself has credited it as his finest from a vintage career. As Newcastle unexpectedly stormed to the Premier League summit – ultimately finishing third – Beardsley and Andy Cole synched up beautifully, scoring a staggering 65 goals between them across all comps.

Naturally so many of the latter’s strikes were served up on a platter by a close-up magician whose M.O. was to dribble and create, create and dribble.

Make no mistake about it, Peter Beardsley was a baller for much of the Eighties and most of the Nineties, but sadly more recent times have revealed him – via an investigation by a FA independent panel – to be a racist too.

In 2019 the former forward was barred from football for 32 weeks after being found guilty of racially abusing young players in his role as coach of the Newcastle Under-23 squad and this raises an uncomfortable discussion regarding how his footballing legacy should be estimated. Does his reprehensible behaviour blemish his genius? Make it less so?

Certainly, his character should now be reassessed and perhaps we were all naïve in believing that his self-effacing demeanour that shone through in interviews and adverts; that was the antithesis of an egotistical footballer, automatically made him a ‘good guy’.

Yet does that negatively impact on his ability as a player and more meaningfully, his achievements? I’m not so sure. While not condoning one iota Beardsleys actions – and while acknowledging that he is no longer a hero to me or to many others – those memories of his darting runs, with and without the ball; those searching passes and quick give-and-gos; the instances of a rare imagination tallying with a talent substantial enough to make them manifest: they’re all still present.

And they remain undiminished.