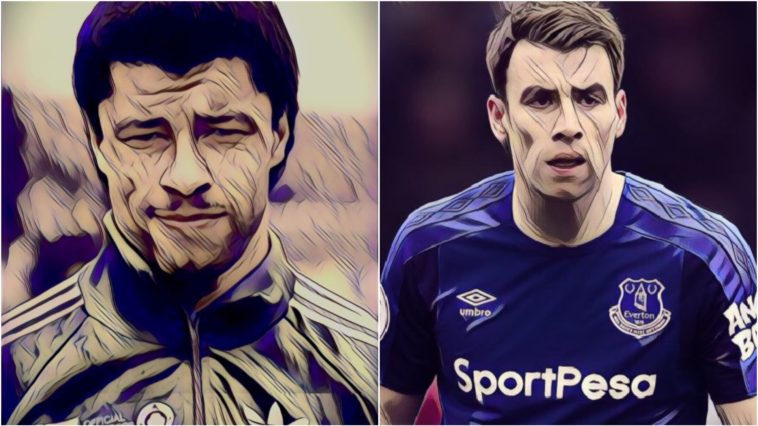 Some of the finest Irish players to have played at the highest level in England have come through the League of Ireland.

Ireland’s recent 2-0 win over Gibraltar was a turgid affair that will not live long in the memory, but there was at least one thing that we found positive from it. Three players in the starting line-up were League of Ireland graduates who have either featured in the Premier League or will go on to do so next season.

Enda Stevens is the most recent addition to this club, earning just his sixth international cap ahead of a top-flight campaign with Sheffield United. The left-back helped the Blades to a second place finish in the Championship last season, which was enough to secure the club promotion.

Stevens earned his stripes in the League of Ireland with UCD, St.Patrick’s Athletic and Shamrock Rovers, the latter of which he won two league titles with. His form for the Hoops earned him a move to Aston Villa, but he made just seven senior appearances in three years.

Following several loan moves the Dubliner dropped down to League Two to join Portsmouth, before a transfer to Sheffield materialised two years later. Next season he will become the latest in a long line of Irish footballers who made their way from the domestic scene at home before realising their dreams of playing in one of the biggest leagues in world football.

Every year this list grows as the traditional route of being scouted as a schoolboy and coming through the academy at a major club is becoming less and less viable for Irish players, due to the rigorous international scouting that takes place these days. Those hoping to follow in the footsteps of the men mentioned here will have plenty of inspiration to achieve their goals.

The best League of Ireland exports to the Premier League:

There’s a well-worn chant sung by the Everton faithful about their vaunted full-back that is along the lines of “60 grand, 60 grand, Seamus Coleman”, which refers to the fee the club paid Sligo Rovers for his services ten years ago.

It was money well spent, as Coleman has gone on to make over 350 appearances for the Toffees, becoming a bit of a club legend with his bombing runs, tireless workrate and the manner in which he throws all sort of shapes when he celebrates scoring a goal.

The Donegal man’s true cost has likely risen with add-ons in recent years, but the folks on Merseyside won’t mind, he’s been worth every penny.

Five players who shone for Ireland in the Toulon Tournament

One of the great scouting successes in the history of English football, Roy Keane was signed by brian Clough’s Nottingham Forest in 1990 for an initial £10,000, later rising to £47,000.

Keano was playing for Cobh Ramblers at the time, but he was meant to be playing for Cork City, who had signed him in 1989. The FAI fined him £100 for signing for two clubs, and he played for Cobh that season.

City are probably sickened to this day that they lost the player to their local rivals and missed out on the massive profit they would have made on him.

Roy Keane returned to his boyhood club Cobh Ramblers on Friday night when they played Bray. The little good things like this don't get enough publicity. #nffc pic.twitter.com/b2jwDKEbYl

Now assistant manager to Martin O’Neill at Forest, he went on to join Manchester United from the same club in 1993, becoming one of the all-time great Premier League players in the process.

Paul only spent one year in the League of Ireland, but his impact was so great that he was voted PFAI Player of the Year by his peers in 1981/82, despite the fact that St. Pat’s finished the season in a lowly seventh position.

Before becoming the “Black Pearl of Inchicore”, McGrath grew up playing football for Pearse Rovers in Sallynoggin, before lining out for Dalkey United, where he was scouted by Manchester United.

McGrath would go on to win the FA Cup at the club, before Alex Ferguson sold him to Aston Villa. Despite suffering from chronic knee injuries, his career was revitalised under Graham Taylor, and he won two League Cups and finished second in the Premier League during his time in Birmingham.

While his career faded out at Derby County and Sheffield United, McGrath is the only footballer to have won the respective Players’ Player of the Year award in both Ireland and England.

The rise of Matt Doherty is an unusual one in the sense that the full-back was signed by Wolves despite having never played a first-team game for Bohemians. The club were inspired to sign the then 18-year-old after witnessing him play against them in a pre-season friendly.

Mick McCarthy was the manager that day, with Irish players Andy Keogh and Kevin Doyle in the squad. At a reported cost of £75,000, Doherty will go down as another one of English football’s great bargains, making over 250 club appearances in nine years.

The Dubliner broke into the team when Wolves were in League One and he hasn’t lost his place in the team since, becoming a constant in the club’s steady rise to the top flight even in the face of a massive overhaul in its running these past few years.

Doherty quickly adapted to the rigours of the Premier League as a wing-back, although he is for all intents and purposes Wolves’ third attacker, contributing eight goals in all competitions.

Ireland need a solution to the Glenn Whelan problem

Wes Hoolahan – Shelbourne FC to Norwich (via Livingston and Blackpool)

One of the most technically gifted Irish players of the modern era, Wes Hoolahan played over 350 games for Norwich City as a playmaker, earning the moniker “Wessi”.

Before that he was a tricky winger for Shelbourne, with whom he won three league titles and played a key role in their run through the Champions League qualifying rounds in 2004, where they faced Deportivo La Coruña.

Hoolahan’s path to the Premier League was far from a straight one, as he left Dublin for Livingston in Scotland before a contentious transfer to Blackpool that had to be settled by Fifa. After helping the Tangerines earn promotion from League One, he was relegated back to that division in his first year at Norwich City.

The midfielder played with the Canaries for ten seasons, four of which were in the top flight, before a tear-filled goodbye in 2018. Released by West Brom at the end of this season, Wes is currently without a club but has not officially retired. A fairytale return to the League of Ireland perhaps?

See Also: The five Irishmen to have won the Champions League