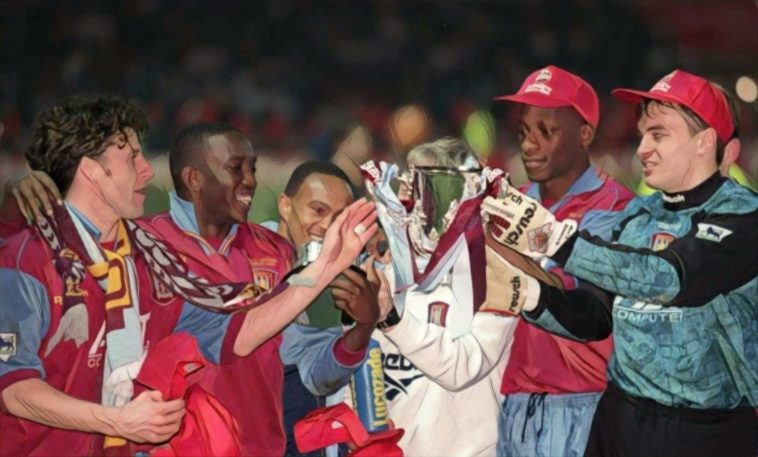 There is an article just waiting to be written and it concerns highly regarded nineties and noughties managers who either vanished without a trace or whose career fell off a cliff.

Alan Curbishley is a starter for ten. Where did he go? Was his spell at West Ham really that bad?

Then there’s David O’Leary, who is presumably boring everyone to this very day down his local with talk of his Leeds United ‘babies’.

Brian Little is a great shout too and how can we overlook John Gregory, who scaled the Premier League heights at the turn of the century but then bizarrely ended up at Maccabi Ahi Nazareth after an unexplained five-year absence from the dug-out.

Here’s the really weird thing, though: across a ten-year period three of those four all held the reins at Aston Villa.

Was it a curse or a coincidence? Either way, Little and Gregory enjoyed managerial highs at Villa Park, presiding over some of the finest teams in the modern era. Though the latter brought through Gareth Barry and got some twinkling performances out of an aging Paul Merson, it’s Little’s vintage we’re celebrating here. Why? Because Paul McGrath, that’s why.

McGrath’s story has been much told but it’s well worth repeating. The defender was a pivotal figure in the drinking culture that was a prevalent at Old Trafford prior to Sir Alex Ferguson’s arrival and while Norman Whiteside and Bryan Robson would have a couple of days off the sauce, for the Irishman it became an addiction. It began to affect him physically and in certain games he would hold his breath when marking an opponent, so ashamed was he by the Guinness on his breath.

In 1989 Manchester United offered him early retirement and a testimonial, but instead he went to Villa whereupon an incredible renaissance took place. Colossal, classy and intuitive, McGrath played a significant role in Villa finishing runners-up in the league on two occasions and in 1993 he won the PFA Players’ Player of the Year with humbled strikers probably voting twice. Ron Atkinson once insisted he was better than John Terry and Tony Adams combined. For this particular scribe, he was the Irish Baresi and Maldini rolled into one.

All of this – nearly a decade of defensive masterclass after masterclass – was achieved despite a training regimen so light Eamonn Holmes could do it in his sleep and that was because of Paul’s shot-to-pieces knees. He was a phenomenon. Truly a phenomenon.

The 1995/96 campaign was McGrath’s last in a Villa shirt as age – the one affliction he couldn’t defy – began to catch up with him but he still managed forty appearances that year, leading by example a new look side created by Little from the creaking edifice he’d inherited. Gone were Nigel Spink, Shaun Teale, Kevin Richardson and Ray Houghton and in their place youngsters such as Mark Bosnich and Ugo Ehiogu made their mark, with a teenage Lee Hendrie showing glimpses here and there.

That summer’s big acquisition was Savo Milošević from Partizan. He was the archetypal foreign forward who looked like he was going to be amazing – tall, handsome enough to play the male lead in a subtitled film, and possessing a deceptively delicate touch – but ultimately proved a disappointment in the Premier League. Still, the player dubbed ‘Miss-a-lot-evic’ by the tabloids scored a very credible 14 league goals that term as well as netting a screamer in the League Cup final.

Perhaps more importantly he was a useful foil for Dwight Yorke who Little had cleverly brought in from the wing to be instrumental up front. The Henry-esque transformation heralded 34 league goals across the next two seasons and eventually, of course, led to a switch to Manchester United and mega-stardom.

Mark Draper was another purchase, this one shrewd and practical with the former Leicester star adding energy to Villa’s midfield. But it was the arrival of Gareth Southgate that was key to the success that followed as the Palace centre-back quickly forged a formidable partnership with Ehiogu. With McGrath sweeping up behind as part of a trio, forwards were snuffed out on a weekly basis as Villa accumulated the third best defensive record in the top-flight.

Racing down one flank was Alan Wright – arguably the second most consistently excellent left-back or wing-back in the nineties after Denis Irwin – while on the other side Gary Charles putting in seven-or-eight-out-of-ten performances became the norm. But if the defensive unit, with Bosnich impressing behind them, was peerless and the front two were the oddest of couples, what was to be truly loved about this Villa side was their engine room.

Granted, Ian Taylor had an innate knack for making timely runs and grabbing a goal or two while there was just as much craft as graft to Andy Townsend’s game. Draper, meanwhile, could knock it about with the best of them. But what Brian Little essentially did in the mid-90s, as Villa finished fourth and won the League Cup after easily brushing past Leeds in the final, was select the same player three-fold to staff his midfield.

This was Guardiola-level genius. This was a trick so rarely pulled off that worked an absolute treat.
Draper, Townsend and Taylor were industrious and old-school. Nobody out-ran them. Nobody out-worked them. Certainly it would be a fool’s errand to try and bully them. When you add the considerable mileage from Wright and Charles and the surety of Villa’s back-three, that was a solid foundation indeed from which the artistry of Yorke and the goal-threat of Milosevic could thrive. And thrive they duly did.

The following year brought scant changes to a winning recipe and Villa secured fifth spot but perhaps Little was guilty of resting on his laurels because when he resisted the opportunity to refresh his side for a consecutive summer that’s when the rot set in. And then he was gone.

Off he went to *checks notes* Stoke and West Brom and Hull; then Wrexham and Gainsborough Trinity and in doing so he became just another forgotten manager who, for a briefest of time, gave us the finest of teams.

See Also: A year of darkness: The pain of losing three Aston Villa legends in 12 months