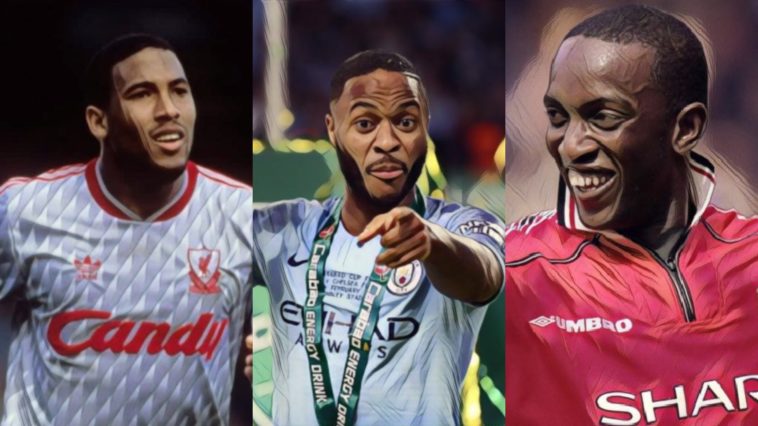 As it is Black History Month, this article is part of a series celebrating the best black players to feature in British football.

The Premier League truly is a global league. A Uefa report in 2017 found that it had the highest proportion of foreign players in the world, making it the most diverse division in the sport. The EFL Championship and Scottish Premiership’s playing pools were also found to have more than of half of their players come from abroad.

Footballers from all over the globe have come to Britain to fulfill their dream of playing the game at the highest level. The Caribbean islands haven’t been what you would call a hotbed for talent, but they have produced some of the English top flight’s most exceptional players over the years.

We’ve picked out some of the best players to have been born on these islands, some of whom have even gone on to play for England and France.

The best Caribbean footballers to play in the Premier League:

Although he is a fully fledged England international, Raheem Sterling was born in Kingston, Jamaica. The Manchester City attacker spent his early years on the island nation before moving to England at the age of five, growing up in Neasden, north-west London.

The England star never knew his father, who was gunned down when he was just two-years-old, but his mother Nadine Clarke was a member of the Jamaican national athletics team. In May of this year, Sterling sent care packages to elderly residents in Maverley, the town where he was born, amid the coronavirus outbreak.

The son of a military commander, John Barnes may never have been the household name he became in eighties and nineties English football were it not for his father being stationed in London when he was 13-years-old.

A former captain of the Jamaican national football team, Ken Barnes emigrated from Trinidad & Tobago to Kingston, Jamaica, where his son John was born, in 1956, before leaving for England twenty years later.

The younger Barnes went on to play for Watford and Liverpool in the English top flight, and also represent England 79 times. The Jamaican-born winger enjoyed huge success at the Merseyside club, and was even entered into the PFA Team of the Century in 2007. He also managed the Jamaican national team briefly between 2008 and 2009.

Asprilla: The Colombian maverick who could win a game on his own – if he felt like it

A Trinidad & Tobago legend, Dwight Yorke was discovered by Aston Villa manager Graham Taylor on a tour of the West Indies in 1989. Taylor gave the 17-year-old a trial before signing him permanently.

Yorke was originally a right winger before being moved up front in the 1995/96 campaign, at which point he started scoring goals for fun. He scored 98 goals in 287 appearances for Villa, and played a key role in their League Cup success in 1996.

The striker’s greatest success, however, came at Manchester United, where he was vital in their quest for the Treble in his first season at Old Trafford, scoring 29 goals in all competitions. He went on to play for Blackburn Rovers, Birmingham City and Sunderland in the Premier League.

Yorke also represented Trinidad & Tobago as captain at their one and only World Cup appearance in 2006, winning Man of the Match in their goalless draw with Sweden.

Hailing from the tiny island of Guadeloupe, Pascal Chimbonda started out in his senior career in France, lining out for Le Havre and Bastia before moving to Wigan Athletic in the summer of 2005.

The defender had a stellar first season with the Latics in the Premier League, helping the newly promoted club stay up against all odds and reach the League Cup final. A testament to his brilliant performances was the fact that he was voted into the PFA Team of the Year in 2006 ahead of the likes of Liverpool’s Steve Finnan and Gary Neville of Man United.

#OnThisDay in 2005, @LaticsOfficial brought Pascal Chimbonda to the #PL… pic.twitter.com/9EmMACUez8

Chimbonda won six caps with his native Guadeloupe between 2003 and 2012, but he curiously also represented France once in 2006, as the Caribbean island is not a full member of Fifa. It was thought his performances for Wigan would earn him a place in the 2006 World Cup squad, but his involvement was limited to one friendly appearance against Denmark.

The dual international moved to Spurs, where he won the League Cup in 2008, before turning out for Sunderland, Blackburn and QPR. He most recently represented non-league side Ashton Town last year at the age of 40.

The least glorified member of this quintet, Ricardo Gardner put himself in the shop window at the 1998 World Cup, where he started each of Jamaica’s group matches.

The Rastafarian’s performances in France earned him a move to Bolton Wanderers, where he played for 14 years. A left winger who could also play in midfield, Gardner helped the Trotters to promotion in 2001 via the EFL playoffs.

Gardner made over 400 appearances for Bolton, but the most memorable was likely the Uefa Cup group stage game against Bayern Munich in 2007. The Jamaican scored the opener that night as they secured a shock 2-2 draw against the Germans.

See Also: The Premier League clubs with the most top six finishes ever