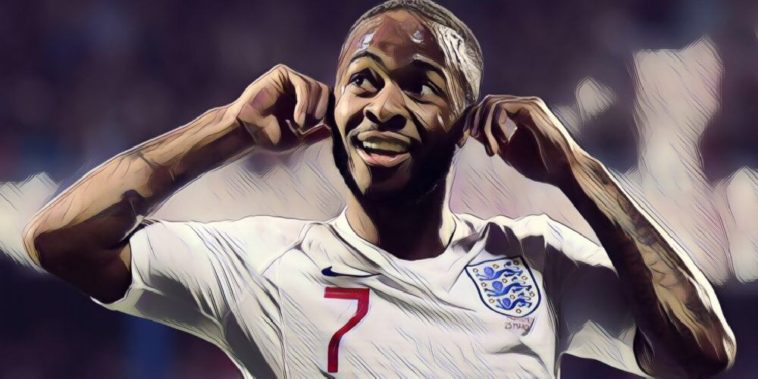 Dwight Yorke thinks that the only way that football can start to get a grip on racism is by football’s rule-makers making some ‘very difficult decisions’.

It has been a week that has seen headlines dominated by talk of racism within football after a number of England players – including Raheem Sterling, Callum Hudson-Odoi and Danny Rose – were subjected to vile racial abuse from Montenegro fans at their Euro 2020 qualifier in Podgorica on Monday night.

While UEFA have charged Montenegro for the behaviour of their fans, and UEFA president Aleksander Ceferin described their actions as ‘a disaster’ for football, although it certainly hasn’t been the only such incident in recent months.

In fact, there have been plenty of examples much closer to home, with Sterling once again on the receiving end of vile abuse during Man City’s Premier League game against Chelsea back in December.

While Chelsea suspended and publicly lambasted the behaviour of the fans involved, former England international John Barnes has branded The FA ‘hypocritical’ – reminding them that they still have plenty of problems to sort out domestically despite them still criticising opposing supporters.

Now, former Aston Villa and Manchester United striker Dwight Yorke has said that he doesn’t feel that the current punishments being handed down are enough of a deterrent, and has suggested that points deductions and banning orders would help to eradicate a problem that sadly seems to be on the rise.

“I think a fine is not good enough,” Yorke told Sky Sports. “I think we have made progress over the years where racism is concerned, but it’s certainly been coming back into the game.

“It’s something that we need to eradicate from our sport, and the only way you can do that is making very difficult decisions.

“Money is not an issue, we need to have points deductions, you know, getting these [racist] guys banned from games.

“I think the people who are in charge have to really make some very, very tough decisions, and we’ve seen fines are just not enough.”