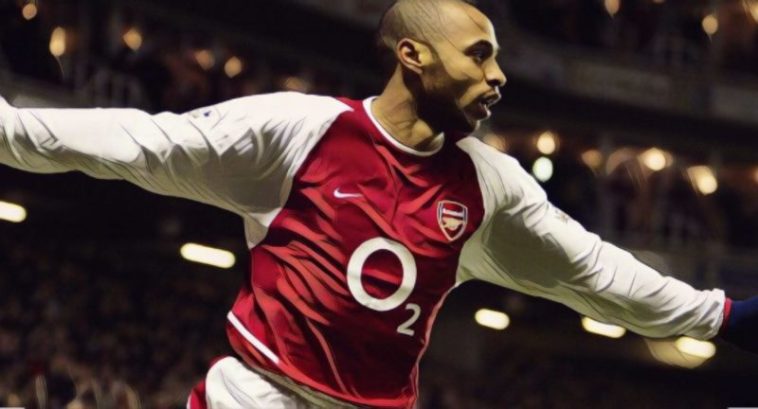 Some of football’s finest forwards have showcased their talents in English football throughout the Premier League era, with a host of goalscoring greats having contested for the division’s Golden Boot.

Football may be a team sport but the best centre-forwards often have a selfish streak, and there is no doubting the Premier League’s leading names value individual accolades and being regarded as the best of the bunch.

We’ve decided to look back at previous years and some of the very best strikers the top-flight has seen, remembering every Premier League Golden Boot winner from the noughties:

Rodney Marsh’s pre-season prediction that Kevin Phillips would struggle to replicate his goalscoring form at the highest level proved horribly inaccurate for the pundit, the forward enjoying a sensational season to claim the Premier League’s Golden Boot for newly-promoted Sunderland.

Peter Reid’s side making a mockery of suggestions they would be amongst the favourites for an instant return to the second tier, securing a seventh-placed finish thanks to the goals of Phillips, who formed a devastating ‘little and large’ partnership with towering Irish international Niall Quinn.

Phillips’ finished the season with 30 league goals to finish seven clear of nearest challenger Alan Shearer, winning the division’s Golden Boot and becoming the first – and so far only – Englishman to win the European Golden Shoe.

Amongst English football’s most feared forwards at the turn of the millennium, Hasselbaink became just the second player – after Alan Shearer – to win the Premier League’s Golden Boot with two different sides.

The former Netherlands international had earlier enjoyed a prolific two-year spell with Leeds and claimed the honour during the 1998/99 season, before becoming Chelsea’s record signing via a single season stay at Atletico Madrid.

Hasselbaink became the joint-most expensive player in Premier League history after signing for the west London side in a £15m deal, though he soon proved worth the investment after scoring 23 league goals to finish as the league’s leading scorer and joint-third in the division for assists.

The first of Thierry Henry’s record haul of four Premier League Golden Boots came during the 2001/02 season, a campaign which saw Arsenal complete their second domestic double under the guidance of Arsene Wenger.

Henry formed a brilliant understanding with compatriot Robert Pires and his haul included two goals in a vital victory over Manchester United at Highbury, in addition to scoring from the spot as the Gunners secured three points at eventual runners-up Liverpool.

The Frenchman finished with 24 league goals to claim a maiden Golden Boot accolade as Arsenal finished the season with 13 successive wins, a brace on the final day of the season seeing Henry pip Ruud van Nistelrooy and Jimmy Floyd Hasselbaink to the honour.

Ruud van Nistelrooy’s stunning debut season at Manchester United saw the penalty-box poacher voted as the PFA Player of the Year, but the Netherlands international took his game to even greater heights during a 2002/03 season which delivered the Premier League’s Golden Boot.

Van Nistelrooy scored 25 league goals as United recovered from their worst ever Premier League start to regain the title, finding the net in each of the club’s final eight fixtures of the season as Sir Alex Ferguson’s side finished five points clear of Arsenal.

In addition to winning the Golden Boot, Van Nistelrooy also finished as the leading scorer in both the FA Cup and Champions League, his 44 goals in all competitions the highest single season tally of any player in the Premier League era.

Thierry Henry regained his position as the Premier League’s finest footballer courtesy of a sensational season during the 2003/04 campaign, his 30 league goals the inspiration behind a historic unbeaten season for Arsenal.

The Frenchman’s feats saw him win the Premier League’s Golden Boot and European Golden Shoe, alongside being named as the PFA Player’s Player of the Year and FWA Footballer of the Year for the second successive season.

Henry’s scintillating season him score a hat-trick as the Gunners’ unbeaten record was threatened by Liverpool in April, before a one-man destruction of Leeds saw him score four times just two fixtures later.

He finished the season having scored 39 goals in all competitions – the best haul of his career in English football – to become the first player in history to be named as Footballer of the Year in successive seasons.

15 of the best quotes on Arsenal legend Thierry Henry

Arsene Wenger’s side were unable to retain their title amid increased competition from a billionaire-backed Chelsea, but it was Henry who once again stood out as arguably the best player in the division.

He scored 25 league goals to finish as the Premier League’s leading marksman once more, scoring 20+ league goals for a fourth season in succession and being named in the PFA Team of the Year for the fifth consecutive campaign.

Henry secured a record-breaking fourth Premier League Golden Boot courtesy of another vintage campaign for Arsenal, scoring 27 Premier League goals to finish as the division’s leading scorer for the third season in succession.

In what was the Gunners’ final season at Highbury, Henry was once again the outstanding forward in English football, scoring prolifically throughout the campaign including a match-winning brace against Liverpool and hat-tricks against Middlesbrough and Wigan.

The latter of those trebles came on the final day of the season to secure Champions League qualification for the north London side, the final fixture at the club’s famous old ground signed off in style by arguably their greatest ever player – his performances recognised with a third FWA Footballer of the Year award in four seasons.

Didier Drogba had impressed during his first two seasons with Chelsea but it would be during the 2006/07 season that the Ivorian icon truly burst into life in English football.

The talismanic forward finished as the Premier League’s leading scorer with 20 goals and finished the season with 33 in all competitions, scoring winning goals in both domestic cup competitions as Chelsea secured an FA Cup and League Cup double.

Drogba’s hulking frame and goalscoring instinct made him the perfect focal point for the west London side, enjoying the best goalscoring season of his Premier League career to date and establishing himself as one of the best forwards in the division.

Ronaldo was virtually unstoppable during an unforgettable campaign, working brilliantly in tandem with Wayne Rooney and Carlos Tevez in one of English football’s greatest ever club sides.

His performances saw him named as winner of the PFA Player of the Year and FWA Footballer of the Year for a second successive season, in addition to becoming just the second player in the Premier League era to win the Ballon d’Or.

Anelka burst onto the Premier League scene as a fearless teenager at Arsenal before enjoying a somewhat nomadic footballing journey, the Frenchman later enjoying the most consistent and successful period of his career across the capital.

It was in Chelsea blue that Anelka claimed the Premier League’s Golden Boot, finishing ahead of Cristiano Ronaldo and Steven Gerrard to finish as the league’s leading scorer during the 2008/09 campaign.

Anelka’s tally of 19 goals is the lowest figure ever recorded to win the Golden Boot outright, but his place amongst the previous winners is deserved recognition for a player amongst English football’s most talented at the peak of his powers.

Read – Remembering every BBC goal of the season from the 90s