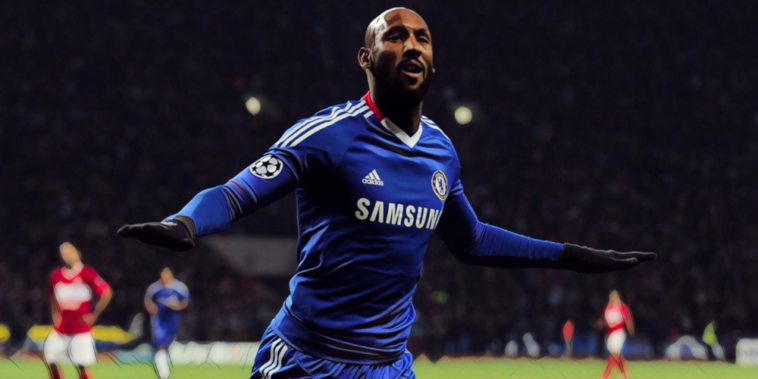 Nicolas Anelka found it hard to escape the accusations of his early career. An almost impossibly precocious talent, he burst onto the scene as a teenager with his raw ability captivating an English audience.

In the infancy of Anelka’s career in the Premier League he was an exhilarating watch, boasting electric speed and an ice-cold composure that belied a forward taking his first steps in one of Europe’s most demanding divisions.

Anelka began his career in the academy system of Paris Saint-Germain, a club with a long and proud history of unearthing gems from within the suburbs of the French capital. PSG were unable to reap the rewards of their faith in the forward however, who crossed the channel to sign for Arsenal in 1997.

Arsene Wenger’s side was beginning to take shape and he added Anelka to his increasingly Gallic Gunners in north London, another unproven talent who would soon prove his worth.

After a handful of appearances during his first months in England, Anelka broke into the side during the 1997/98 campaign. Untested but undaunted, he scored nine goals in all competitions to help Arsenal to a domestic double, scoring a number of crucial goals during the run-in.

The 17-year-old had taken to senior football like the proverbial duck to water, scoring a crucial opener in a 3-2 win over title rivals Manchester United and the second as Newcastle were beaten in the FA Cup final.

His electric emergence had raised the excitement levels in north London and the following campaign saw Anelka explode. The teenager scored 17 league goals to win the PFA Young Player of the Year, but in the background of a spectacular season began a difficult relationship with the media.

Was Nicolas Anelka one of our smartest-ever signings? 🤔

Anelka’s sullen demeanour saw him branded ‘Le Sulk’ at Arsenal, an image he would struggle to shake over the remainder of his career.

Mud sticks, after all.

Feeling under-appreciated at Arsenal, he signed for Real Madrid in a £22.3m deal. Despite the significant profit received upon his exit, it was a departure that rankled with the Gunners fans and a move that ultimately had few winners.

Anelka struggled following his switch to Spain. He waited five months before opening his goalscoring account and found himself a continued target for the Madrid media.

His single season at the Bernabeu also saw his first conflict with leading club figures. Deemed an outsider upon his arrival, he was allegedly greeted with a hostile reception from his new teammates. A fall-out with manager Vincente de Bosque followed and saw the forward refuse to train, leading to a 45-day suspension.

Anelka returned to feature in the club’s run to Champions League success, scoring in both legs of the club’s semi-final against Bayern Munich, but at the end of the season was moved on.

⚽️ He scores in both semis as Madrid lift the #UCL 🏆 pic.twitter.com/IxPA7fDWR9

“I understood what it meant to be a star when I joined Real Madrid, and I hated it,” Anelka said, as per Goal.

“There were sacrifices to be made and I was too young to understand. There was so much pressure. I was in the press every day. On the pitch, things weren’t great. I couldn’t have a private life. I couldn’t do anything.

“You’re 20, you can’t walk down the street. Everything you do gets talked about, everything you buy is in the newspapers the next day.”

Anelka returned to Paris Saint-Germain on a permanent deal, but even in a familiar environment he failed to find a home. He scored ten goals in 39 league appearances for PSG, but was allowed to leave on loan for Liverpool during the 2001/02 campaign.

The move to Merseyside provided Anelka with a second shot at the Premier League and he impressed, helping the Reds to a runners-up finish.

However, a permanent move failed to materialise as Gerard Houllier moved on to alternative targets, a decision which both club and player came to regret.

“They need to know that that wasn’t the case. That episode was tragic for me. It’s a club where I could have done great things.”

Liverpool’s decision came amid rumours of problems with Anelka’s brothers, who represented the forward.

“There weren’t any great problems while he was there, but we had problems with his brothers, his contract and everything.

“Arsene Wenger rang up Gerard and said: ‘Gerard, I have to tell you. Nicolas’ brothers have just rang me up and they’ve asked me to take Nicolas back to Arsenal’.

“Once his brothers tried to sell Nicolas to Arsenal while he was on loan at us, that was the end.”

Manchester City capitalised to secure Anelka’s signing, adding a touch of top-level quality to their newly-promoted side. In a fun but flawed side he excelled, scoring 14 league goals during his debut campaign – including a last-minute winner against Liverpool at Anfield.

The following season he scored 24 in all competitions, thriving amid main man status at Maine Road. Elegant and explosive, his stride was effortless as he peeled off defenders and raced into space.

Anelka, however, was rarely settled for long. Mid-way through his third season at City he decided on a new challenge, moving to Fenerbahce in search of European football. Whilst a Süper Lig title arrived during his first season, he soon made a u-turn on his decision to leave English football.

Bolton was the unlikeliest of destinations for Anelka, despite their success in providing Indian Summers for illustrious names including Jay-Jay Okocha, Youri Djorkaeff and Fernando Hierro.

Anelka, at 28, was still a formidable force and after a slow start he showed signs of his former self, scoring 23 goals in 61 games to attract interest from Chelsea.

A return to the capital proved the most settled period of his career. Whilst his image among the British press had changed little, he began to find the silverware and goals his talent had always promised.

The following season brought a Premier League and FA Cup double for Chelsea, more than a decade after Anelka had lifted both trophies in the colours of London rivals Arsenal.

Anelka’s career with Chelsea was largely successful as he scored 59 goals in 184 games, though a decisive missed penalty in the 2008 Champions League final defeat to Manchester United prevented a second career triumph in the competition.

The Frenchman would go on to win the Golden Boot and the #PL title with the club pic.twitter.com/8yRHYTKytM

Four seasons of comparative solace at Stamford Bridge came to an end with a move to Shanghai in 2012, before his nomadic career took in short stops at Juventus, West Brom and Mumbai City before retirement.

His spell at West Brom saw an ageing Anelka once again in the headlines for the wrong reasons. He was suspended for five matches and fined £80,000 for a “quenelle” gesture, a salute he insisted was “anti-establishment” and not with anti-semitic connotations.

That his career in England ended under a cloud was perhaps fitting for a footballer who was rarely far from incident. His international career came to a close in similar fashion, having led a revolt at the 2010 World Cup against France manager Raymond Domenech.

Having formed part of the side that won the European Championship in 2000, his career with Les Bleus proved a rollercoaster ride that included 69 caps, 14 goals, conflict, and exiles.

Anelka remains and will forever be deemed an enigma. A self-produced documentary titled ‘Misunderstood’ did little to answer the questions that have long surrounded the forward, a footballer whose outstanding talent often came second to the interest in his perceived public persona.

If only Anelka had been able to shake off his image as easily as he did the challenge of defenders, his legacy might be a little longer lasting. Was he the tempestuous talent who failed to fulfil his potential, or a misunderstood maverick of the modern game?

Moody and mercurial, sullen and spectacular, the truth perhaps lies somewhere in between.