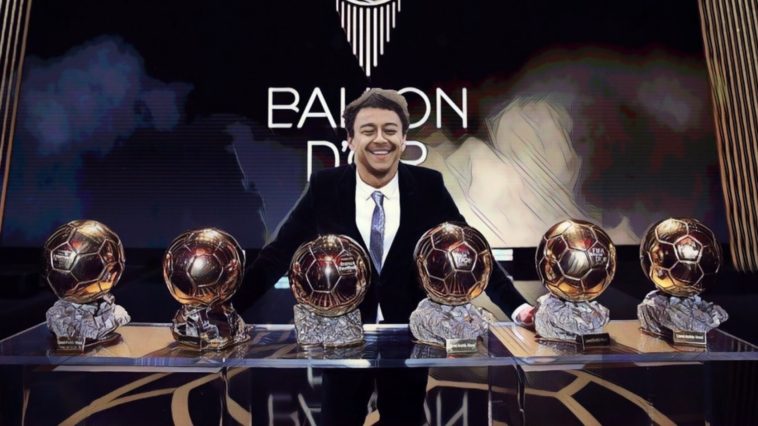 We’ve been crying out for a match like this for weeks – no, scratch that – months. We have been served almost nothing but turgid football for so much of 2021 that we deserved to feast on a proper goalfest.

That’s why Arsenal’s come-from-behind 3-3 draw with West Ham United feels so nourishing. It had some quality finishes, schoolboy errors, and the potential for so much more madness than it already contained. We loved it.

The crazy thing is, this might not even be the best 3-3 comeback match that West Ham have played against a north London team this season.

In that vein, we have to give Jesse Lingard the Player of the Week award for his impact on this game and West Ham’s season as a whole.

This performance personified what the Manchester United loanee provides the East London outfit: attacking impetus, nous and ingenuity. It’s crazy to think he spent the first half of the campaign sitting on his arse.

He fires West Ham in front with a peach of a half volley before teeing up Jarrod Bowen for a second moments later! 🍑

Lingard, whose form has earned him an England recall, scored a wonderful half volley for the opener before his quick-thinking led to the second, but more on that in a while.

You can go months without remembering that Danny Welbeck is still in the Premier League, then he pops up with a stonking finish to remind everyone he’s still here. That’s his third of the season for Brighton.

What a finish from Danny Welbeck to double Brighton's lead! 🔥

As good as West Ham were in the first-half against Arsenal, they dropped off a lot after the interval. And yet, they could still have won it.

That is, if Michail Antonio could have scored from this position: 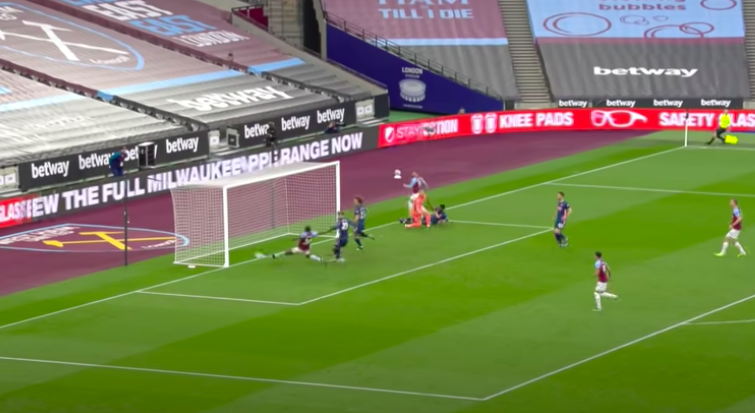 Alas, the soon-to-be Jamaican international hit the post. How?!

Dive of the Week

Harry Kane is a phenomenal footballer with the golden touch when it comes to scoring goals. But no one can deny it: he gets incredibly soft treatment from the punditocracy and, to a lesser extent, the wider media.

The striker was barely criticised for the dangerous manner in which he backed into players who were in the air. There was no criticism for him last week when he bashed an opponent’s face with his forearm in the north London derby. And excuses were made for him on Sunday when he blatantly bought a foul that shouldn’t have been a penalty.

Harry Kane wins and then converts a penalty to double Tottenham's lead against Aston Villa.

Kane very clearly abandons the ball as it travels out of play in order to ensure he collides with Matty Cash, who has slid in to block what he thinks is an incoming cross. The referee has been fooled into thinking there has been a legitimate foul here.

But you wouldn’t think this listening to the reaction on Sky Sports. Instead, Gary Neville calls it “cute” on commentary while in the studio Jamie Redknapp focuses on Cash’s involvement in the ‘foul’.

Why dance around the subject so much when it involves Kane? Do they think they’re going to spontaneously combust if they dare criticise the golden boy?

I don’t blame Kane for doing what he did in this game; he’s a professional footballer whose job is to take every opportunity to win games however he can within the rules. It’s up to the officials to catch him in the act and for pundits to hold him to account.

Tyrone Mings spoke eloquently ahead of Aston Villa versus Spurs about the impact of taking the knee before kickoff and why he thinks the gesture is still worth continuing with.

“We have never had this opportunity as a group of black players,” he told Sky Sports.

“Look at players that have come before us. Never would they have had the opportunity for the Premier League to get behind them so strongly and so passionately to back their anti-racism message.

“I think that is something so powerful and we shouldn’t be getting away from that any time soon.”

Perhaps not a howler in the classic sense, but a complete cock-up nonetheless. That’s the best way to describe the entire Arsenal defence falling asleep while Jesse Lingard took a quick free-kick to set up Jarrod Bowen for the Hammers’ second goal on Sunday.

Probably the most Arsenal way possible to concede a goal.

One has to wonder: what does Steve Bruce have to do to get sacked? His Newcastle United team have no wins in their last five games, lack direction, play awful football and, worst of all, don’t exude any kind of desire or ambition.

That’s why Newcastle and Mike Ashley are total donkeys for not sacking the manager. It’s truly baffling that he is still in charge at this point.

Chronicle Live understands #nufc have decided not to part company with Steve Bruce at this stage despite last night’s awful performance. Bruce insisted he would not walk away last night.

This may well be the decision that relegates Newcastle this season.

Read: No, Man City won’t win the quadruple – but they might still win a lot of trophies