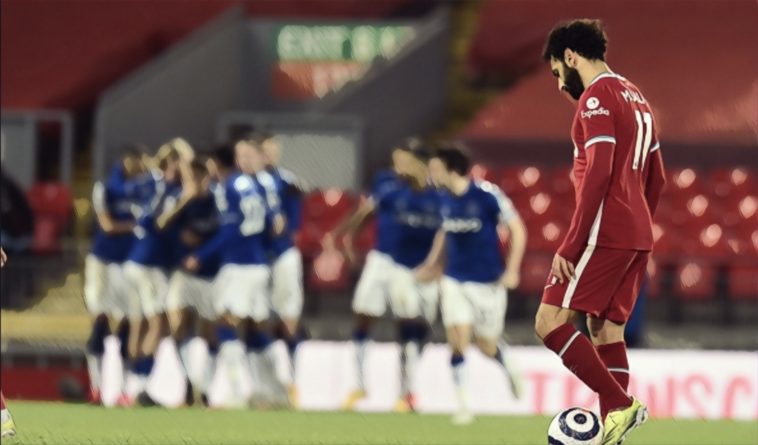 Liverpool are currently enduring the longest home losing streak in the club’s history.

Never before have the Reds lost six games on the bounce at Anfield, but in this strangest of seasons they are yet to win on Merseyside in 2021.

If they were to lose to Aston Villa on 10 April, they would enter the top five longest losing home runs in Premier League history. They are already joint-sixth in the list alongside Villa, Crystal Palace, QPR and Wigan.

There are 11 teams, including Tottenham, Leeds United, Newcastle and Nottingham Forest, who have suffered five home defeats on the trot.

Many of the bigger clubs, such as Arsenal (4), Manchester City (4), Chelsea (3) and Everton (3) have never gone on such a losing streak at their home grounds.

Manchester United hold the record for joint-shortest home losing streak having never lost more than two league games at Old Trafford in succession since 1992. It’s an achievement they share with Barnsley despite the fact the Tykes were relegated in their one and only season in the Premier League.

In 2017/18 Huddersfield Town achieved the unthinkable by surviving their first season in the Premier League. They had overachieved, however, and the following season the dream came to a crushing end.

The Terriers didn’t win a home game until November when they narrowly defeated Fulham and only won three league matches all season. In between was a dire seven-match losing run at The John Smith’s Stadium that began with a 2-1 defeat to Brighton on 1 December 2018 and didn’t end until a 1-0 win over Wolves on 26 February 2019.

The Premier League clubs who survived relegation with the fewest points

The worst home run of Bolton Wanderers’ time in the Premier League ran over two campaigns, starting with a 2-1 loss to Sunderland in the penultimate game of the 2010/11 season.

It continued into 2011/12 and included big defeats to Manchester United (5-0) and Chelsea (5-1) and didn’t end until 6 November 2011. The Trotters meted out their own thrashing that day, beating Stoke City 5-0 at the Reebok Arena.

Adios Big Sam: Why the T-Rex of football dinosaurs has finally had his day

Newly promoted Derby County had the worst campaign in Premier League history in 2007/08, breaking almost all of the unwanted records. They recorded the fewest wins (1), fewest points (11), most defeats (29), fewest goals scored (20), most goals conceded in a 38-game season (89), longest run without victory (32 matches), and earliest relegation (29 March).

One of the few the Rams avoided was the longest run of consecutive defeats at home, although they ran it close. Derby’s only win of the season was a 1-0 victory over Newcastle United at Pride Park on 17 September, but they didn’t get another positive result at the ground until 30 January when they drew 1-1 with Man City.

Wolves endured a dreadful Premier League campaign in 2011/12, finishing dead last in the table. They won just once in their last 24 league games and set a new club record by going 30 matches without a clean sheet.

Their losing streak at Molineux began with a 2-1 loss to Chelsea on 2 January 2012, and only ended on the penultimate day of the season with a scoreless draw against Everton, by which point they were already relegated.

The run included a 5-1 humiliation at the hands of local rivals West Brom, which spelt the end for Mick McCarthy’s tenure at the Midlands outfit.

A horrendous 2002/03 campaign for Sunderland concluded with 15 straight defeats, eight of which came at the Stadium of Light, and a record low points total of 19. Their losing streak began with a 1-0 defeat to Southampton on 28 January 2003 and didn’t end for another two years.

When they returned to the top-flight for the 2005/06 campaign, Sunderland were somehow worse than before. They broke their points record, winning just 15 points, while also breaking Stoke City’s 21-year-old record for fewest points since three points were first awarded for a victory.

The Black Cats lost their opening two home matches under that man again, Mick McCarthy, to extend their losing run to ten. They also went 28 matches without a victory, 12 more than any other club in Premier League history.