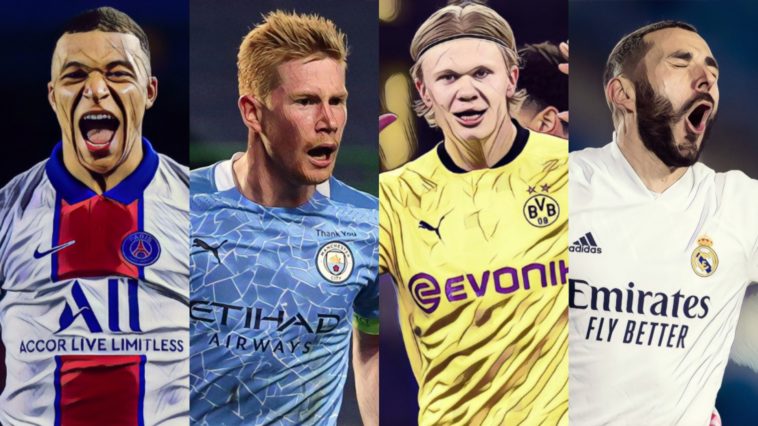 The draw for the quarter-finals and semi-finals of the Champions League have thrown up some intriguing ties and potential matchups for the business end of the competition.

The tournament is wide open at this stage, with potential for several teams to come out on top. We try to make sense of the final eight clubs remaining by ranking them in terms of their overall quality, form and chances of attaining European glory.

Ranking the last eight teams in the Uefa Champions League:

Porto completed an amazing feat by unceremoniously dumping Juventus out of the Champions League in the last 16, becoming the first side to win on away goals after extra time in the competition’s history.

But there is no denying that they are the draw that everyone wanted in the quarter-finals. Statistical analysis website FiveThirtyEight places the Portuguese champion’s odds at about one percent, and you can’t really blame them.

It’s been a weird season for Borussia Dortmund, who sacked Lucien Favre back in December, but haven’t looked much better for it. They currently reside in fifth place in the Bundesliga table, outside of the Champions League qualifying spots.

With Erling Haaland and Jadon Sancho in their attacking line they possess incredible explosivity, as shown in the 5-4 aggregate win over Sevilla in the last-16. What that tie also showed is their vulnerability as well as their inability to kill an opponent off.

Dortmund will pose a big challenge to Manchester City, but you feel they will have get everything absolutely right to cause an upset. There will be no margin for error, which makes their chances of progression very slim indeed.

If PSG are to return to the final for the second year running they will have to do it the hard way. They have been drawn with Bayern Munich in the quarters, and will have to face Man City or Dortmund in the semis. There’s no question which side of the draw is the tougher route.

Despite rolling over Barcelona by four goals to one at the Nou Camp, the Parisian outfit weren’t all that much better than them over two legs. They weren’t especially good in the return leg and perhaps fortuitous to win by such a wide margin on aggregate.

Their league form is also a concern as they sit second having lost seven matches, two of which recently came against relegation-threatened sides. They have only lost more than seven games in an entire season in one of the last eight campaigns.

In his first game at Camp Nou, and his first time facing Barcelona…

Kylian Mbappe completes a wonderful hat-trick with a SUBLIME finish 🤩

We are witnessing greatness! pic.twitter.com/7uc84LQ2nE

The balance of the squad is not what it was last season. That’s partly down to midfielders Ander Herrera and Idrissa Gana Gueye getting older and being a little bit worse, but rotation is a big factor too.

19 different players have played 900 or more minutes in Ligue 1 this season, meaning they don’t have a settled lineup. One of those who hasn’t racked up that many minutes is Neymar Jr, who has spent a lot of time on the injury table.

With Kylian Mbappé they have a player who can cut through any team, but as last year’s Champions League final showed, sometimes that is not enough.

Real Madrid’s pairing with Liverpool is one of those rare times where both sides can be reasonably happy with the draw. It will be a big task for either team to progress, but both will feel this is a winnable tie.

It’s been far from a vintage year for Real, who have failed to integrate their younger signings into the first team, instead relying on the older heads like Karim Benzema, Luka Modric and Toni Kroos to keep them motoring along.

That’s why they’re third in La Liga and only just about squeaked out of their Champions League group. But we’ve been here before with Madrid, so don’t count them out despite their obvious deficiencies.

Liverpool spent an entire decade climbing the hill to reach the Premier League summit under FSG’s ownership, and once they did they bewilderingly fell right off the other side.

Could the current 6th-placed team in the Premier League really be the fourth-best team in Europe?Of all the teams remaining they have suffered the worst form thus far in 2021, but recent performances suggest they’re gradually improving.

The return of Fabinho to the midfield has been a massive boost, while Diogo Jota’s return is re-energising their attack. The defence will need to do its part if they are to have any chance.

Like Real they carry a prestige that comes with winning the trophy multiple times. As such they will be summoning the spirit of 2005 to conjure up another unlikely European triumph. FiveThirtyEight gives both teams an 11 percent chance of winning the tournament.

There is a second grouping of teams in the final eight who are just behind Bayern Munich and Manchester City in terms of overall quality and form. It’s debatable whether Chelsea are on top of that secondary group or not, but there are two things in their favour in this writer’s opinion.

The turnaround under Thomas Tuchel has been outstanding, transforming from an erratic outfit to a very solid team with a clear gameplan. Amazing what an actually elite coach can do, isn’t it?

On top of that they have a deep squad packed with talented individuals, which Tuchel is getting more and more out of with every game.

The win over Atletico Madrid was impressive, shutting down the La Liga leaders and barely giving them a sniff. If there is to be a winner outside of the top two, my money is on the Blues.

Before last season no team had ever won every single game on their way to Champions League glory. That was, until Hansi Flick’s Bayern Munich came along.

A regression was always possible given how utterly dominant they were, but the Bavarians are more vulnerable at the moment than is perceived.

The demolition of a mediocre Lazio didn’t tell us very much, but Bayern’s form in the Bundesliga might. Although they currently top the table, it hasn’t been plain sailing. They’ve already conceded more goals (35) than they did in the entirety of last season.

They are also heavily relying on Robert Lewandowski, who has been criticised for his lack of clinical edge in the past but is enjoying his best finishing season to date. He is scoring 0.62 goals for every shot on target, by far the best rate of his career.

All of this is to say that Bayern are still excellent, but are there to be got at.

Rating the six players with the most Champions League hat-tricks

If there is one team you could say without a doubt has been the best in the world since December, it has to be Manchester City. They have lost just game since then, with their defence turning into an unbreakable wall at times.

City have raced ahead atop of the Premier League, scoring 49 goals and conceding just 10 in their last 21 league games. And all this without a recognised striker for the most part.

FiveThirtyEight gives them the best chance of winning the Champions League at 36 percent, which is a huge margin over the rest of the pack. But the two things in their way are the same two things that always stop them from making that last step: pure luck and Pep Guardiola’s unnecessary tinkering with a winning formula.

One of those is solvable, the other is not.