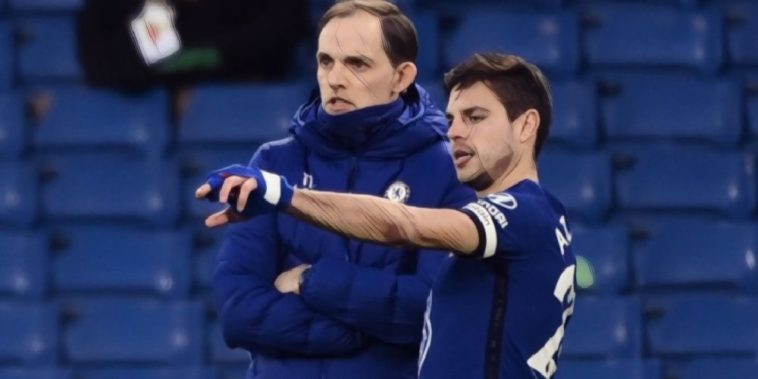 It’s now 14 games without defeat for Chelsea, whilst the change to a back three under the former Paris Saint-Germain coach has led to an incredible defensive improvement, keeping 12 clean sheets during that undefeated sequence.

We’ve decided to look at how Chelsea’s defensive record compares to the side’s across Europe’s major leagues.

Here are the five sides to have conceded the fewest goals since Tuchel’s appointment.

Struggling for much of the season in the Bundesliga, the appearance of Mainz on this list may come as a surprise given their lowly position in Germany’s top tier.

After winning just one of their opening 17 games of the season, Bo Svensson’s side have since enjoyed a remarkable renaissance to win five of their last nine, including securing victories over RB Leipzig and Borussia Monchengladbach.

An improved defensive record has contributed to that upturn in results, keeping clean sheets in wins over both Union Berlin and Freiburg, alongside a goalless draw with Schalke.

Osasuna are amongst the lowest scoring sides in Spanish football this season with only Getafe and Eibar having netted fewer, the La Liga outfit fortunate to have a defence that has managed to help keep the club out of relegation troubles.

Jagoba Arrasate’s side currently sit 13th in the division, having bounced back from a nightmare mid-season run of 13 games without a win which had threatened the club’s top-flight status.

Osasuna have kept four clean sheets in their past six fixtures, with only Barcelona and Sevilla having breached their backline in that time, the club having conceded only six goals in nine fixtures since Tuchel’s arrival at Stamford Bridge.

Wolfsburg are bidding to return to former glories this season and currently sit third in the Bundesliga, Die Wölfe currently in a strong possession to secure Champions League qualification.

Key to their success has been a water-tight defence that has conceded just 22 goals in 28 league games, the second-best record in the division behind only RB Leipzig.

Goalkeeper Koen Casteels has helped the side to 12 clean sheets this season, the 28-year-old boasting the best save percentage in the division amongst all Bundesliga goalkeepers.

Wolfsburg have conceded just five goals in their past 10 fixtures in all competitions, whilst they have won eight of their past 10 league games.

Ranked second alongside Wolfsburg are Inter Milan, who look set to secure a first league title in more than a decade under the guidance of former Chelsea manager Antonio Conte.

Inter finished as runners-up by just a single point last term but have opened up a six-point lead at the summit with a game in hand on nearest challengers AC Milan, the Nerazzurri boasting the division’s second-best defence with just 26 goals conceded from 27 games.

Conte’s preferred back three and wing-back system has made Inter the league’s best side at present, winning eight consecutive Serie A fixtures to edge closer to the Scudetto.

Inter have conceded only five goals from their 10 fixtures since Tuchel’s arrival at Chelsea, their defensive solidity looking set to result in silverware at the season’s end.

Chelsea have been European football’s best side defensively since Tuchel’s arrival at head coach, keeping 12 clean sheets from 14 fixtures across all competitions.

The west London side have conceded just two goals during that time, sitting top of these rankings despite playing at least four more games than any other side listed.

Southampton’s Takumi Minamino is the only opposition player to have netted against the Blues since the German’s appointment as manager, with Antonio Rudiger’s own goal the only other blemish on an otherwise flawless record.

Rudiger is one of several players to have come back into the side under the new management, impressing in a back three system alongside the likes of Andreas Christensen and Cesar Azpilicueta.

The club’s defensive strength has seen Chelsea move into the Premier League’s top four, alongside reaching the semi-finals and quarter-finals of the FA Cup and Champions League respectively.