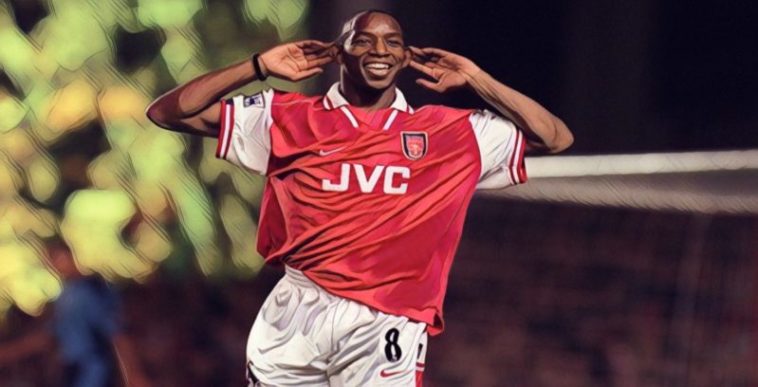 Arsenal travel to face West Ham this weekend in a huge Premier League clash at the London Stadium, as the two capital rivals go head-to-head.

Arsenal have stabilised following a woeful start under Mikel Arteta and have climbed into the top four, whilst the Hammers have enjoyed another season of progression under David Moyes.

Ahead of the clash we’ve decided to look at the players to pull on both club’s colours, here are five of the best players to play for both Arsenal and West Ham:

Nigel Winterburn spent more than a decade with Arsenal after signing from Wimbledon, forming part of the club’s iconic back four that is still so highly revered in English football today.

The full-back – alongside Tony Adams, Steve Bould and Lee Dixon – formed the bedrock of a side that would enjoy huge success in the late eighties and early nineties, winning two league titles under George Graham, alongside an unprecedented domestic cup double in 1992/93 and a UEFA Cup Winners’ Cup triumph the following season.

Winterburn remained a key presence following the arrival of Arsene Wenger in north London in the mid-nineties, forming part of the Gunners’ domestic double-winning vintage of 1997/98 as the Frenchman’s managerial reign began in style.

The left-back’s quality and consistency saw him make a huge 586 appearances in all competitions, the fifth-highest figure in the club’s history, before choosing to extend his career by signing for West Ham at the age of 36.

Winterburn spent three seasons with the Hammers and made 94 appearances in all competitions, scoring once.

One of the great goalscorers of the Premier League era, Ian Wright was a talismanic figure for Arsenal at the height of his career, a forward who scored prolifically to cement himself as a cult figure in North London.

Wright signed for the Gunners in a club-record deal in 1991 after starring for Crystal Palace, scoring a hat-trick on his league debut against Southampton and finishing his maiden campaign as the division’s leading scorer.

The goals continued to flow as the Premier League was launched in the early nineties, Wright scoring 30+ goals in all competitions in three consecutive campaigns, helping Arsenal to FA Cup, League Cup and UEFA Cup Winners’ Cup success.

Wright’s prolific goal record saw him become the Gunner’s greatest-ever goalscorer with 185 goals in all competitions, a landmark only since bettered by Thierry Henry.

The forward’s final season saw him help Arsenal to a domestic double in 1997/98, before moving on to West Ham where he scored nine times across 25 appearances in all competitions.

Davor Suker’s career in the Premier League never have truly hit the heights expected, but the Croatian forward makes this list following a stellar spell at the summit of the game.

Suker signed for Arsenal from Real Madrid in 1999 as Nicolas Anelka moved in the opposite direction, the 31-year-old joining a list of attacking options that included Dennis Bergkamp and fellow new arrival Thierry Henry.

🗓️ January 15, 2000: Davor Suker 🇭🇷 does this against Sunderland… pic.twitter.com/lK3OiHrDZk

The success of the latter restricted the forward’s minutes but he showcased his goal threat amid limited opportunity, scoring eight goals in just eight league starts for the north London side.

Suker’s debut season saw him miss a penalty in the UEFA Cup final defeat to Galatasaray, and in search of regular first-team football he moved on to West Ham after just a single season.

The cross-capital switch failed to have the desired effect, however, as he scored just twice in 11 appearances before joining 1860 Munich, a disappointing contribution from a player who counts a World Cup Golden Boot and runners-up finish in the Ballon d’Or amongst his honours.

Suker’s spell in England retains a sense of what might have been, a six-time Croatian Player of the Year who scored 45 goals in just 69 international caps for his nation.

Freddie Ljungberg signed for Arsenal as an unknown from Swedish football before becoming one of the club’s most popular players of the modern era, the goalscoring midfielder an integral part of the Gunners’ greatest triumphs of the early 2000s.

Ljungberg’s finest season came during the 2001/02 campaign as he scored 17 goals in all competitions from a position wide on the right, including a stunning effort as Chelsea were beaten in the FA Cup final in Cardiff.

His performances saw him named as the Premier League’s Player of the Season as Arsenal won a domestic double, before remaining a pivotal figure as the Gunners completed a historic unbeaten season to win the title once more two seasons later.

Injuries impacted his influence in the following seasons before being allowed to depart for West Ham, where he struggled for form and fitness during a 16-month spell with the Hammers.

Another on this list to have played their best football primarily at Arsenal, but a fine footballer at the peak of his powers.

Jack Wilshere was once billed as the great hope of English football, the midfielder having burst onto the scene as a talented teenager at Arsenal.

Wilshere became Arsenal’s youngest-ever league debutant when making his Premier League bow as a 16-year-old, the academy graduate shooting to greater prominence during a starring 2010/11 season that saw him named as the PFA Young Player of the Year.

Wilshere was a player so rarely produced in England at that time with his touch and technique of continental style, though suffered the first of several serious ankle issues in pre-season in 2011 and missed the entirety of the following campaign.

That injury proved to be the start of a career plagued with fitness issues and despite bright moments, including twice winning the FA Cup and two Goal of the Season accolades, the youthful promise failed to be fulfilled.

Wilshere made 197 appearances for the Gunners over a decade period in the first team, before signing for West Ham on a free transfer – the club he had supported as a child.

Familiar issues soon flared at the London Stadium, however, and Wilshere left the club by mutual consent after just 19 appearances across three seasons.