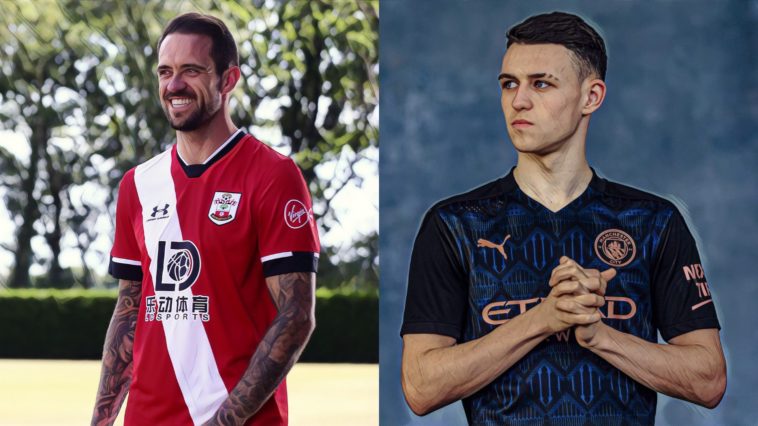 We don’t have to wait very long for the new season to arrive and with that comes a host of excellent new jerseys for us to feast our eyes on.

Here are some of the best ones already confirmed for the 2020/21 Premier League campaign, and we will add more when they are announced.

Adidas have not missed a beat since returning to Arsenal and their latest design continues that trend. Sporting a two-tone chevron design on the front and a simple crew neck collar, this one will fly off the shelves. The official press release says the top pays tribute to Arsenal’s geometric crest which the club used from 1936–1949, the chevron graphic on the home jersey is inspired by the ‘A’ within.”

The new home kit from adidas x The Arsenal

I wasn’t convinced by this one at first, but on reflection the new Brighton home jersey is a winner. The pinstripe design is tidy and slick, and I’m a sucker for a classic collar.

It’s great to have Hummel back in the English top flight and they’ve proven their worth with this Everton kit, even if you could swap the logo with a Rangers crest and not notice the difference.

Everton's home kit for next season has landed ? pic.twitter.com/ldqfEf7yLy

Man City – Home and away

Puma added an interesting twist to Manchester City‘s home kit last season by incorporating purple into the design, but this season they’ve gone back to the classic sky blue and white. The details are much different, however, as they created this unique mosaic look.

It’s a direct reference to Manchester’s North Quarter, which hosts a series of mosaics from artist Mark Kennedy. The club says the pattern “pays homage to a city brimming with football and creativity.”

A tribute to our City ?

Their away kit is even more eye catching, using black and dark denim as the primary colours and takes inspiration from local architecture. “The new away jersey features a striking all-over pattern inspired by Castlefield and the Bridgewater canal, an area symbolic of Manchester’s past, present and future,” revealed Puma.

Taking the City with us ?

This might be my favourite of the lot. From socks to shirt, this kit is just brilliant and we look forward to seeing Sheffield United playing in it.

Last season Under Armour produced the very worst set of kits when they came up with the designs for Southampton. They’ve fully made up or it, though, with a classy set of jerseys for the Saints in 2020/21.

What I love about Southampton is that they are not afraid to change it up from the traditional stripes every now and again, sometimes going down a completely different avenue. With their latest effort they’ve gone for a sash, a nod to their roots and the first kit they sported in 1885.

Kitted out for Sunday ?

The away kit returns to the classic blue and yellow, but the third kit is another homage to the past, with the colours from the primary kit basically inverted. It’s very reminiscent of Argentine outfit River Plate and Rayo Vallecano of Spain.

Shame they will never really wear it ? pic.twitter.com/Zd0goG4sUw

Sleek, simple, vintage. Umbro turned back the clock for this season’s West Ham United home kit and they knocked it out of the park. You can also buy it without the betting sponsor, which looks all the better.

Adidas have gone back to a classic late eighties, early nineties (a whiff of Netherlands ’88) jersey for their latest Wolves effort and it looks fantastic in amber. While torso is great, the black sleeves detract somewhat. It would have looked a lot better all one colour with the three stripes running down the arms.

Has anyone ordered the new kit yet? ?

Reply with a ☝️ if you have! pic.twitter.com/mVmcmn1Pxt

Read: Our Premier League team of the year for the 2019/20 season

See Also: The maddest moments of the 2019/20 Premier League season