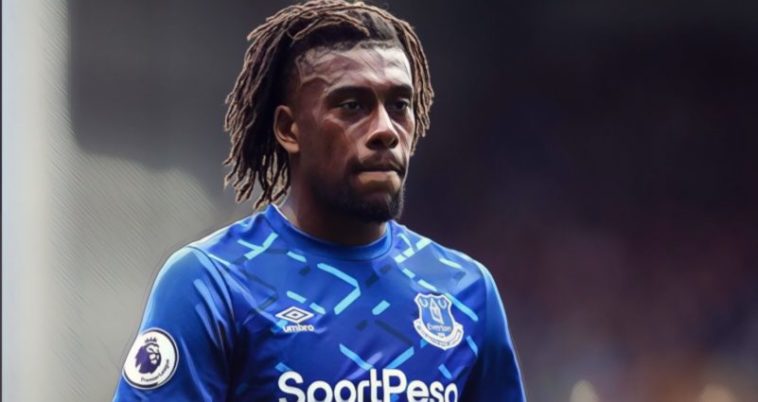 There can be no underestimating the importance of recruitment to Premier League managers with England’s top clubs spending more money than ever before, the recently concluded 2019/20 season seeing top flight sides splash a mammoth £1.4billion on new talent.

Big money does not necessarily guarantee a big impact, however, and whilst there were many success stories when it came to signings – including the likes of Manchester United’s mid-season purchase of Bruno Fernandes and Southampton’s acquisition of Danny Ings – there were plenty who flattered to deceive upon their arrivals at Premier League clubs.

As the rumour mill begins to heat up ahead of another frenzy of transfer activity this time around, we’ve decided to look at five of the worst Premier League signings from last summer’s transfer window:

Newcastle’s success-starved fans have had to wait a long time for expensive acquisitions under the unpopular ownership of the much-maligned Mike Ashley, but after waiting more than a decade to break their transfer-record the Magpies twice shattered it within the space of months.

Miguel Almiron – whose initial toils were well-documented – arrived in January 2019 before the summer arrival of Brazilian forward Joelinton from Hoffenheim last summer, the latter costing an eyebrow-raising £40m from the Bundesliga side.

The 23-year-old had shown promise in German football but has struggled badly in a Newcastle side which has not utilised his talents to the best of their abilities. Joelinton has cut an isolated figure as a lone frontman in a side tasked with actively sitting deep and backing off their opposition, a far cry from his Hoffenheim days where he played in a two-man attack – often as the deeper lying and creative forward – in a side which pressed high up the pitch under now RB Leipzig boss Julian Nagelsmann.

The result has seen the marquee arrival score just two Premier League goals for the season with a further two in cup competition against League One sides Rochdale and Oxford respectively, Joelinton enduring a difficult debut season in Newcastle’s hallowed number nine shirt once worn by the likes of Les Ferdinand and Alan Shearer.

Newcastle are believed to be in the market for forward additions and it remains to be seen whether any new arrivals come in as a partner or replacement for Joelinton, who will certainly hope to improve on a disappointing and confidence-denting debut campaign at St James’ Park.

There were many who felt Everton‘s expensive summer of recruitment could see the club push towards the top six this season, but the Merseyside club’s lavish spending delivered very little return in a hugely underwhelming campaign at Goodison Park.

Whilst arrivals such as Moise Kean and Fabian Delph failed to have the desired impact, the big-money acquisition of Alex Iwobi ranks firmly amongst the worst pieces of business of the 2019/20 campaign.

The deadline day arrival of the Nigeria international in an inflated deal from Arsenal looked like a desperate purchase following a failed pursuit of Crystal Palace’s Wilfried Zaha, and it is a transfer the club’s hierarchy must look on with regret.

The 24-year-old has scored just once and failed to provide a single assist in 25 Premier League appearances this term, a paltry total for a player tasked with providing creativity to the Everton side.

Iwobi’s signing was another example of a transfer policy lacking any form of direction at Everton, the club having the fourth-highest net spend in the Premier League over the past five seasons with little to show for their return – their huge investment considerably more than the likes of Chelsea, Tottenham and Liverpool.

Another club-record signing who produced a hugely underwhelming debut campaign in the Premier League, the arrival of Tanguy Ndombele at Tottenham was viewed as a major coup by the north London side, with the midfielder having been tracked by Europe’s elite following a series of impressive performances at Lyon.

The France international began with a stunning debut goal against Aston Villa but that would prove as good as it got for the 23-year-old throughout the campaign, Ndombele struggling for both form and fitness and coming under fierce criticism following a change in management at the Tottenham Hotspur Stadium.

Jose Mourinho’s arrival as Mauricio Pochettino’s successor in November has seen Ndombele struggle to win favour, the midfielder hauled at half-time during a draw with Burnley with Mourinho public in his criticism of the star’s application and fitness.

The youngster has shown flashes of his huge potential but he must improve his work-rate off the ball in order to be a success in English football, just two substitute appearances following the Premier League’s restart an indication of his current status amongst Mourinho’s options.

Spurs are reportedly prepared to be patient with a player who has been linked with both Inter Milan and Barcelona, though Ndombele will have to put in the hard yards over pre-season to convince Mourinho he can be a major part of his rebuild.

The Brazilian was brought in as an experienced figure at the heart of a backline which rarely looks secure, but his erratic displays have further added to a defensive line-up which has long proven the Gunners’ Achilles heel.

No player has ever conceded more penalties in a single season than Luiz’s five this term, his more assured performances so often followed by displays of complete capitulation. The veteran has been handed a new one-year deal and is believed to be a popular figure in the dressing room and with the north London side’s younger players, but Arsenal fans will be hoping Luiz features less regularly next season as Mikel Arteta bids to build a spine capable of challenging for major honours

Danny Drinkwater’s moves to Burnley and Aston Villa respectively may have only been temporary arrangements, but the midfielder’s inability to make any form of impression at two different Premier League sides in the same season earns him a deserved inclusion on this list of footballing flops.

Drinkwater’s career has suffered an incredible downturn since helping Leicester claim an improbable Premier League title triumph four years ago, a big-money move to Chelsea failing to take the thrice-capped England international to the next level.

After failing to make an impact at Stamford Bridge, Drinkwater joined Burnley on a season-long loan deal last summer but he made just two appearances as injuries ruined his spell with the Clarets, the 30-year-old ruled out for several weeks after suffering an ankle injury during an incident outside a Manchester night club.

Aston Villa were next to gamble on the player and secured his signing in the January transfer window, but he fared little better at the Premier League strugglers and made just four appearances before returning to Chelsea, his spell including being told to leave training following an altercation with teammate Jota.

Drinkwater returns to Chelsea this summer with his career at a crossroads and in danger of petering out, it remains to be seen whether any side is willing to gamble on a player who has made just five Premier League appearances in two seasons and is on a lucrative contract in west London.

Read Also – Our Premier League team of the year for the 2019/20 season: Who makes the cut?