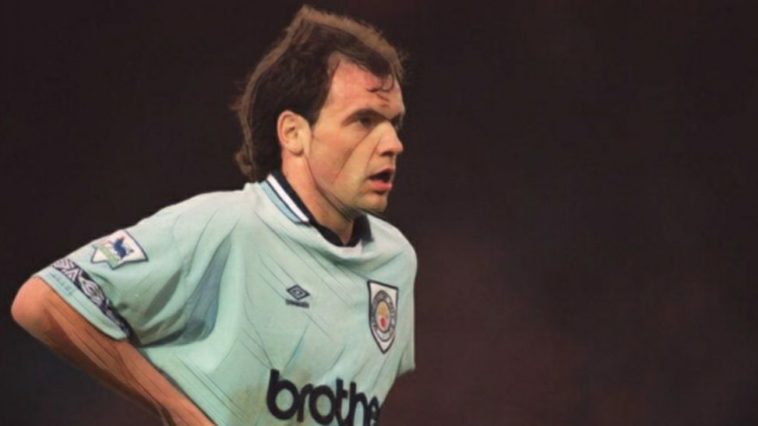 Back “when we were shit”, as the chant goes, Man City had a few cult heroes who were adored during the rough times before oil money transformed the club into a mega successful organisation. Alongside the likes of Georgi Kinkladze and Niall Quinn, Uwe Rosler was one of them.

The striker grew up in the Communist state East Germany and the Berlin Wall came down during his career. Despite having difficulty adjusting to life in the reunited Germany, he took to the Premier League like a duck to water upon making the move to Maine Road in 1994.

Rosler ended up scoring 64 goals in 176 appearances for City over four years, before moving to FC Kaiserslautern in 1998. He later played for Southampton and West Bromwich Albion before going into management, taking charge of Brentford, Wigan Athletic and Leeds United among others.

In this episode of the 90’s football Hall of Fame podcast, Ste McGovern is joined by Peter Henry and freelance football writer and Man City supporter Ste Tudor to discuss Rosler’s career, why he’s so highly regarded among the City faithful to this day, and his famous goals against Manchester United.

We also discuss the differences between supporting City back then and now, the mullet he once sported on his now bald head, and the famous t-shirt that claimed his grandad bombed Old Trafford.