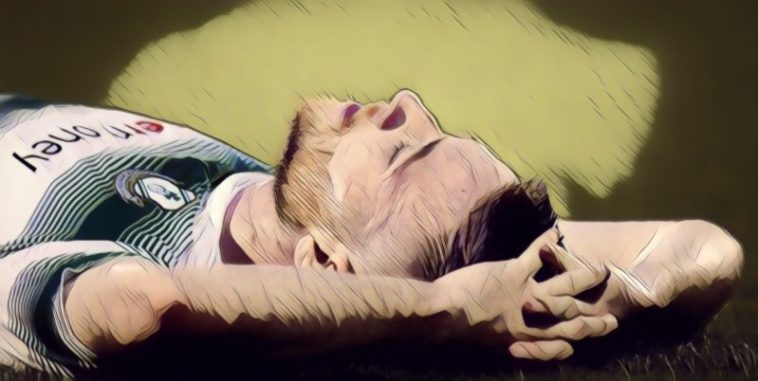 Three observations from Gameweek 24 of the League of Ireland, including Shamrock Rovers continued inability to find the back of the net, Derry City are still the kings of the late equaliser, and UCD are still in the fight for survival.

We are entering the final third of the SSE Airtricity League season, so every point matters just that little bit more as teams fight it out for the title, European places and their very survival in the top flight.

Soon though, all eyes will be on Europe, as four of Ireland’s top clubs will enter into battle with sides from Latvia, Luxembourg, Norway, and Sweden. We will have previews of the opposition they’ll be facing in the Uefa Champions League and Europa League in the next week, so make sure to return for those insights in the coming days.

Three observations from Gameweek 24 of the League of Ireland:

Rovers fail to take advantage of goal opportunities yet again

Shamrock Rovers’ need for a striker has been well documented during this campaign, and so they went out and got one. Judging by their latest result, however, they might still be on the lookout for one.

The title challengers could only get a scoreless draw against sixth-placed Sligo Rovers at home, meaning the Tallaght outfit failed to take advantage of Dundalk dropping points to Derry City. Their deficit to the top of the table remains at eight points.

The stalemate continued Rovers’ poverty of goals in recent times; in the last five league fixtures, they have scored just four times, and have been held scoreless twice. They have won just once in that run, sending their title ambitions off the rails.

To be fair to the Hoops, it wasn’t as if they weren’t creating chances against the other Rovers. Sean Kavanagh missed an open goal after 19 minutes, while Graham Cummins — newly signed from Cork City — had a few glorious opportunities to open his account for his new club, but spurned them.

With the likes of Jack Byrne and Greg Bolger in their ranks, creativity is not a problem for the Dublin side. But being clinical with the amount of chances they have is. They’ve scored a more than respectable 35 goals in 24 games, although Dundalk have found the net 46 times, which is just under two a game. Considering both clubs have a very similar defensive record, the attack is the one clear difference between being a champion and a runner-up.

Dundalk looked to have taken three precious points away from the Brandywell on Friday night, which would have extended their lead at the top of the table to ten, after Pat Hoban scored a bullet of a diving header to give the Louth outfit a 2-1 lead in the 90th minute.

Junior Ogedi-Uzokwe, one of the side’s top performers this season, popped up to score his seventh goal of the campaign from a corner. His header somehow made its way through a mass of defenders before ending in the net, securing a point for the Candystripes in the process.

As this column noted a month ago, Derry have a knack of scoring late in games. Junior’s was the fourth such goal they’ve scored in extra-time of a league fixture, with nine of their 36 scores coming in the 80th minute or later. They ain’t dead until they dead.

On top of that, the northern club are prolific goalscorers, with their tally being the second highest in the Premier Division up to now. Only Dundalk (46) have scored more.

Read: Junior’s dramatic equaliser and the League of Ireland Weekly Awards for Gameweek 24

UCD not dead yet

Up until Friday evening, it would have been very easy to fill some column inches by pronouncing the death of UCD AFC’s Premier Division campaign. This writer had not done so, but then again that doesn’t mean I would not have done in order to reach a word count.

Before this past weekend, UCD were spiralling backs towards the second tier; they had been on an unfathomable 11-game losing run, bookended by a depressing 5-1 loss to Sligo Rovers last Monday. During this time an exodus had also occurred at the club; six players left in a short period of time, including key man Neil Farrugia to Shamrock Rovers, while Liam Scales is expected to leave in the near future too.

It painted a grim picture for the Students, who had only gained ten points from 25 games, as they looked increasingly likely to occupy the automatic relegation spot. Then Finn Harps came to town.

After just eight minutes UCD took the lead through Jason McClelland and didn’t let go. The 1-0 win did not propel them off the foot of the table, but it did bring them within one point of the Donegal outfit. Failure to win would surely have been the nail in the coffin for the season.

Harps themselves have struggled this campaign, winning just three games out of 25. Typical of an Ollie Horgan side, they displayed resilience in recent months, eeking out results such as their win over Sligo and draw with Cork, to keep them in contention to stay up.

There can be no doubt that its a two-way fight in the relegation zone, with just one point separating UCD and Harps, but nine points between them and the next nearest team. The Dublin outfit have three games in hand however, which could tilt things in their favour.

In any case, it’s far too early to count them out just yet.