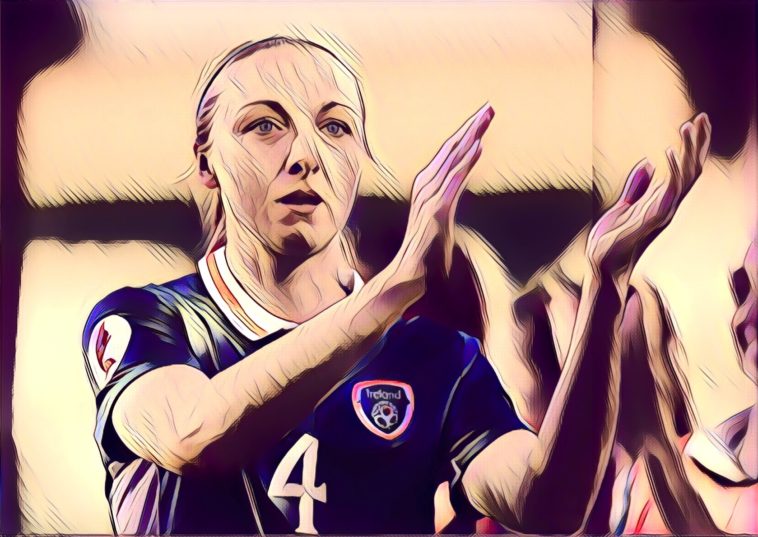 Huge strides are being made in women’s football, but have the FAI already missed the boat to capitalise on the success of the World Cup for the betterment of Irish football?

The Women’s World Cup comes to a conclusion this weekend. Sweden have claimed third place after their 2-1 win over England in the playoff on Saturday, while the United States attempt to retain their crown against the Netherlands later today. Whatever the end result, one thing can be said for sure: this tournament has been a resounding success for the sport.

The football has been of a high quality, the games have been exciting and the television viewership has been breaking all sorts of records. As this piece by Susie Rants for SB Nation illustrates, viewing records have been broken the world over. Ratings for FOX Sports have increased ratings from four years ago, despite the time difference with this year’s host France being less favourable for American audiences.

England’s opener against Scotland was aired live on the BBC and instantly became the most-watched women’s football match in Britain ever. That record has been broken each time they’ve played in this competition, culminating in a massive 7.6 million people watching the Lionesses lose 2-1 to the Americans in the semi-final. An English side reaching a first World Cup final since 1966 would surely have had the potential to double that figure.

Here in Ireland, every game of the tournament has been televised live for the first time ever, with RTE and TG4 sharing the broadcasting rights. By all accounts it has been a success here too, with the England vs USA semi-final taking just under 20% of the market share that evening.

This is all good for women’s football, and football in general I might add. Any signs of the game growing, considering how much it saturates our daily lives, can only be viewed upon with a positive light. Although I have always been of the belief that women’s football doesn’t need to garner massive TV audiences and generate loads of interest just to prove it deserves greater recognition, treatment or investment, this World Cup is surely shutting down some of the arguments against the game being treated more equally.

While it’s not going to reach the heights of the men’s version just yet, women’s football is only going to grow and the players will hopefully reap the benefits of that. Fifa President Gianni Infantino even said that he plans on doubling investment to $1bn and expanding the World Cup to 32 teams.

The giant leaps being made elsewhere would make you weep as an Irish fan, however, as the country is not in a position to take advantage of these advancements. Just last week Colin Bell, the manager of the national team, announced he would be stepping down from his role with immediate effect. This came after the FAI failed to give him assurances about growing the game in Ireland.

“The women’s national team has come on in leaps and bounds, but still, I was a little bit frustrated that work on the actual structures of underage football and the Women’s National League was going too slow, and I think I had a good plan in place to improve that,” Bell told RTE following his resignation.

“I was told, basically, that things would carry on as they were to start off with, and then we’d see what happened, but that wasn’t good enough for me. I want progression at every level, and I think I would have been able to really, really grow the game.”

It’s telling that Bell’s source of frustration came not from how much he was being paid, but the association’s attitude to the development of the sport on all levels. Most senior coaches are concerned with winning in the present, but the Englishman was passionate about building from the ground up. That makes his exit to Huddersfield all the more heart rendering.

It very much tallies with what you would expect from the FAI though, who are almost always behind the eight ball on these things. The short-sightedness which has held back the men’s game in this country is also a blight on the opposite gender. We’re not far removed from the side having to threaten to go on strike just so they could have their own tracksuits and gym memberships.

While the USWNT is currently fighting for greater parity in pay, the Irish team were looking for the bare minimum. On top of that there is next to no coverage of the domestic scene in the mainstream media aside from the FAI Senior Cup final, while the WNL is never featured on television aside from the odd highlight shown on Soccer Republic every once in a while (again, the cup showpiece event being the exception).

Looking at the strides that Ladies Football and Camogie has made in Gaelic games, one can’t help but feel football’s governing body in the country has let the sport down big time by not building it up to something that garners even a modicum of attention.

The most frustrating aspect of all this is that it doesn’t actually take a huge financial investment to make big gains like it does in the men’s game. Your money can go a lot further, exemplified by USA’s repeated success over the last three decades.

England has improved manifold over the last decade, resulting in consecutive World Cup semi-final appearances, thanks to the increasing levels of professionalism across the board. Manchester City and Chelsea have brought themselves up to the standard Arsenal have been setting for years, while Manchester United finally established a women’s team last year.

Italy — which had a vibrant ladies football scene until the federation took over the running of the game in the eighties, ironically — have created a strong national team from a improving league that has seen many of the major clubs amalgamate with local women’s teams. Spain, too, has improved greatly, with record attendances recorded last season, while Real Madrid have gotten involved too and will have a top flight side in the next campaign.

When one looks at the shakeup of the final eight nations in this year’s World Cup, it doesn’t take very long at all to notice that Europe dominated the competition; seven of the eight teams were from the continent, with the US being the odd ones out.

Countries like Germany, Sweden and Norway have taken women’s football more seriously than most for quite a while now, but some of the others have only increased their support in more recent times. Before 2015, Netherlands had never qualified for a World Cup. They are now the reigning European champions about to compete in their first World Cup final, demonstrating what kind of leaps can be made in a short space of time.

Luck plays its part in having so many nations from one continent doing so well, but no one could argue those teams didn’t deserve to get as far as they did. They have overtaken the African and South American countries, who have been largely neglected by their own federations. In this context, it’s astonishing how well Argentina and Brazil performed, especially since they are at the hands of two of the most historically corrupt federations on this planet. When money is siphoned out of the sport to satisfy the greed of football-crats, it is the grassroots and female footballers who lose out.

Ireland is not without talented players, such as Stephanie Roche and Arsenal‘s Katie McCabe, who just missed out on qualification because they had the misfortune of drawing the Dutch as second seeds. Many viewers have praised Louise Quinn for her analysis on RTE this past month, but how many will watch her and her colleagues play in person?

My fear is that it is already too late to capitalise on the success and feelgood factor of the Women’s World Cup. While the standard of leagues elsewhere is constantly improving, Ireland is lagging way behind. Without proper investment, that won’t change any time soon.

See Also: Nine up-and-coming Irish coaches with big futures ahead of them