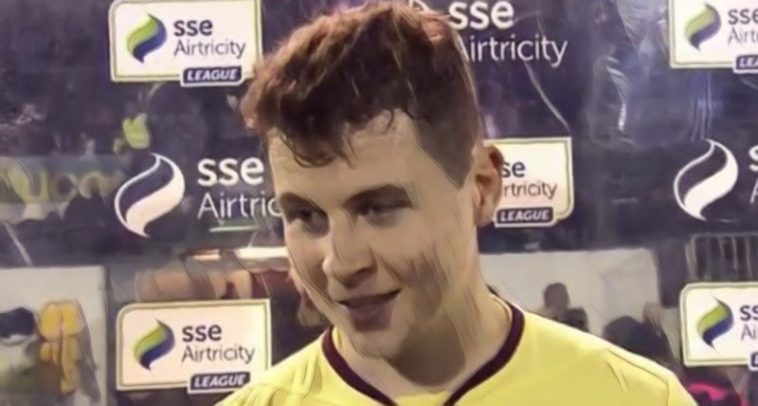 After yet another exciting round of League of Ireland action, it’s time to see which players performed well enough to make it into The Football Faithful LOI Team of the Week.

A quite brilliant performance against a Shamrock Rovers side who ended up with Aaron Greene, Dan Carr and new signing Graham Cummins on the pitch. But there was no way past the Sligo stopper on the night who made a string of top saves and dominated his area.

A mention for our 19-year-old goalkeeper Ed McGinty. As our number one goalkeeper at such a young age he showed incredible maturity and class tonight ?⚪️ pic.twitter.com/5PxtczVDBJ

The Saints skipper put in a top performance as the race for a European spot really heats up. With dropped points from Derry and Bohs, it turned into a massive win on the road at Waterford, as Harry Kenny’s men go into their European adventure in confident mood.

This is what it means! Players, fans, away wins, sweet! #Saints2019 ?⚪️⚽️ pic.twitter.com/Enzypp39si

Arguably the best right back in the league and will feature in this slot a few more times before the end of the season. Rampaging runs down the right and providing a creative spark for his side but could only manage a draw away at Derry City.

Along with McGinty, put in an outstanding shift as his side were pretty much under the cosh for the full 90+ mins. Made one of the blocks of the season to deny a Jack Byrne volley, who had the goal at his mercy, throwing himself through the air to deflect wide.

Due to a ridiculous injury list, mostly at the centre back spot, Ireland under-21 International Leahy has been forced to fill in as an emergency centre back. Has looked really composed and comfortable, keeping a clean sheet away at Turners cross. A vital block on Karl Sheppard late on as the home side chased a winner, ensured a point was taken back to Dublin.

Sent the home fans delirious with his 94th minute equaliser against the reigning Champions, just as it looked like all three points were heading back to Oriol Park. Who knows how valuable the point will be come the end of the season in the race for Europe.

Like a broken record at this stage but, again, was different class. Everything good and creative for Rovers goes through Byrne. A joy to watch.

Instrumental in his sides huge victory away at Waterford and his wonder goal is enough to challenge Danny Mandroiu in the goal of the season stakes. Showed signs of the quality that had him in the ranks of “next big thing” of Irish football.

ICYMI Last night our first goal of the 2-1 win over Waterford was this Goal of the Season contender from @conorclifford91 pic.twitter.com/O1ujcdDbOt

Technically not a centre mid, but goals don’t come much bigger than this as the battle at the bottom is not as cut and dry as some may think following UCD’s dramatic and crucial 1-0 victory at home to fellow strugglers Finn Harps. McLelland’s sweetly taken strike after eight minutes was enough for the three points, and in doing so ending an 11 game winless run.

8 – Big early goal at the UCD Bowl as Jason McClelland opens the scoring for the bottom club!#GreatestLeagueInTheWorld #LOI pic.twitter.com/TcjL7PTuIa

Really good performance from the ex-Bray winger who broke the deadlock at the RSC Grounds and maybe didn’t deserve to be on the losing side. Fine finish from the corner of the area from about 20 yards.

Maybe a bit harsh on Georgie Kelly, but Parkhouse gets the nod. Has recently extended his loan from Sheffield United until the end of the season, and set his side on their way with a cool-as-you-like finish past the excellent Gary Rogers. It’s been a busy week, trips to Cork and Dublin, for the hard working front man, but goals against last seasons top two in the space of a week earns his place up front!

Done well to pull back for a point last night, delighted to get a goal ❤️ #neversaydie pic.twitter.com/Xhk1IutgbP