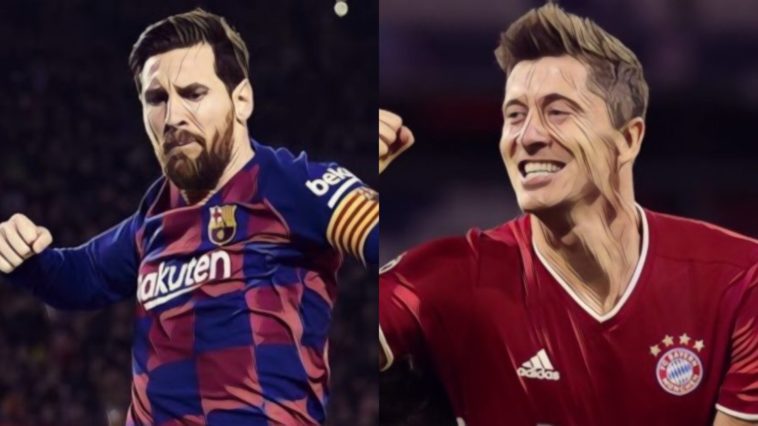 The last eight of the Champions League is here, but not as we know it. The quarter- and semi-finals will be one-off knockout ties, all to be played in Lisbon, Portugal, making the business end of the tournament all the more unpredictable.

With some juicy ties set for this week, we try and sort out the wheat from the chaff with our Uefa Champions League rankings. Who will emerge as number one?

Our Uefa Champions League rankings of the last eight:

It feels harsh to place Lyon dead last given how well they have done just to get to this stage, but there is no doubt that they have the weakest squad of the final eight clubs remaining.

For the first time since 2015 two French teams have reached the Champions League quarter-finals, only the fourth time that has ever happened. Lyon were involved on three of those occasions, the last of which came in 2008 when they faced fellow Ligue 1 side Bordeaux.

In order to replicate their semi-final appearance from that season they will have to beat Manchester City, one of the hardest possible draws they could have gotten. Les Gones have never lost to City before, however, earning a win and a draw when the two teams were paired in the same Champions League group in 2018/19, and their win over Juventus should have everyone on alert.

The most pointless Premier League transfers of the 2019/20 season

You would think that a team just coming off the back of a domestic treble would be in a good place to challenge in Europe, but as ever with PSG it’s hard to know where they stand.

Other than a few friendlies, the Parisians have played just two competitive matches since March, winning both cup finals but only scoring one goal. The most relevant outcome from those matches, however, was the untimely ankle injury to Kylian Mbappé, which was reportedly going to keep him out for three weeks.

Recent reports suggest their star attacker might return in time to face Atalanta, but even if he doesn’t, they still possess the most talented squad on their side of the draw. With a kinder route to the final, this could finally be their year, but the same problems persist with PSG; can they turn it on when it matters most?

Given their European pedigree over the last decade, Atletico Madrid would usually be a little higher up this list, but they are coming off the back of a mediocre domestic campaign by their standards; they finished third with the lowest points accrued (70) and goals scored (57) in eight years.

Los Colchoneros only conceded 27 goals, the second best defensive record In La Liga behind Real Madrid, but are essentially set up tactically to create one, maybe two good chances a game and hopefully score them. It’s a high wire act and is also the reason they draw so many matches – their 16 draws was the joint-most in the Primera Division.

That said, Atleti are built for knockout football, as evidenced by their elimination of Liverpool in the last round. The teams they will have to face to reach the final are tricky, but they won’t hold any fear of them.

Teams that should have won the Champions League: mid-2010’s Atletico Madrid

One of the most exciting and dynamic teams to emerge in Europe this year has been Julian Nagelsmann’s RasenBallsport Leipzig, who finished third in the Bundesliga in 2019/20.

Nagelsmann’s charges play a quick, high-pressing game that has the tendency to cut teams into pieces, as seen when they defeated Tottenham Hotspur 3-0 in the second leg of their last 16 tie. However, if they don’t score early, they tend to get frustrated by the opposition and fail to win games they should – they lead the German top tier in draws this season, tying 12 matches.

They lack the European pedigree of their counterparts at this stage of the competition, Atalanta excepted, but their quality is clear. The biggest obstacle may be the fact they will have to go without 28-goal Timo Werner, who is sitting out the rest of the Champions League campaign following his move to Chelsea. Atleti present a massive challenge for them on Thursday night.

Take away Lionel Messi and it’s no exaggeration to suggest Barcelona would be in the bottom two of our rankings. They are that bad, and he is that good.

On the face of it the Argentine genius is having a far less productive season in front of goal – his 31 goals in all competitions this season is 20 less than last season – but he is excelling in a deeper midfield role from where he has provided 23 assists in 43 appearances.

It’s not just goal contributions where he is making a huge impact, it’s, well, everything. He leads the league in dribbling, progressing the ball forwards, and both shot creating and goal creating actions by miles. The fact that he’s doing all this at the age of 33 is absolutely insane.

But he’s entirely let down by his teammates. As this writer has pointed out several times this season, Barça have become far too dependent on Messi this season, leaving all of the creativity up to him. Their squad is a mess and it will take a miracle to overcome Bayern Munich this week.

Atalanta’s rise over the past four years has been nothing short of remarkable, climbing from the point of mid-table mediocrity to becoming one of the most entertaining sides in all of Europe.

Gian Piero Gasperini has done a magnificent job with La Dea, where making the Europa League was in itself a massive achievement. The Italian has turned an unlikely bunch of players into an all-out attacking machine, scoring 98 goals in Serie A this season, the third-most of any team from the top five leagues in Europe.

Their defence is far from elite, but that rarely matters as they outscore the opposition at will more often than not. They finished third for the second consecutive campaign, but for this writer’s money they were the best team in Italy this year.

Unfortunately for Atalanta, they are missing top goalscorer Josip Ilicic, who has returned to Slovenia for personal reasons and won’t be back until next season at the earliest. His 21 goals have spearheaded their attack this season, but they are capable of scoring from any position.

Man City are in the weird position where they could finish 18 points behind the Premier League champions and be considered the best team in Europe at the same time. But that’s the kind of strange year it’s been.

Pep Guardiola’s men scored 102 goals in the Premier League this season, more than any other club in Europe’s top five leagues this season. Their attack is still as dominant and ruthless as ever, with Raheem Sterling, Sergio Aguero and Gabriel Jesus all contributing over 20 goals in all competitions.

The team’s defensive issues are well documented, although perhaps slightly overstated. Excluding the Ligue 1 teams who only played 28 league matches, City’s 0.92 goals conceded per 90 was the fifth best defensive rate in Europe’s top leagues. They have a very particular weakness, however, in that they concede a lot of good chances right down the gut, making them easy to gameplan for.

The maddest moments of the 2019/20 Premier League season

It’s a bit scary just how good this Bayern Munich team are, particularly since Hansi Flick took over from Niko Kovac as manager last November. The German manager has overseen 33 matches in all competitions, of which he has won 30 and lost just twice, giving him a win rate of 90%.

Their 100 league goals scored is only bettered by Man City, their most likely opponents in the semi-final should Bayern progress past Barcelona. Robert Lewandowski continues to age like a fine wine, scoring 54 goals so far this season, a faintly believable tally for a 31-year-old striker.

The demolition job the Bavarians did on both Spurs and Chelsea this season shows the level they are at, and if anyone has notions of lifting old mouse ears this month, they will have to go through the Bundesliga champions.