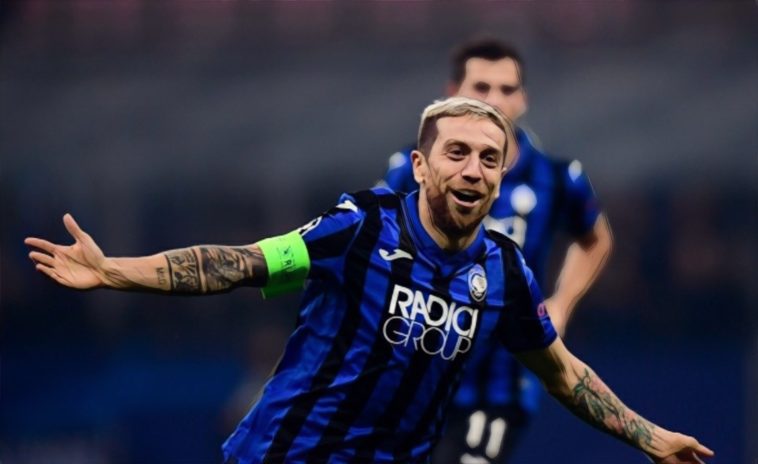 For all the talk of the Champions League becoming a closed shop, Atalanta have punched through the door of Europe’s elite and are looking to bloody the noses of a few more heavy hitters on their way to the unlikeliest of glories.

On Wednesday evening they will be taking on the might of Paris Saint-Germain, one of the richest and most star-studded teams in all of football. Hailing from Bergamo, a city with just over 120,000 inhabitants, victory would constitute one of the all-time great upsets in this competition’s grand history.

And the crazy thing about it is, they have a great chance of pulling it off. But how did this unassuming, modest club from a beautiful part of Italy get to this point, where they are embarking on the most improbable of journeys?

This campaign has been the culmination of several years of phenomenal work in which they have impressed and improved with each passing season. Three years ago they finished fourth, gaining them entry to Europe for the first time in 26 years and for only the fifth time ever.

When they finished seventh the next season, it seemed as if it might have been a flash in the pan, a once-off in their modest history. Not so, as they placed third in each of the next two seasons, finishing as the top scorers in each instance. This could no longer be considered a fluke; they were now undoubtedly one of the best teams in the country.

But it all started with the appointment of Gian Piero Gasperini as manager. A highly-regarded coach who failed at Internazionale, the 62-year-old likes to play attacking, possession-based football, but at Atalanta, he has created a wonderfully intricate setup that appears capable of going toe-to-toe with anyone.

Tactically they are one of the more complex teams around, but there are a few simple characteristics that define them. They generally line out in a 3-4-3 formation, although positions become interchangeable depending on where the ball is and who is in possession of it.

In attack they play predominantly out wide and in the half spaces, creating overloads to overwhelm defences on the wings. Their combination play in these areas is a joy to behold and highly effective.

You will often find Atalanta employing overlapping centre-backs in the attack, leaving one of the defensive midfielders, Remo Freuler or Marten De Roon, to slot into defence alongside the other two centre-backs, meaning as many as eight players (and sometimes even more) can be involved in the attack at once.

The result, of course, is goals. And lots of them. They scored 98 in Serie A, the third highest total in Europe’s top five leagues, plus another 16 in eight Champions League matches. On three occasions they have put seven goals past the opposition, and whenever they go behind there is never the fear that they won’t be able to pull it back. You score four, we score five – it’s a mentality and style of play that has made them everyone’s second favourite team.

That said, their path through the group stage was tumultuous. They were hammered 4-0 by Dinamo Zagreb, where one thing after another went wrong for them in the opening match. That was followed up with a 2-1 defeat to Shakhtar Donetsk, against whom they had the better chances, but lost thanks to a devastating last minute goal, before being mauled 5-1 by Manchester City.

The dream could have easily died there, but they bounced back with an important draw in the return fixture against City, where Kyle Walker played in nets after Claudio Bravo was sent off. Two trojan performances and six points against Shakhtar and Dinamo ensured they became just the second team ever to lose their first three group matches and progress to the last 16.

The draw for the knockout round was kind to them, fortuitously pitting them against a mediocre Valencia side who ended up finishing ninth in La Liga. Not ones to look a gift horse in the mouth, they smashed the Spaniards 4-1. The return leg summed up the madcap nature of their approach, eventually beating Valencia 4-3 in a to-and-fro encounter.

The match was played in front of an empty stadium, though, as football took a backseat to the coronavirus pandemic. As we would later find out, that first leg at the San Siro was a “super spreader” of the virus, accelerating the infection rate in both Italy and Spain. In June it was reported that Bergamo had the highest rate of excess deaths due to Covid-19 of any area in Europe – the Lombardy city experienced four times as many deaths “during March and April than would have been expected according to its past average.”

Football no longer mattered quite as much as it did just a few months previously, completely overshadowing one of the greatest achievements in the club’s history. In one way it makes their success all the more poignant, offering a source of pride and distraction in a difficult time, but it will never make up for the desolating loss of life.

Atalanta’s success is built not on securing the services of star names and big money signings, but by picking up the forgotten scraps of European football’s rejects. They are the club of second chances, giving a platform for the likes of Duvan Zapata, Luis Muriel, Josip Ilicic and former Middlesbrough man Marten De Roon to flourish.

If there was one superstar among the bunch, it would have to be Alejandro ‘Papu’ Gomez. The Argentine playmaker was picked up for a measly £4m from Metalist Kharkiv back in 2014 and has been their finest performer ever since.

The 32-year-old is the team’s primary creator, providing 58 assists since arriving at the club. Alongside the goalkeeper and a fixed centre-back, Papu is one of only three players who operates centrally. Deployed in a free role, he stitches the attacking play together masterfully.

Speaking with Italian football writer and Atalanta fan Conor Clancy on the Nostalgia Ultras podcast, he tells me that in “Papu Gomez they have a guy who could be playing for any one in Europe. He’s got the ability to play for any team in Europe. That’s no exaggeration.”

While Gomez is ever present, the club’s most important revenue stream is from player sales, in particular, turning bargain buys and underappreciated assets into profitable transfers. Bryan Cristante, for instance, was bought for £4m from Benfica in 2018 before being sold on to AS Roma the next season for over four times the price they paid for him.

That structure has been altered somewhat recently in order to maximise the team’s chances of glory. Club president Antonio Percassi turned down an offer in the region of €50m from Atletico Madrid for Zapata last summer (West Ham also had a €40m bid turned down in January of 2019), an unthinkable decision just a few short years ago.

While it’s still a major part of how they operate, the club is no longer in the position where they have to sell their best players in order to stay afloat. In fact, they might be in the healthiest financial position of any Italian football club.

Despite the wage bill increasing by almost €20m from 2019 to 2020, Atalanta’s wages to turnover ratio decreased by 3% to 47%, the lowest in Serie A. Through player sales and loans they have maximised their revenue to the point where they are the second most profitable club in the league.

With Champions League football secured for next season yet again, that position is only going to get better.

#Atalanta revenue up to €147m, including €31m from Europe (2020 accounts only up to 31 Dec 2019, so don’t include all CL money). Business model very reliant on player trading. Wage bill only €69m with lowest wages to turnover of 47% in Serie A. Second highest profit in Italy. pic.twitter.com/FnK8Y97lJk

Whatever happens this week, their long term future appears more than secure. But right now they are focused on the immediate opportunity that lies in front of them this week. Paris Saint-Germain, with their expensively assembled cast of galacticos, present a massive challenge for La Dea. Their cause is not helped by the absence of top scorer Josip Ilicic.

But it wouldn’t be Atalanta if they were overawed by a challenge. They have already proven they can be a match for just about anyone, and PSG have only played two competitive matches since March. All the while Atalanta have been getting better, perfecting the style of play that has dazzled so many neutral observers this year.

And considering PSG are serial bottlers when it comes to this stage of the competition, there’s every chance the Italians could find themselves one match away from the final. Whether it happens this week or next, their campaign will, in all likelihood, end with a devastating moral victory, playing with class and guile but ultimately culminating in heroic failure.

Defeat on Wednesday would end their campaign, but it won’t be the end of their journey. “They are at the peak of what we have seen so far, but who knows what’s to come,” says Conor. “I don’t think we’re too far from seeing them in a Scudetto race.”

Now wouldn’t that be a sight to behold?

Read: From Liam Brady to Robbie Keane, every Irishman to play in Serie A