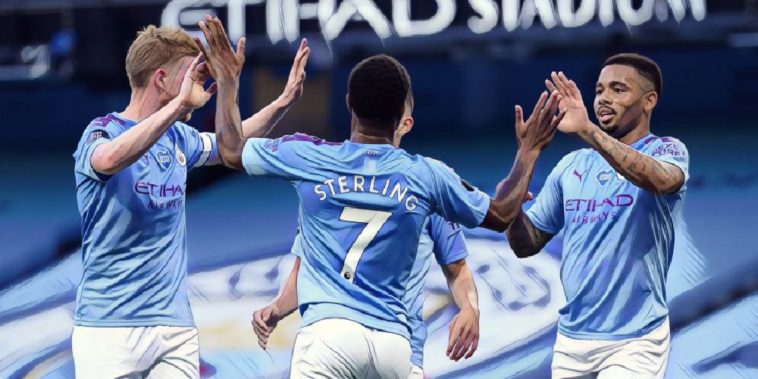 Europe’s major leagues have now reached the conclusion of their domestic campaigns and it’s been another unforgettable – if unprecedented – season on the continent.

Several of football’s finest sides have produced a series of scintillating attacking displays and we’ve decided to look back at the some of the most potent attacks in world football at present, profiling the highest scoring teams amongst Europe’s leading leagues.

Liverpool’s long, long wait for title success is finally over after the club were crowned as champions of England for the first time since 1990 this season, Jurgen Klopp’s side enjoying a remarkable campaign to secure the Premier League with a record seven games to spare.

Their domestic dominance followed on from last season’s Champions League triumph and key to their success once more was the form of their fabled front three, an attacking line-up containing Mohamed Salah, Roberto Firmino and Sadio Mane amongst the most feared in football.

That trio combined for more than half of the Reds’ total of 85 Premier League goals this season, with Salah once again the club’s top scorer having netted 19 times in England’s top tier.

Liverpool’s formidable attack was complemented by the division’s best defence, a combination which finally ended a three decade wait for title success.

Barcelona’s defence of the Spanish league title ultimately failed despite the club finishing as the leading scorers in La Liga, the Catalan club scoring 86 league goals across their 38 fixtures this season.

It was the fifth successive season that Barcelona have outscored the rest of Spain’s top tier, with Lionel Messi once again their chief attacking threat with another sensational individual campaign at the Camp Nou.

Messi’s tally of 25 league goals was his lowest for more than a decade but was enough to finish as the division’s leading scorer for a fourth consecutive year, the Argentine superstar adding a record-breaking seventh Pichichi Trophy to his extensive collection of honours.

The forward was once again ably supported by a 16-goal haul from Luis Suarez, whilst Messi’s 21 assists – a new landmark in Spanish top-flight history – meant he directly contributed to 53.48% of Barcelona’s total league goals.

Atalanta’s recent rise has seen the Italians emerge as a neutral’s favourite of late, their free-scoring attack winning many plaudits as Gian Pierro Gasperini’s side continue to punch above their weight.

Last season saw the club qualify for the Champions League for the first time and that success has been followed by a second successive third-placed finish, Atalanta finishing as Serie A’s leading scorers in consecutive campaigns.

‘Papu’ Gomez continues to pull the strings for the side despite his advancing years and finished with a league leading 16 assists, their even spread of goalscorers evidenced by the return of wing-back Robin Gosens – the German scoring nine goals and providing eight assists as Atalanta continue to make a mockery of Italian football’s traditional defensive stereotypes.

Bayern Munich racked up a century of goals as the German giants claimed their eighth consecutive Bundesliga title this season, the Bavarian’s tally hugely impressive given their 34-game season in comparison to their European counterparts.

After a stuttering start to the campaign the appointment of Hansi Flick in November provided Bayern with a new found freedom in attack, their almost flawless second half of the season delivering yet more silverware to Munich and seeing the club finish just one goal short of their own all-time record.

Robert Lewandowski enjoyed the best season of his illustrious career to finish as the Bundesliga’s leading scorer for a fifth time, the prolific Pole hitting a career-best 34 league goals and an incredible 51 in all competitions so far this season.

Lewandowski has been ably supported by Thomas Muller who has enjoyed a stunning season of renaissance, the German setting a new Bundesliga record for most assists in a single season with 21.

Bayern’s tally of 100 goals has been widespread and scored by 15 different players, though only Lewandowski and winger Serge Gnabry managed double figures.

Manchester City may have relinquished their status as Premier League champions but Pep Guardiola’s side undoubtedly remain one of the most potent attacking sides in European football, with no side in Europe’s top five leagues having managed more than their tally of 102 goals this season.

Defensive struggles have undermined their campaign but City are virtually unstoppable when they click into top gear in attacking areas, their list of impressive victories this season including an 8-0 win over Watford in September and five separate 5-0 victories throughout the campaign.

Raheem Sterling finished as the club’s leading Premier League goalscorer after reaching 20 league goals for the first time in his career, whilst Guardiola’s side became the first side in the division’s history to have five players reach double figures – a feat also achieved by Sergio Aguero, Gabriel Jesus, Kevin De Bruyne and Riyad Mahrez.