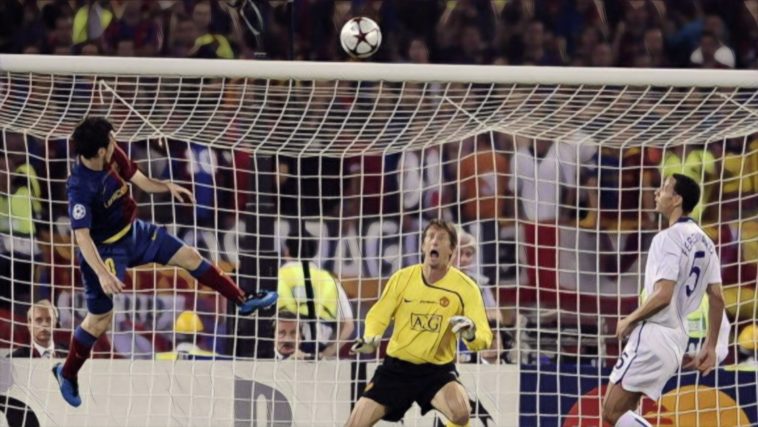 11 years after the 2009 Champions League final took place, we look back on the famous decider and the lasting legacy it had on football as a whole.

In hindsight it feels outlandish to say, but Manchester United would have headed into the match with relative confidence. They were the reigning champions, had just retained their Premier League crown and only a year previously had kept Barcelona scoreless over two legs in the semi-final.

Unlike their Catalan counterparts, United also had virtually a full squad available for selection, with Owen Hargreaves (injury) and Darren Fletcher, who was suspended after receiving a red card in the semi-final against Arsenal, the only first team players missing.

Barcelona’s backline was ravaged thanks to the suspensions of Dani Alves and Eric Abidal, while Rafael Marquez was out through injury. On top of that Thierry Henry, Carles Puyol and Andres Iniesta were not fully fit heading into the game, with the Spanish midfielder advised not to strike the ball with power as it would cause the torn muscle in his right thigh to re-tear.

This forced Pep Guardiola to get creative with his starting line-up. Midfielder Yaya Toure was slotted into the centre of defence alongside Gerard Pique, while Puyol was shifted to right-back and Sylvinho took the place of Abidal on the left. It was a makeshift back four and a clear weakness for United to target.

Luckily for them Barça were slow out of the blocks. Thanks to the Take The Ball, Pass The Ball documentary, we now know why: Guardiola organised a pre-match hype video that got the team too fired up with very little time to get ready before kickoff. Henry said that it was “so powerful, that it was too powerful.”

This allowed the English side some early opportunities. It was obvious from the word go what United’s game plan was: crowd the midfield, leave Cristiano Ronaldo up top as the lone striker and let him fire in bullets from range. The Portuguese had been firing in plenty of raspers in the warm-up and within the opening five minutes of the match he had taken two shots from outside the area; it was all on his shoulders.

On paper, the formation placed Wayne Rooney and Park Ji-sung as his partners in a front three, but in reality they were extra midfielders with the job of helping Anderson, Michael Carrick and Ryan Giggs subdue the hypnotic passing triangles of Xavi, Iniesta and Sergio Busquets.

It didn’t work and, despite being the better team for the opening eight minutes, it was Barcelona who took the lead against the run of play. Lionel Messi’s role as a false nine confused the United defence, allowing Xavi the opportunity to drive forward before setting up Samuel Eto’o to score.

For a team that had been noted for their solidity, it was a poor goal to concede. The Cameroonian striker sent Nemanja Vidic for a walk before squirming the ball under the hand of Edwin van der Sar, who possibly could have saved the shot. Ferguson later referred to it as “shoddy defending”.

From then on there was only ever one team in it, as Barcelona passed their way around a beleaguered United side. RTE commentator George Hamilton summed it up perfectly: “it’s not poetry in motion, it’s geometry in motion.” And yet, they didn’t make their dominance count on the scoreboard, which gave Ferguson’s charges hope that they could still find a way back into the game.

United held on for dear life right up to the 70th minute. In the years before this decider a certain level of mysticism had been built up around the fact that Messi had never scored against an English team. This so-called greatest player in the world just can’t hack it against the game’s inventors. He wouldn’t fancy it on a wet Tuesday night in Stoke they said. And forget about his aerial ability, too.

All of that was obliterated in one fell swoop when Iniesta’s cross met the head of Messi, leaping through the air like a salmon on a bouncy castle, before the ball nestled in the far corner. Game over.

It was suitably fitting as well that Xavi and Iniesta – who would go on to become the first player to assist goals in three different finals – provided the chances for the goals. At the time they weren’t as heralded as some of the star names in the squad, but they were the true conductors of this fine team and continued to be for many years.

As good as they had been, this final was also the story of Ferguson’s errant tactics. The Scot left a lot of firepower on the bench, with Carlos Tevez, Dimitar Berbatov and Paul Scholes only coming on in the second-half. United’s fearsome front three of Tevez, Ronaldo and Rooney had caused serious damage in the previous two years, yet Ferguson chose to go another way.

Even allowing for the fact that the Argentine forward was on his way out as his relationship with the club deteriorated, it seems bizarre that Ferguson wouldn’t play his strongest attacking trio against a weakened defence. Replacing it with such a simplistic and transparent strategy only served to leave his star play isolated up top.

Ronaldo himself was displeased with the tactics. “We had ten [good] minutes and then we never found ourselves again,” he said. “The tactics were not good and everything went wrong.”

In the end, though, one can’t help but feel that any combination of players and tactics would still have fallen short against such imperious opposition. As Kevin Garside of The Daily Telegraph wrote at the time: “On this showing they are not in Barcelona’s league. None are.”

Two years later the rematch was set, this time in Wembley, although United’s ‘home’ advantage counted for nought. They did at least find the net, but in some ways this was an even more definitive and demoralising defeat than the first time around.

But it was that night in Rome that kickstarted the reign of arguably the greatest football team we have seen and may ever see. “It was like a statement to the world to say: the game has changed now, this is the new wave,” football writer and Barcelona expert Darryl Geraghty tells The Football Faithful.

Guardiola may only have managed Barcelona for four years, but the legacy of that team is clear for all to see. While the noughties were characterised by defensive, 4-2-3-1 football, the past decade has seen the game’s tacticians pivot to more proactive schemes, with 4-3-3 the most dominant formation of the present.

“The basic playing out from the back – which everyone is trying to do as second nature and not everyone can replicate – is one instance of how the game has changed, ” Darryl explains.

“They see the game in a different way. You can still play different ways and to your strengths, but even small things such as keeping possession, playing three up front and, even down to the grassroots level, teams are trying to take bits of what they can from that side.”

“Definitely one of the best teams I’ve ever seen if not the best. The influence that Guardiola has had on football at times is immeasurable when you see the influence in the countries he’s been in (as a manager).”

Read: The story of the golden boys from the Balkans – From Belfast to Santiago